Chance in a Million

If you were asked to name your top five favourite comedies from the 80s, then Chance in a Million is, more than likely, not on your list. One of the reasons for this is because the British sitcom originally aired on Channel 4, which, in the 80s, didn't attract the same viewing figures as BBC1 and ITV. Also, the sitcom is rarely repeated, and I had actually completely forgotten about the series until I spotted it on the ITVX streaming service during Christmas 2022.
So I decided to watch all three series again (although not in one sitting!) to remind myself of what it was all about. Talk about a forgotten gem, the sitcom is bursting with inventiveness, clever story lines and funny slapstick gags, and quite why it's never repeated is a mystery.
The sitcom originally aired on Channel 4 between 1984 and 1986 and was produced by Thames Television. There were 18 episodes in total. The very first episode aired on Monday 10th September 1984 at 8:30pm.
The series was produced and directed by Michael Mills, who had previously been the head of comedy at the BBC from 1967 to 1972. He also directed and produced 15 episodes of Some Mothers Do 'Ave 'Em, which starred Michael Crawford as Frank Spencer.

The lead character (played by Simon Callow) is an eccentric British man who is plagued by coincidences and, ultimately, ends up in some very unlikely circumstances. He speaks in a very unusual manner with shortened sentences, omitting personal pronouns, and will down a pint of beer in the middle of a sentence at least once in every episode - a trick pint glass was used which only contained a quarter of a pint. Despite his eccentricity, Tom is a character that I soon warmed to, and Callow is obviously having immense fun playing the role. 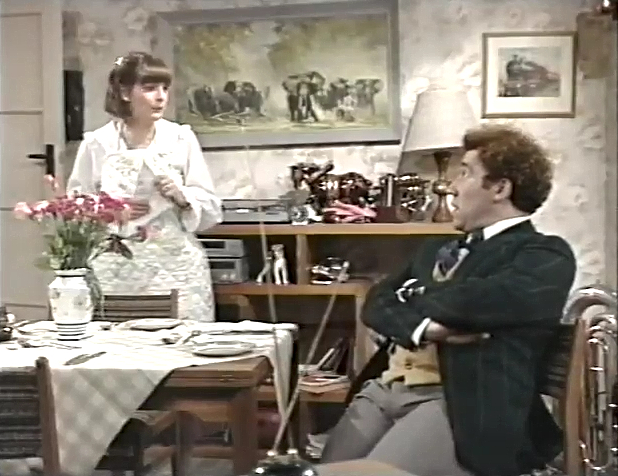 Tom often ends up getting wrongly arrested in the series, and Sergeant Gough (Bill Pertwee) becomes so used to him staying at the police station that he eventually orders his force not to arrest him under any circumstances.
Tom meets his nervous partner Alison Little (played by Brenda Blethyn) on a blind date in a hotel, except she isn't the lady he is supposed to meeting - his date ends up unconscious on the floor of reception after being hit by a rowing oar that Tom had placed precariously back on the wall, after using it to gain the attention of the rude male receptionist, who is wearing headphones and reading an issue of Look-In magazine.
Alison is a shy, nervous librarian, and is also a character that I warmed to instantly. The fact that she sticks with Tom, no matter what circumstances they find themseves in, causes much upset for her parents, who want her to find another, less troublesome partner - they also try to avoid being around him, knowing full well what the consequences will be!
I guess, both lead characters bear some similarities to Frank Spencer and Betty in Some Mothers Do 'Ave 'Em. As with Frank, trouble follows Tom around, and anyone who knows him avoids him like the plague! Alison is similar to Berry in that she is often a nervous wreck but also is very much in love.
Tom and Alison get married in the final episode of series 3, although the wedding is plagued by disastrous circumstances, of course! 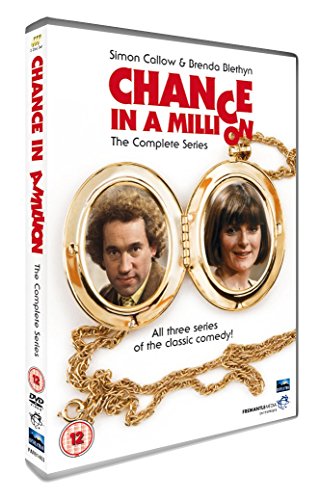 I really enjoyed the catchy theme music, which was composed by Ronnie Aldrich and was used throughout the entire series 1 to 3. It definitely has a 1940s wartime big band vibe.

Customers on Amazon give an average rating of 4.6 out of 5 stars

I have to say that I really did enjoy this comedy overall, although some of the settings become a little too absurd at times. It's certainly inventive and original, although I didn't enjoy series 3 as much as the previous two series as there seemed to be far more dialogue and less slapstick. Nonetheless, Simon Callow is certainly enjoying himself in the role throughout the three series, and this shows in his enthusiastic performances. Both Callow and Blethyn are fine actors and the writing is very clever, in which several chaotic sub plots or a chain of events often come together at the end, and it's comparable to One Foot in the Grave and The Brittas Empire in that sense, although this came first, of course. It just lacks a little finesse to earn a classic status - 7.5 out of 10.
You can currently watch Chance in a Million on the Britbox and ITVX streaming services. It's also available on DVD from Amazon.co.uk. 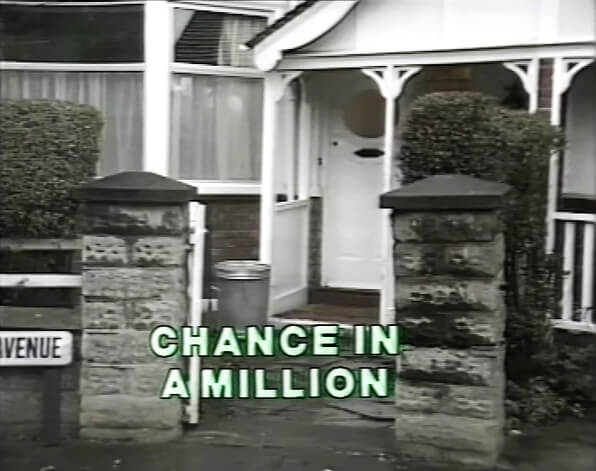 Dates shown are the original air date on Channel 4.

In 2022, Simon Callow reached the age of 63 and appeared in the Christmas Special of the BBC comedy Inside No.9.
Brenda Blethyn played the lead role of cafe owner kate Abbott in the ITV sitcom Kate & Koji, which aired from March 18 2020 to April 12 2022.