Don't Pay The Ferryman reached #48 in the UK singles chart in 1982, but reached #5 in Australia, #9 in Ireland and #34 America. The song featured on the album The Getaway, which was #1 in Germany and peaked at #30 in the UK album charts. The track includes lines from Shakespeare's The Tempest spoken by Anthony Head.

The Getaway features a pleasant mix of rock, pop and power ballads, and synthesizers feature quite heavily to add a wonderful atmosphere to many of the tracks. Don't Pay The Ferryman is particularly haunting, and like many of the songs on the album it has a story to tell. Thankfully, there aren't too many sugary songs which feature on his later albums. 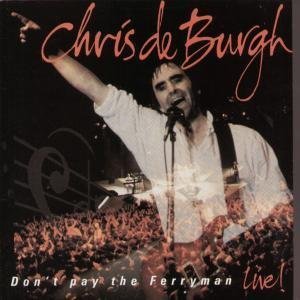 This is an awesome video clip from 1978 featuring Chris De Burgh performing A Spaceman Came Travelling live. Check out the flared trousers! The song was originally released in 1975, reaching #1 in Ireland, but has been re-released many times since then, including a remix in 1986 which reached #40 in the UK. 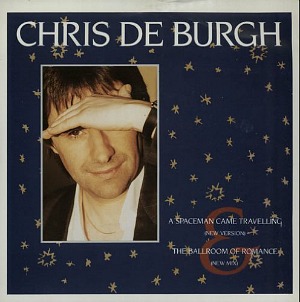