CLIFF RICHARD AND THE YOUNG ONES "LIVING DOLL"

So what happens when you take a bunch of anarchic comedians and put them in a recording studio with a clean cut pop star?
Well, the result was a chaotic version of a song that was originally a chart topper in 1959 for Cliff Richard and The Drifters. The new version of "Living Doll" was the very first single to be released to raise funds for the Comic Relief charity. This song also featured Hank Marvin, and the last time he recorded with Cliff was in 1975. 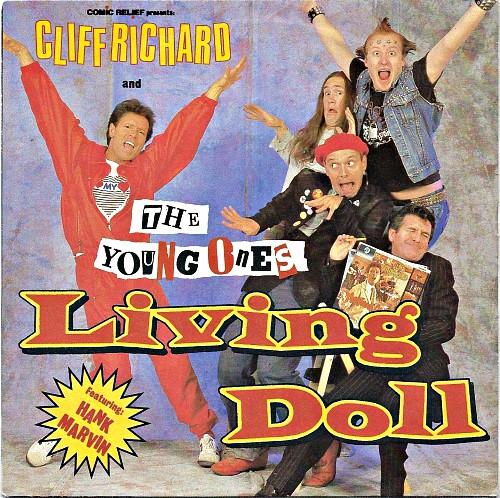 The video is anarchic fun (as you would expect), and I found it amusing to watch again after not seeing it for goodness knows how long. However, the joke quickly wore thin back in the day, particularly with the single being played to death on Radio 1. As with many comedy singles, this one had a short shelf life.
The single entered the UK singles chart at No.4 on 16th March 1986 and reached No.1 the following week, pushing "Chain Reaction" by Diana Ross down to No.2. The single remained at No.1 for three weeks, with around 1.5 million records being sold in total, which is slightly less than the 1959 version, which sold 1.86 million. The original was No.1 for six weeks and became the best-selling single of 1959. 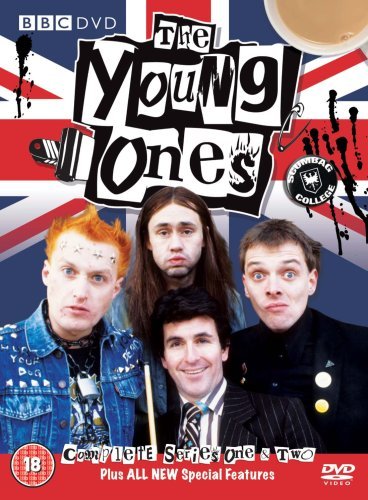 The Young Ones DVD - Complete Series 1 and 2BUY AT AMAZON

Interestingly, many singles from the 1950s were actually pretty short compared to the 1980s, and a quick browse through my Mum's old record collection shows that many singles were less than 3 minutes long. The original "Living Doll" lasted for only 2 minutes and 35 seconds. The 1986 version was 4 minutes and 18 seconds. Indeed, with virtually every artist releasing 12 inch versions of their hits during the 80s, you certainly felt you were getting value for money.
A 12" vinyl version was also released for "Living Doll" and includes the amusingly titled "The Disco Funk Get Up Get Down Go To The Lavatory Mix" (6:29)
The B-side on both the 7 inch and 12 inch lasts for over six and a half minutes and is entitled "All The Little Flowers Are Happy". However, it's not actually a song. Instead, it's The Young Ones larking about, which is actually a more interesting listen than the A-side! It starts with a few seconds of a rock n' roll style instrumental, before Vyvyan (Ade Edmondson) throws the band out of the window, apparently!
The song was originally penned by Lionel Bart for the film Serious Charge, which gave Cliff Richard his debut acting role as Curley Thompson, although it was only a minor supporting role.
The 1986 version gave Cliff a boost to his musical career, which had been flagging a little during 1984 and '85, with many of his singles failing to break into the Top 40 - even a duet with Janet Jackson "Two to the Power of Love" would stall at a lowly No.83.
Now, you may (or may not!) remember that during the 1986 Comic Relief broadcast on BBC1, the Young Ones announced that John Craven would be replacing Cliff Richard for their performance. Disappointingly, it was actually Cliff who sang with them - I would have paid good money to hear John Craven singing!
Fans of The Young Ones will know that in the TV series, Rick (Rik Mayall) is actually a huge fan of Cliff, and the series itself was, of course, named after the No.1 song from 1962 by Cliff Richard and The Shadows.
Neil from The Young Ones (Nigel Planer) had already hit the charts back in 1984 with his version of "Hole In My Show", which reached #2 in the UK. 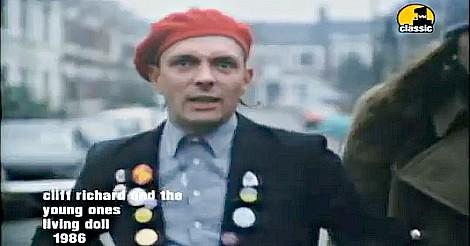 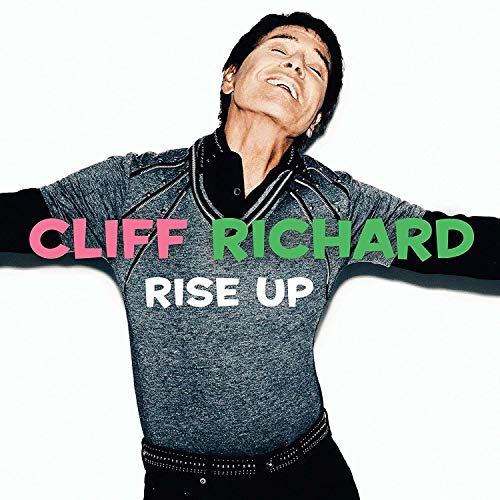