If you were a child of the early 80s, then you may well remember settling down on a weekday lunchtime to watch Cockleshell Bay on ITV. Created by Cosgrove Hall (who also created Danger Mouse) for Thames Television, this enchanting clay model animation originally aired between 6th May 1980 and 1st July 1986, and was shown once a week.
The programme actually started out as a feature in Rainbow (hence the rainbow design in the logo), which was also broadcast once a week on an ITV lunchtime slot. There were 8 series in total, with 13 episodes in each series, lasting for around 10 minutes each. One series was shown each year, except for in 1981 when both series 2 and 3 were broadcast. 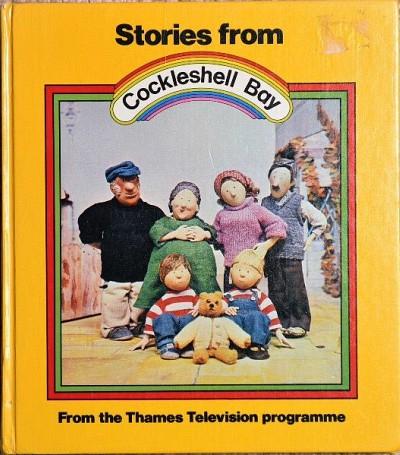 In the episode above, the twins are introduced to the pirate seagull. They also feed Fury the Donkey some biscuits and make a boat out of an old bath tub.
The storylines revolve around twins Rosie and Robin Cockle who live with their parents Christopher and Helen who have escaped the rat race and hectic city life. They reside at the Bucket and Space guest house, which is at the end of a row in the seaside town of Cockleshell Bay. Both twins wear a jumper with red and white horizontal stripes. Rosie wears blue dungarees and Robin wears blue jeans.
The director was Jackie Cockle, who specialised in British stop frame animation and also worked on Chorlton and the Wheelies and many other well-known animations.
They also have a helper, Gran Routy, who is not actually the twins grandmother, but has many grandchildren of her own. Later on in the series, a baby sister (Holly) is born into the family.

Other characters in the series

Mr. Ezikiel Shipham, who is nicknamed Mr. Ship owns the boatyard next to the guest house. The twins sometimes venture into the yard and act out an adventure. A half-finished boat lies in the yard throughout most of the series, and I'm not sure whether it was ever finished?

Mr. Fingham (known as Paddy Gingal) who owns a donkey called Fury which he uses to give rides to children down on the beach. Fury is looked after by Mr. Ship and kept in a stable at the boatyard. Robin and Rosie regularly visit Fury and feed him a carrot (or biscuits) and make a fuss of him.

Benn Gunn the pirate seagull is always hungry and has a crabby personality. 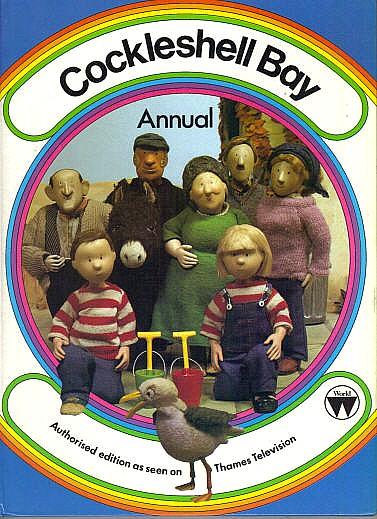 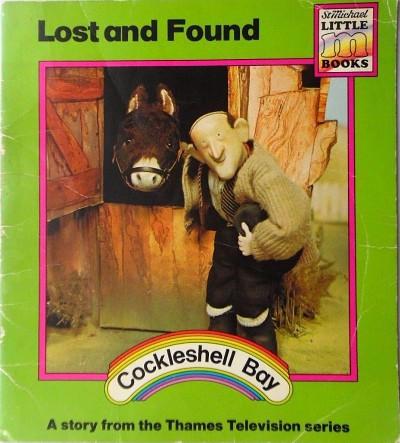 Paddy Gingal with Fury on the cover of a 1982 paperback

Pixie and Dixie and Mr. Jinks
Ragtime
Rupert Bear (Adventures Of)
Scooby-Doo, Where Are You!
The Adventures of Sir Prancelot

The Charlie Brown And Snoopy Show
The Flumps