The video clip above features the official movie trailer from the eighties. Arnie was well-suited to his role in the Terminator films, and while Commando didn't receive the same level of critical acclaim, it's still a fine action movie in which Schwarzenegger is very comfortable in his role as Colonel John Matrix.
The PlotMatrix is a retired Delta Force operative, and in the opening scene we see him living a peaceful life in the mountains with his daughter, Jenny. That is, until a nasty gang of criminals kidnap Jenny (Alyssa Milano) and also kill off his old colleagues from his unit one by one. The gang try to blackmail Matrix into carrying out a political assassination in Val Verde, for a dictator in South America named Arius. 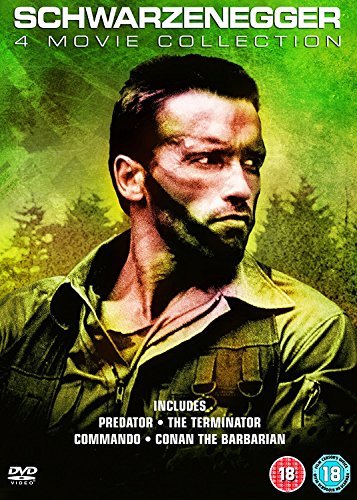 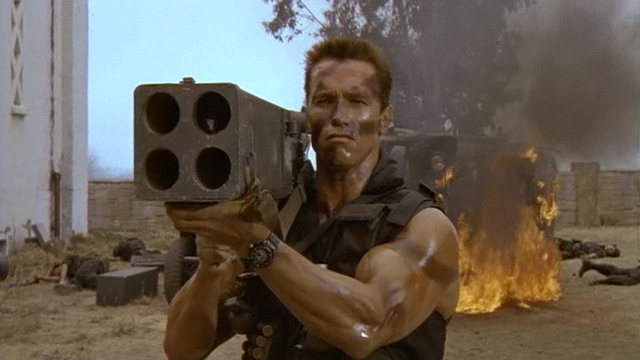 Whilst on a plane trip to Val Verde, Matrix kills his guard and jumps from the aircraft during take off. He then hijacks a flight attendant's car (She's called Cindy and played by Rae Dawn Chong) and demands that she follows one of Arius' men, Sully - queue an action-packed car chase. Matrix manages to locate Sully and proceeds to kill him by dropping him off a cliff - nasty!

After learning where Jenny is being held, Matrix arms himself with military weapons, but before he can set off to rescue her he is arrested by the Police. With help from the Cindy, he manages to escape, and they steal a seaplane and fly to the coast of the island where Arius is hiding. Matrix kills all of his private guards before eventually shooting and killing arius. He manages to find Jenny in the basement of Arius' villa, but has to deal with one more mercenary before he can rescue her.

Overall, this is a gripping, fun and fast-paced action movie which also features a great tropical-style soundtrack by James Horner, who has also composed the music for over 100 other films and TV shows. For me, this is one of the finest action films from the 80s. Schwarzenegger is on fine form and this isn't a movie that is supposed to be taken too seriously.

Yes, the villains seem cheesy now and Commando has been criticised for its violence and the lack of intelligent dialogue, but this is kind of what you expect from an 80s Arnie film - sit back and enjoy the ride!

"You're a funny guy Sully, that's why I'm going to kill you last".

After Matrix drops Sully from a cliff Cindy asks; "What did you do with Sully?"  He replies: "I let him go". 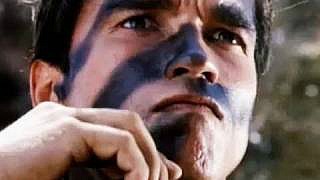 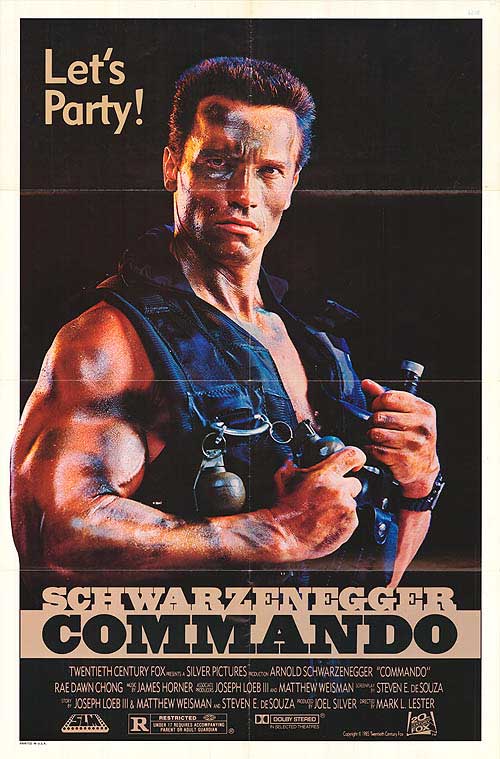