Jimmy Somerville and Richard Coles formed The Communards in 1985 after Somerville left Bronski Beat. Reverand Coles is a full trained classical musician and multi-instrumentalist. He left the music industry to become a priest, and was ordained in 2005. The duo's biggest hits were a cover version of Thelma Houston's "Don't Leave Me This Way" and a cover of The Jacksons "Never Can Say Goodbye", which was also covered by Gloria Gaynor.

The Very Best of Jimmy Somerville, Bronski Beat and The Communards

The video playlist (above) includes all of the hit singles from the band, plus a couple of extra remixes. While compiling it, I soon realised that it had been quite a while since I have heard many of these songs, and I've come to realise that The Communards really did release some high quality tunes which are better than anything being played on the radio these days.
Here is a list of the tracks in the playlist;
1. Don't Leave Me This Way (Original Extended Version)
2. Never Can Say Goodbye
3. Disenchanted
4. Tomorrow
5. So Cold The Night
6. You Are My World
7. For A Friend
8. There's More To Love
9. Never Can Say Goodbye (Shep Pettibone Mix)
10. Tomorrow (12" Extended Version)

YOU ARE MY WORLD

What great songs the Communards made, and Disenchanted is no exception. Sadly, due to WMG not allowing people to embed many Communards or Bronski Beat videos on their site, you can't view the video. That's despite the fact that you're given the option to purchase the songs from this site, and that non-official videos are allowed on Youtube.

Anyway, you can still listen to a snippet of the song which I hope will suffice.

Disenchanted was the Communards second single release taken from the 80s band's debut self-titled album. The song reached #29 in the UK, but it's such a shame that this song didn't make the top ten, at least.

"Don't Leave Me This Way" was released as the third single and became the band's best-seller, spending four weeks at No.1.

SO COLD THE NIGHT

The fourth and final single from the first album performed surprisingly well in the UK charts, reaching No.8. It was also a top ten hit in Belgium, Ireland, The Netherlands and Switzerland. THe track has a middle-eastern theme, with the opening of the video featuring desert imagery.

If you're a Communards fan with 11 minutes and 15 seconds to spare, then you're really going to enjoy this mix of "Never Can Say Goodbye" by the legendary Shep Pettibone. However, I couldn't believe that it had lasted that long when the video came to a halt, and that's the sign of a great mix - the original version is below.

Jimmy Somerville's voice is on top form on this Hi-NRG version of the song, which was the second single to be released from the duo's second studio album Red. The song reached #4 in the UK and was also a hit across Europe, and became their second biggest hit of the 80s, after Don't Leave Me This Way.

Never Can Say Goodbye was originally a hit for the Jackson 5 in 1971 and also for disco diva Gloria Gaynor almost four years later in 1975. 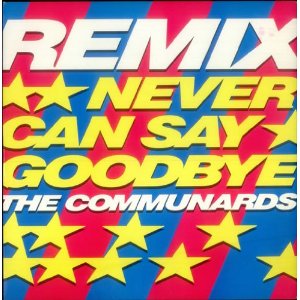 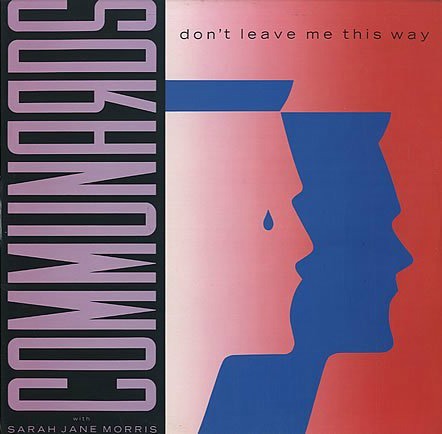 The 80s was the decade of the 12 inch, and this one is particularly good. As well as a very 80s bassline and drum track, it also features a wonderful piano arpeggio and electric guitar, and the latter came as a pleasant surprise, I must say.

Tomorrow was the first single to be released from The Communards second (and last) studio album Red. Released in 1987, the song reached #23 in the UK singles chart and also made #2 in the U.S. Dance Chart. 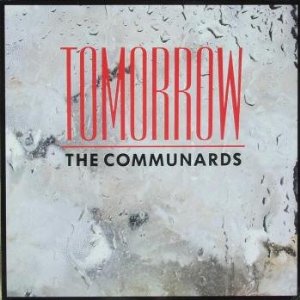