During the latter half of the 1980s it seemed like every Australian soap star wanted to venture into the world of pop. Kylie Minogue, Jason Donovan, Stefan Dennis etc., and this trend continued into the 90s.

The Australian actor and musician, Craig McLachlan, achieved success with four Top 40 singles during the early 1990s, although not all of them were with Check 1-2. The most successful was Mona, a cover of the B-side of Hey! Bo Diddley by Bo Diddley which was released in 1957.

The song has also been covered by The Rolling Stones (on their debut album) and Buddy Holly (not released as a single), but Craig's version was the most successful, reaching #2 in the UK in July 1990.

Rizzle Kicks (I've no idea who the heck he is and I really don't care!) also sampled Craig's version for the No.2 British hit Mama Do The Hump in 2011.

The song was lifted from the imaginatively-titled debut album Craig McLachlan & Check 1-2. Two more singles were released from the same album; the self-penned Amanda which peaked at #19 and I Almost Felt Like Crying which stalled at #50. 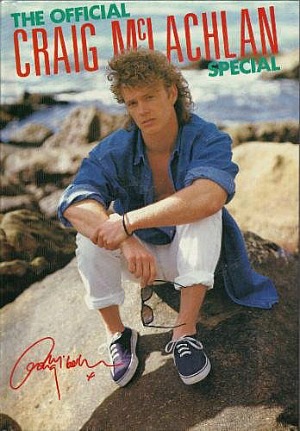 McLachlan is, of course, well-known for his role as Charlene's brother in the Aussie soap Neighbours between 1987 and 1989.-Charlene was, of course, played by Kylie Minogue. He then went on to play teacher Grant Mitchell in rival soap Home And Away from 1990 to 1991. 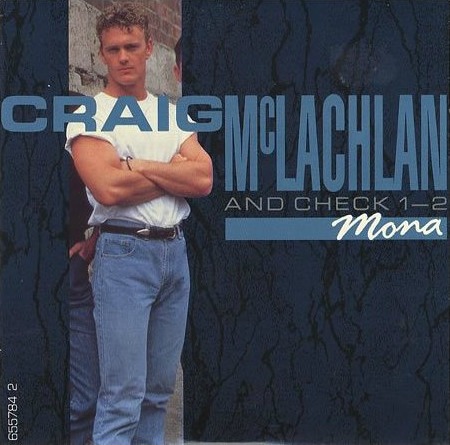 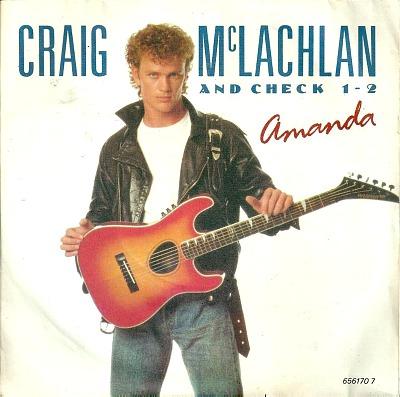 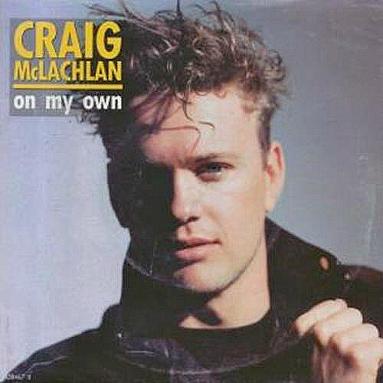 During the 1990s, Craig also released a number of singles without Check 1-2

During 1992, Craig appeared with the Australian cast in The Rocky Horror Show, playing the role of Frank N Furter. Their version of the Time Warp was released as a single, but failed to chart in Australia or the UK, although I am unsure as to whether it was actually released over here.
In 1995 and '96, Craig released three singles with the band The Culprits. These were If We Were Angels, Everyday and Hear The World Cry. The only single to chart was Everyday which peaked at #65 in the UK.

Craig also starred as Ed in three series of Bugs which originally aired on BBC1 from 1995 to 1998.
Embed from Getty Images
Worst Songs of the 80s

Craig Mclachlan appeared in the stage musical version of Grease as Danny Zuko (played by Jon Travolta back in the 70s, of course) during 1993 alongside Debbie Gibson . The singer had numerous chart hits between 1987 and  1989, but used the full version of her name, Deborah, during her time in Grease - don't you hate it when people do that?

WHERE IS CRAIG MCLACHLAN NOW?

During the noughties, Craig appeared in numerous TV and film projects, including the films Superfire, Hero's Mountain and Blackjack.

Craig was back in Australia during 2012 for the filming of the period drama The Doctor Blake Mysteries, in which he played the role of Lucien Blake which aired during 2013 and 2014.
In 2013, Craig toured Australia again with a revival of The Rocky Horror Show as Frank N Furter. In 2015, McLachlan appeared in the documentary Neighbours 30th: The Stars Reunite which was shown in the UK and Australia during March 2015.
Craig appeared in the 2016 Australian sci-fi movie Restoration, playing the lead role of Andrew Majury.
Embed from Getty Images