CULTURE CLUB "IT'S A MIRACLE"

"It's A Miracle" was the final single to be released from Culture Club's No.1 album "Colour By Numbers", and became the band's sixth consecutive top 5 hit single in the UK. Previous single "Victims" reached No.3 in the UK.
The song was penned by the band's flamboyant frontman Boy George during his first trip to the United States, and it's original title was "It's America".
The B-side featured a live version of "Love Twist". The original version was track 5 on side one of the band's first album Kissing To Be Clever. 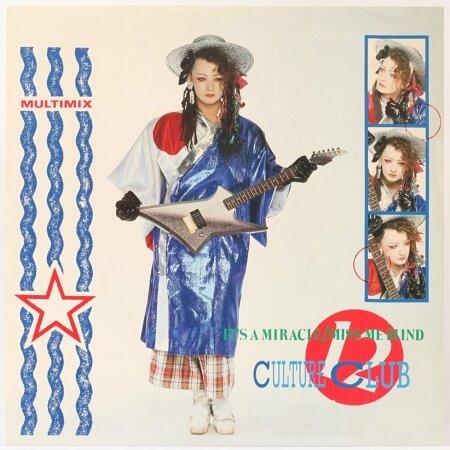 The 12" vinyl single also included a live version of "Melting Pot", which was a cover version of a track by Blue Mink. The A-side featured a multi-mix of "It's A Miracle/Miss Me Blind".
The song features a scat (around 2:31) by Helen Terry. Terry provided backing vocals on many of the band's songs, and featured in several of their videos and in TV performances.

"It's A Miracle" entered the UK singles chart at No.14 on 18th March 1984, making it the highest new entry that week. By 24th, it had climbed 10 places to reach a peak position of No.4 for one week. The single fell back to No.7 on April 1st, but remained in this position for two weeks before falling out of the top ten. The single spent a total of nine weeks in the UK Top 100.
The single was the worst performing of all the singles from Colour By Numbers, and was the first single by the band not to reach the top 10 in the U.S, stalling at No.12. However, it reached No.5 in Canada, No.5 in New Zealand, and No.2 in Ireland.

The music video was shot at Twickenham Film Studios, and features Boy George wearing very colourful 80s eye make-up.
It starts with a Japanese woman entering a large 5 and a quarter inch floppy disk into a computer. She then types in sync with the tropical intro of the song. The computer says "Go" (which makes a change from "no") on it's colour monitor. The Go becomes the square on a round Monopoly board, and the band members jump onto it. The board also has "It's A Miracle" printed on the inner circle. The band throw various objects to each other (including a hat, tape reel and guitar) and dance around on the different squares. In one scene, Boy George is covered in the pages of a newspaper. The Japanese woman joins them playing a guitar.
In the final scene, the Japanese woman is back in her computer room and stops the Monopoly board from spinning. Then she stares at her floppy - something I've done many a time! 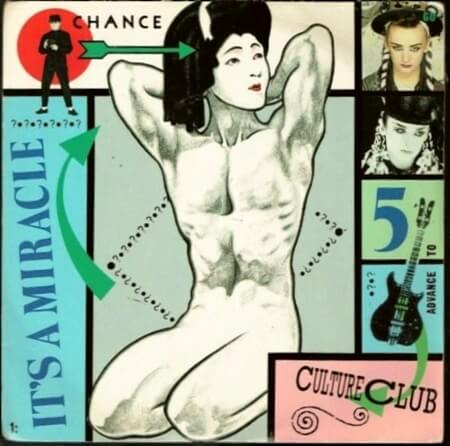 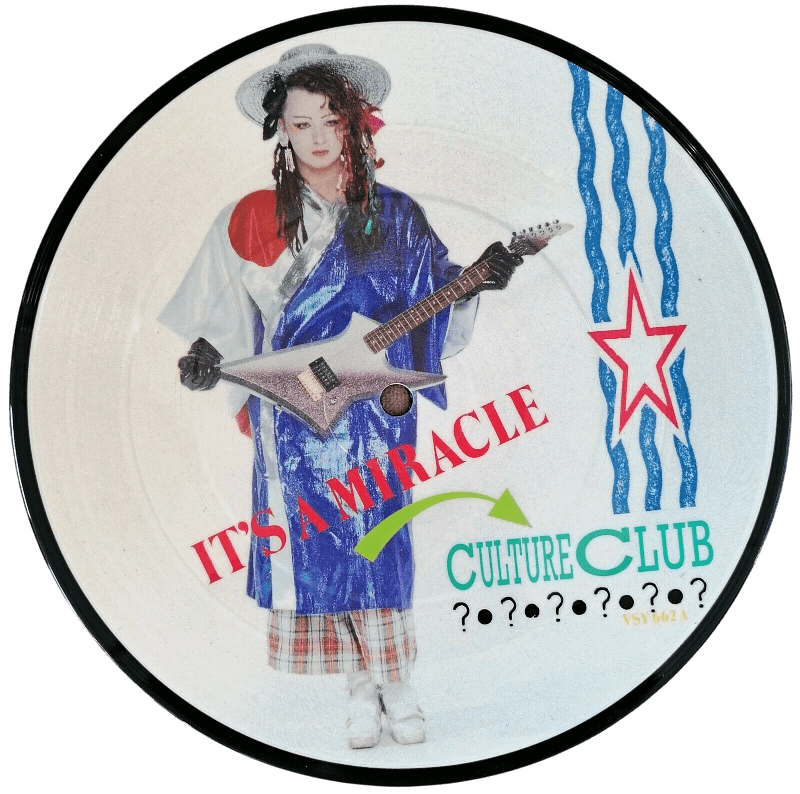 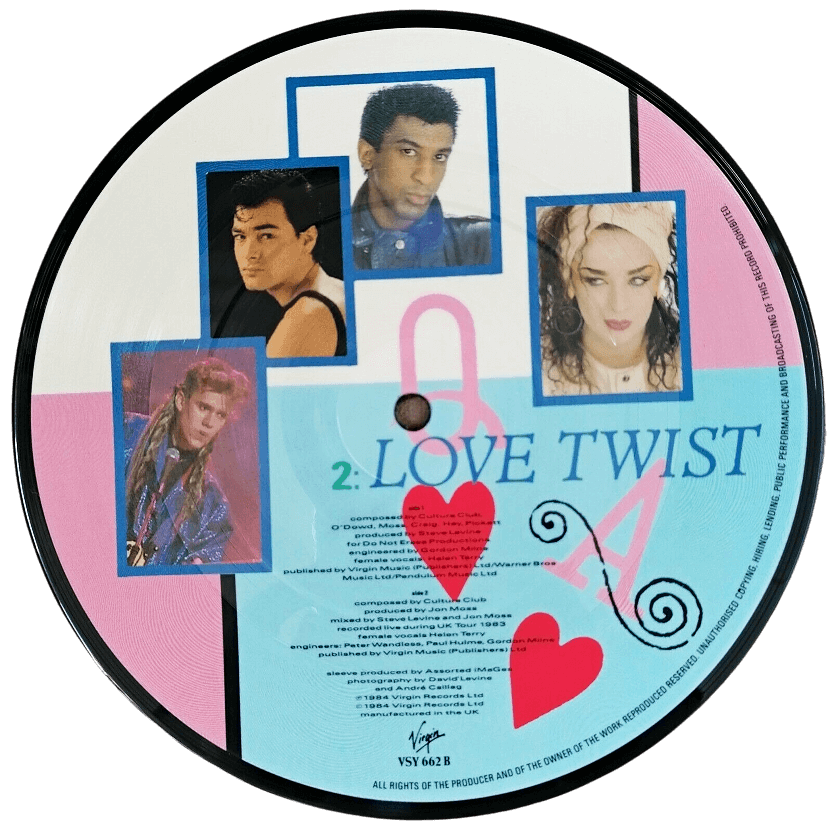 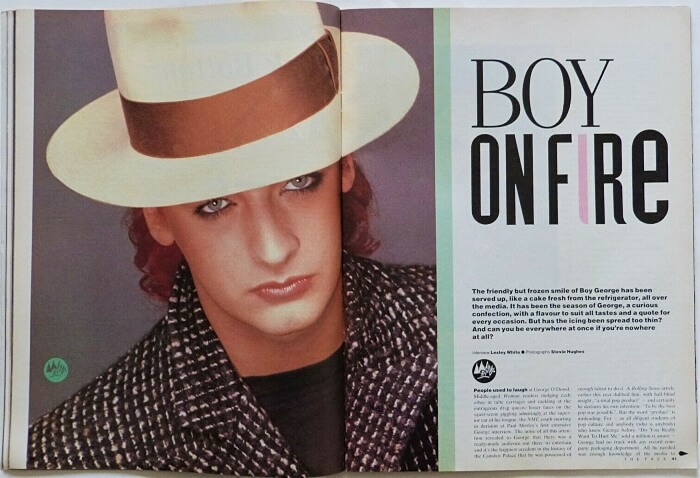 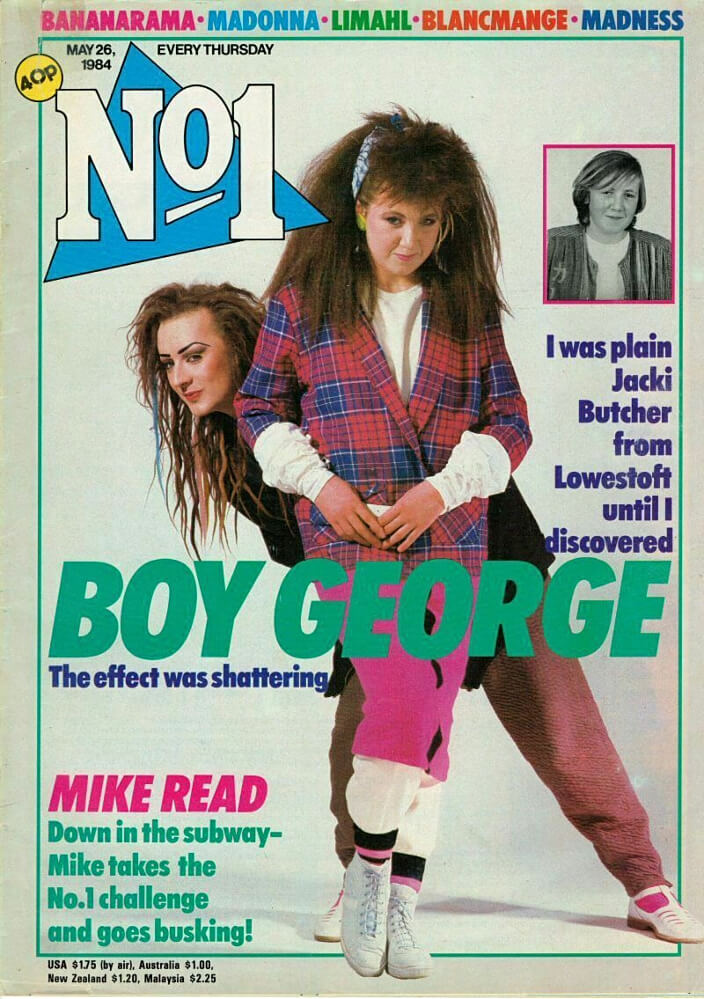 It's A Miracle Lyrics

Time (Clock Of The Heart) 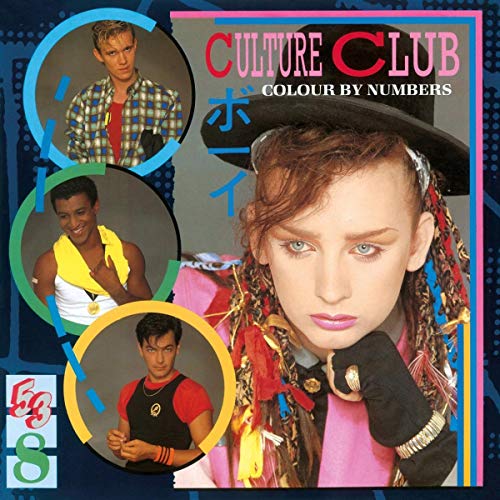