TIME (CLOCK OF THE HEART) BY CULTURE CLUB

Culture Club's fourth single (and second UK hit) was released as a non-album single, and was the follow-up to the band's No.1 hit "Do You Really Want To Hurt Me". However, in the U.S., the song was the second single from the album Kissing To Be Clever.
"Time (Clock of the Heart)" later appeared on the compilation album This Time: The First Four Years, which was released in 1987. 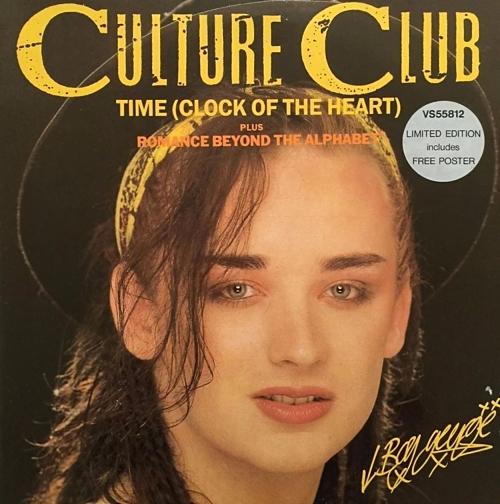 The 12" vinyl sleeve - this limited edition included a free poster

The single entered the UK singles chart at No.34 on 21st November 1982, and was the third highest new entry - Madness entered at No.32 with "Our House", and Ultravox enjoyed the highest new entry at No.28 with "Hymn". Culture Club's song proved to be a quick climber, reaching No.9 the following week and then climbing to a peak position of No.3 on 12th December. The single spent a total of 7 weeks inside the British top ten.
The B-side of the UK single featured the track "White Boys Can't Control It". In the U.S., "Romance Beyond The Alphabet (Time Instrumental)" was included instead. The UK 12" also included the original version of "Romance Beyond The Alphabet".
In the video, which was directed by Chris Gabrin, the focus is on the band in an old recording studio, which is not the studio they actually recorded the song in. From around 2:45 onwards, the video switches to a scene featuring the band sat watching themselves on TV at Christmas. Helen Terry (who provided backing vocals) enters as a housekeeper woman wearing a pinny and head scarf covering her hair curlers - maybe inspired by Hilda Ogden from Coronation Street? She enters the room with a clock cake. They eat the cake and drink from personalised mugs.
Although it was supposed to be light-hearted fun dress-up, apparently, frontman Boy George disliked the fact that Helen Terry was made to dress as a maid by Chris Gabrin. These days, of course, this would most definitely be viewed as "sexist" by the PC brigade, who seem to suck the fun out of everything in their quest to find negativity.
In some countries (including the U.S. and Canada) the single was released later in the spring of 1983, and the Christmas tree and decor were removed from the video. Apparently, frontman Boy George disliked the fact that Helen Terry was made to dress as a maid by Chris Gabrin, which was rather sexist.
The single sold over 500,000 units in the UK, receiving a gold certificate. It also reached No.2 in the U.S. and No.4 in Canada, Ireland and New Zealand.
Tubular bells on the song were played by band member Roy Hay, who also played electric guitar and provided backing vocals. Jon Moss also provided backing vocals, as well as playing the electronic drums. Mikey Craig plays keytar and moog. The 80s style saxophone solo was played by Nick Payne, and the strings were arranged by Trevor Bastow. The producer was Steve Levine. 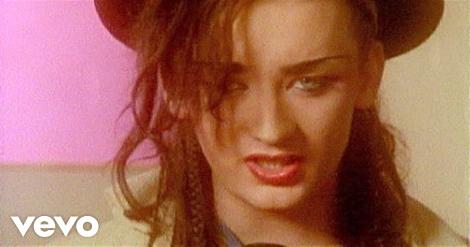 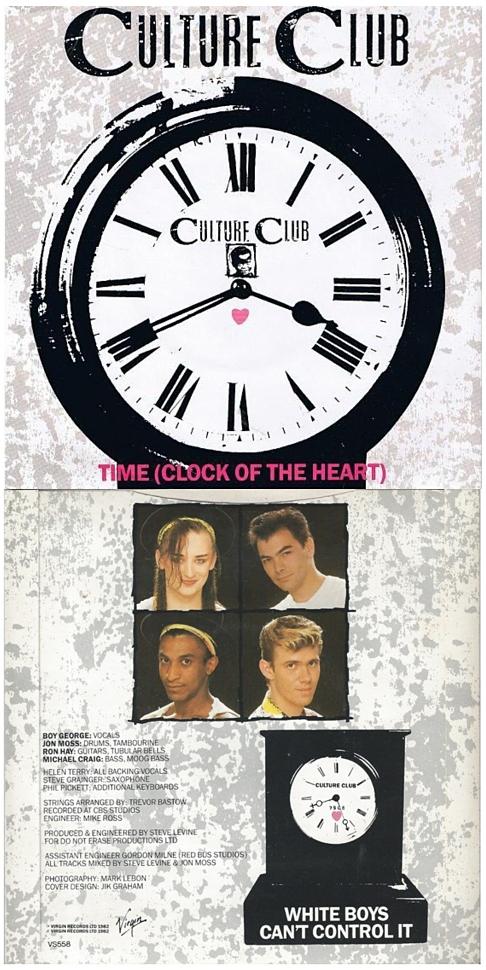 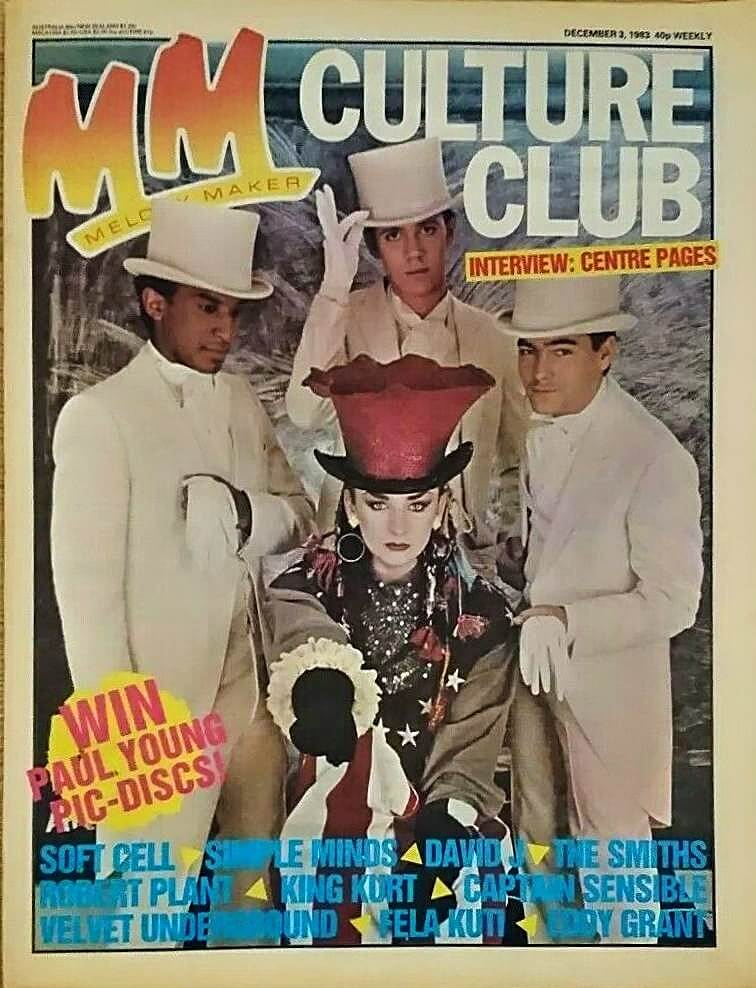 Lyrics for Time (Clock of the Heart) 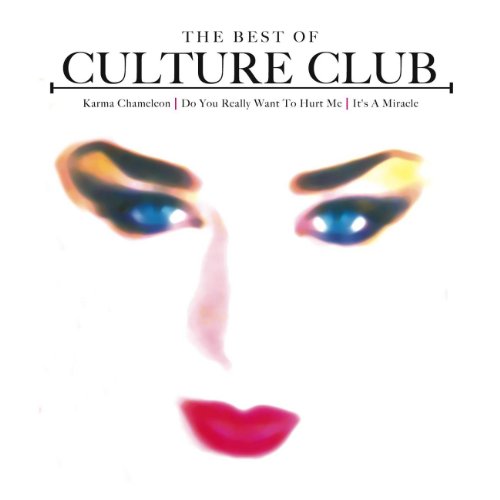