As I write, the new athletics season is fast approaching, although the dismal weather would have you believe otherwise. During the first half of the 1980s, a certain clean cut British decathlete was winning almost every competition he entered. Yes, it was, of course, Daley Thompson, who won gold at the Olympic Games in both 1980 and 1984, breaking the world record four times. 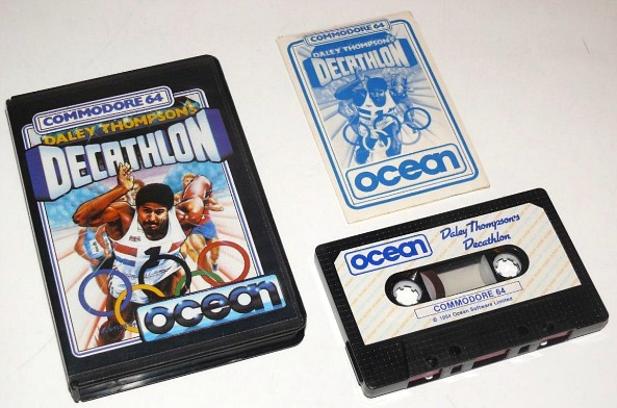 In 1984, Ocean Software decided to cash in on the athlete's success by releasing a home computer game. The aptly-titled Daley Thompson's Decathlon went on to become one of the biggest-selling game of 1984, winning numerous awards and breaking many joysticks in the process.
The game was made available for the ZX Spectrum, C64 and Amstrad CPC and originally went on sale for £6.90. It was later released by the budget label The Hit Squad for £2.99. The game was also included in Ocean's compilation series They Sold A Million.

The player controls Daley Thompson (there would be little point in controlling Sebastian Coe) and take part in ten events over two days. Now, if you can’t remember what these events were then let me jog your memory;

Unlike the real life Decathlon, in the simulation you have three lives - thankfully, in the real event you don’t actually lose your life, unless you manage to accidentally trip and stab yourself with a javelin or drop the shot putt on your head, of course.

The player is required to reach a minimum score in each event, and failing to do so causes you to lose a life. 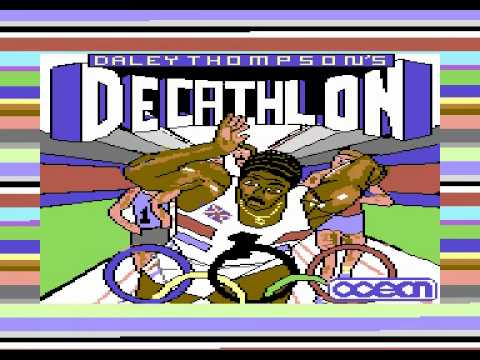 To enable Daley to gain momentum, you were required to vigorously “waggle” your joystick from left to right. It was at this point that your Mum would burst into the room with a cup of coffee. “What are you up to?”, she asked with a startled look on her face. “Erm, just waggling my joystick vigorously, Mum”, came the nervous reply.

The alternative was to hammer two keys on the keyboard, and as this was bbuilt into the the computer on virtually every model back in the day, it was far better to ruin your joystick - you could always replace it. And for Speccy owners, those fragile rubber keys were simply not up to much of a hammering.

However, you couldn't replace your wrist, and after a long session playing the game, you would need to give it a couple of days to recover before playing again.

The C64 soundtrack was composed by David Dunn and Martin Galway. The game's bleepy intro was based upon a track by Yellow Magic Orchestra called Rydee. If you managed to complete the game, then you would hear a nasty rendition of Chariots of Fire by Vangelis. However, there was no medals ceremony and you would just go back to the start of the game, which was rather disappointing.

The Commodore 64 with 64 built-in gamesBUY AT AMAZON

Controversially, Daley Thompson appeared as a white sprite in the ZX Spectrum game, and no one seemed to bat an eyelid. The reason for this is probably due to the Speccy’s limited colour palette and infamous colour clash problems. Overall, though, the graphics were pretty decent on all versions with smooth animation of the athletes. The controls were responsive, too.

In the first half of the 80s, software companies didn’t rely upon whole teams of programmers, musicians and artists to create a game. The limited memory capacity of the 8-bit computers didn’t allow for long video sequences or intros. Programmer’s could focus most of their attention on the gameplay and Daley Thompson’s Decathlon is a good example of this. The game is very playable and challenging, and I certainly remember having a lot of fun playing it. Overall score: 8.5/10 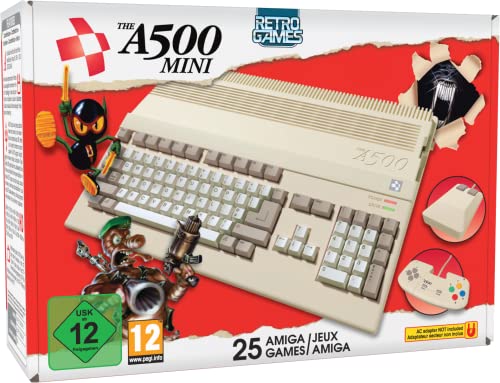 Commodore Amiga A500 Mini with 25 built-in games. Plus add more via USB.BUY AT AMAZON