DASTARDLY & MUTTLEY IN THEIR FLYING MACHINES

This cartoon originally aired between September 13th 1969 and January 3rd 1970 in the U.S., although I remember seeing the re-runs well into the 70s here in the UK, where the show's name was shortened to Dastardly & Muttley.

The video clip above features some of the best bits from the show. The main storyline in each episode revolved around the duo trying to catch a carrier pigeon known as Yankee Doodle Pigeon. Hence, the title music being called Stop The Pigeon. 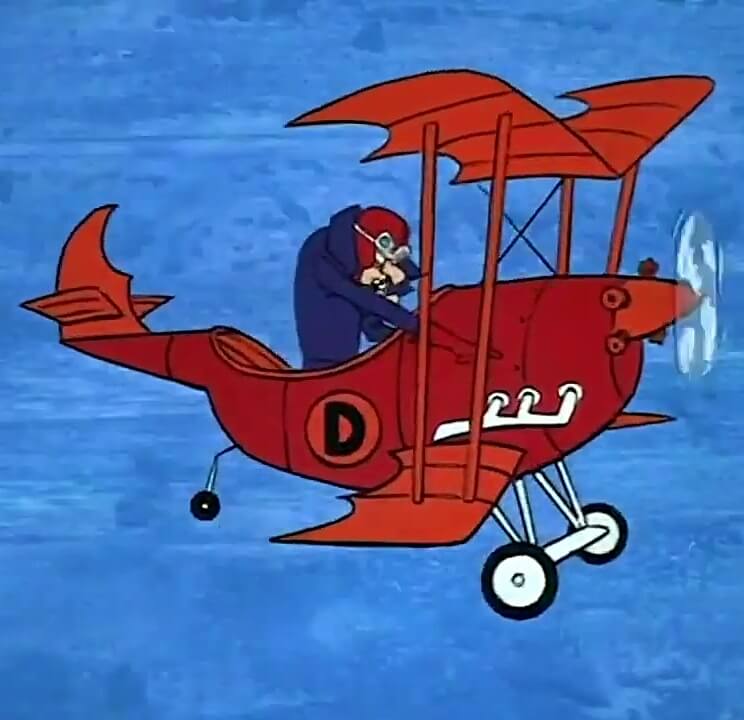 Created by Hanna Barbera, each cartoon show lasted for 22 minutes and also included an episode of Magnificent Muttley and a few Wing Dings gags. Other characters that featured in the main episode were a pilot in the Vulture Squadron called Zilly, and the chief designer and pilot Klunk. Another character called The General was never seen, but would shout his orders to Dick Dastardly down the telephone which would sometimes appear out of nowhere!

One of Dick Dastardly's most common catchphrases was "Drat and Double Drat!" He would also often shout out "Muttley, do something!" That reminds me of the Laurel and Hardy catchphrase, when in many episodes Oliver Hardy would ask Stan Laurel "Why don't you do something to help me?". In both cases you're left thinking why not try helping yourself?

All of the characters are part of the Vulture Squadron and each has their own aeroplane which is loosely styled on those used in World War 1. Different machines feature in each episode. 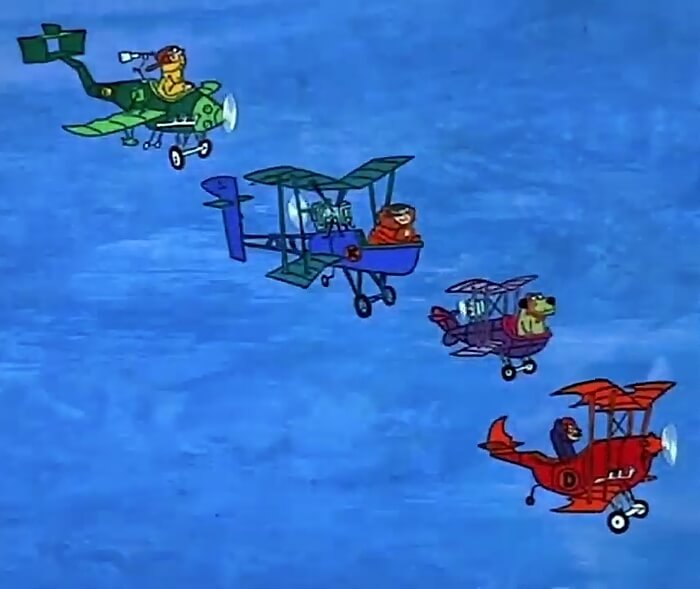 This screenshot is from the episode "A Plain Shortage of Planes", with each plane featuring the initial of the pilot in a circle, such as "D" for Dastardly, who pilots a red biplane. Muttley's biplane is purple and is the smallest in size. Klunk's biplane is blue and the largest of the four. Zilly pilots a green plane with just two wings but with a boxed tail.
In some episodes, Dastardly and Muttley fly together in one plane, and sometimes all of the squadron fly together in one ridiculously big plane which has multiple sets of wings, and probably woudln't fly at all in the real world!
Their mission in each episode is to stop Yankee Doodle Pigeon from delivering his message to the enemy army. 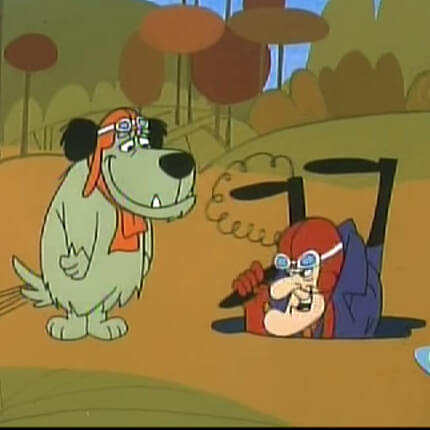