So what happens when you pair a smooth, cardigan-wearing WWII crooner with an androgynous, coke-snorting, art rock star? You get one of the most surreal and fascinating moments in music history, that's what!
Now, this was certainly an unlikely pairing, especially with Bing Crosby describing David Bowie as a "clean cut kid", and Bowie not really having a clue who Crosby was. The pair first performed the song for Crosby's A Merrie Olde Christmas Special in 1977 - this was Crosby's last TV show before his death on Oct 14th 1977 - while he was touring the UK. The show went out on Christmas Eve on ITV in the UK. 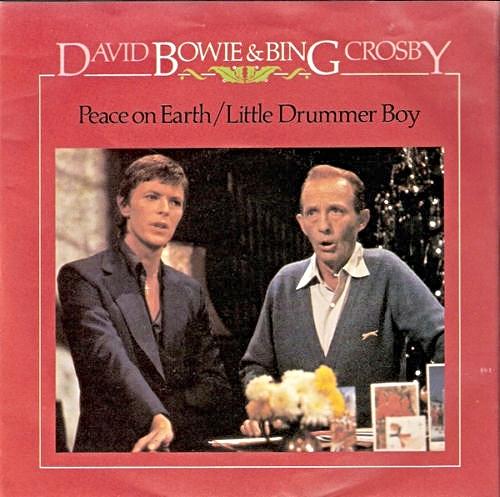 What made the duet even more unlikely is the fact that Bowie hated "The Little Drummer Boy", and made it very clear "I won't sing that song". He was extremely reluctant to sing with Bing, but eventually decided to do it for his mother, who was a fan, and because of the extra "Peace on Earth" segment which was quickly penned by Ian Fraser, Larry Grossman and Alan Kohan around a piano in a basement studio in 75 minutes. Apparently, Bing and David perfected the song in under an hour.
"The Little Drummer Boy", of course, is a traditional Christmas song that was written way back in 1941 by Katherine Kennicott Davis.
The B-side featured the track "Fantastic Voyage" by David Bowie.
The single entered the UK singles chart at No.73 on 21st November 1982, reaching a peak position of No.3 on 19th Dec, with "The Shakin' Stevens EP" at No.2 and "Save Your Love" by Renee and Renato at No.1. These positions remained unchanged for the 26th Dec chart.
The song became one of Bowie's best-selling singles, shifting around 454,000 copies in the UK alone. The video of the pair singing together often features on Christmas music nostalgia programmes. The song is particularly popular in the U.S. and Canada, where it has been played widely on radio stations during the festive season every year. 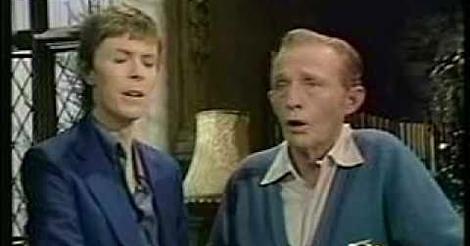 Under Pressure with Queen