"Blue Jean" was released as the lead single from David Bowie's sixteenth studio album Tonight. The single entered the UK singles chart at No.17 on September 16th 1984, making it the highest new entry that week, ahead of Queen's "Hammer to Fall" which entered at No.19. The single climbed to a peak position of No.6 the following week on the Sept 23rd chart, falling back to No.7 the following week starting Sept 30th. 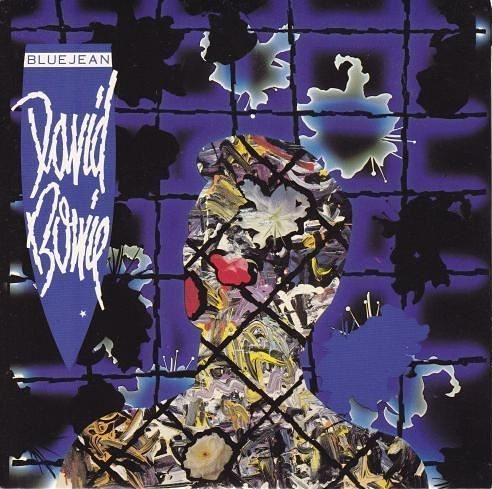 "Blue Jean" was written entirely by Bowie himself, and the only other track on the album penned only by Bowie was "Loving the Alien. The track was produced by Bowie, Derek Bramble and Hugh Padgham.
A 20 minute short film was released with the single entitled Jazzin' for Blue Jean, which was directed by Julien Temple. You can view this further down this page.
The B-side on the 7 inch vinyl featured the track "Dancing with the Big Boys", written by David Bowie, Iggy Pop and Carlos Alomar, and performed by Bowie and Pop. The song featured as the final track (9) on the Tonight album. Carlos Alomar also plays guitar on "Blue Jean".

The UK 12 inch vinyl included the Extended Dance Mix of "Blue Jean" (5:15) which was remixed by John Jellybean Benitez. Two remixes of "Dancing with the Big Boys" by Arthur Baker were also included. These were an Extended Dance Mix (7:28) and Extended Dub Mix (7:15).
Additional vocals on "Blue Jean" were provided by Robin Clark, George Simms ad Curtis King.
In the short film, Bowie plays two characters; a rock star called Screaming Lord Byron and a socially awkward character named Vic. The video starts with Vic pasting a poster onto a billboard outside a pub, which is advertising one of Screaming Lord Byron's shows. While up the ladder, he spots a girl he fancies, who is with her boyfriend.
In the next scene, Vic is wearing a Hawaiian shirt and sunglasses, and tries to chat up the girl, who is sat at a table in the pub. She has selected "Blue Jean" by Screaming Lord Byron on the video jukebox which is also playing on a TV screen. Vic tries to impress her by falsely claiming to be a friend of her favourite rock star and also claims that he also writes his lyrics. He makes a date with her to go to one of his shows, promising her that they will meet up with Byron. 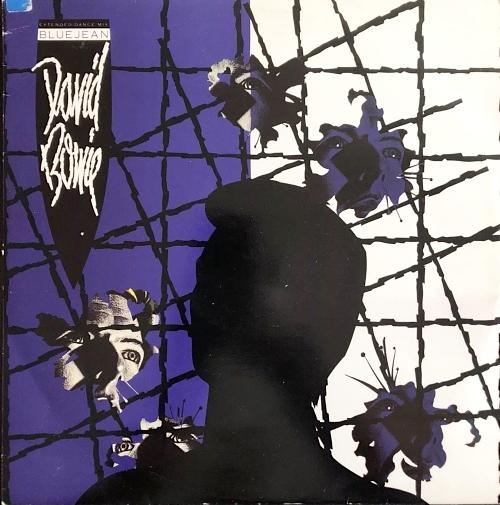 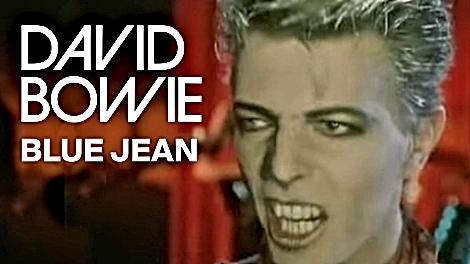