Ask anyone who lived through the 80s to name one Debbie Harry solo single, and this is the one most likely to be chosen, with "I Want That Man" running a close second, I suspect.
Released as the lead single from her second studio album "Rockbird", "French Kissin' was the highest-charting solo single in the UK for Debbie Harry, reaching #8, and also in New Zealand where it reached #2. This was also the only solo single to reach the top ten in the UK. In the U.S. and Canada, the song was not so successful, peaking at #57 and #96 respectively. 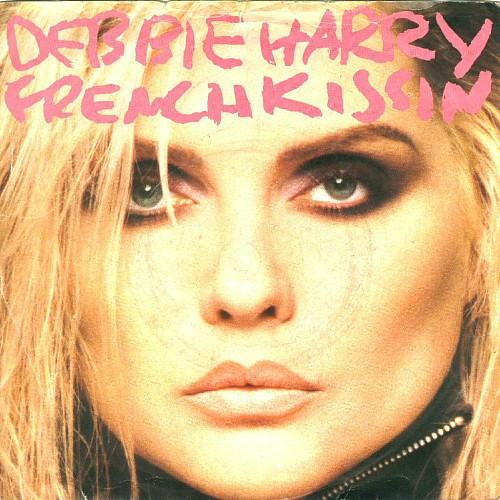 The single was penned by Chuck Lorre who went on to create the U.S. sitcoms Two and a Half Men and The Big Bang Theory. The B-side of both the 7" and 12" vinyl singles featured "Rockbird" as the B-side. The 12" version also included two extended mixes of the A-side, a "Dance Mix" (7:25) and "Dub Version" (8:02). The same tracks feature on the 7" ansd 12" limited edition picture discs that were released in the UK.
"Rockbird" was Debbie's best-selling solo album in the UK, achieving a gold sales certificate. It only reached #31 in the album charts, but sold more copies that her other two albums "KooKoo" and "Def, Dum & Blonde" which only acheived silver.

UK chart performance
Debbie did a series of television interviews and performances in both the UK and U.S. to promote the single which entered the UK charts at #27 on 9th November 1986. It climbed to #11 the following week, reaching #9 on week ending 23rd Nov and reached its peak position of #8 on the 30th Nov chart. In the same week, Europe were at No.1 with "The Final Countdown". The single fell back to #11 for the 7th Dec chart.
Cover Versions
Carol Chapman covered the song in 1987 and her version was played in the 1987 film Can't Buy Me Love and also the 1989 adventure comedy movie Troop Beverly Hills. 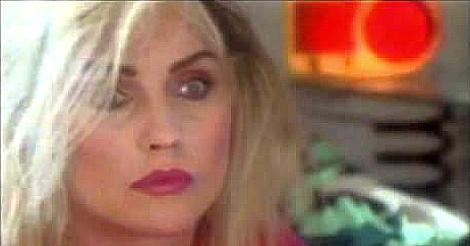 The Video
The video looks very much like it was made on a low budget, but has a great sense of fun. It is mainly focused around imagery on a vintage style TV in Debbie's bedroom. Some shots briefly show Debbie led on her bed in a pink dress (the bed has a camouflage duvet cover) as she angrily tries to change the TV channel with her remote. Briefly, we see three girls dressed as French Maids dusting the room and later miming to the lyrics. Actress Katey Sagal makes her cameo appearance in the video.
There are plenty of more surreal moments, including a couple sat on what looks like an inflatable rocket flying past the man in the moon. There is also a vintage black and white clip of the moon with a telescope (which was probably free to use) and we also briefly see a young lady trying to french kiss a Godzilla-like dinosaur!
Read “French kissin' in the usa” by Debbie Harry on Genius 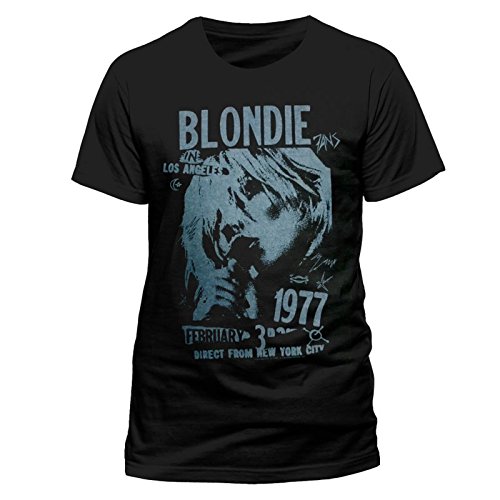 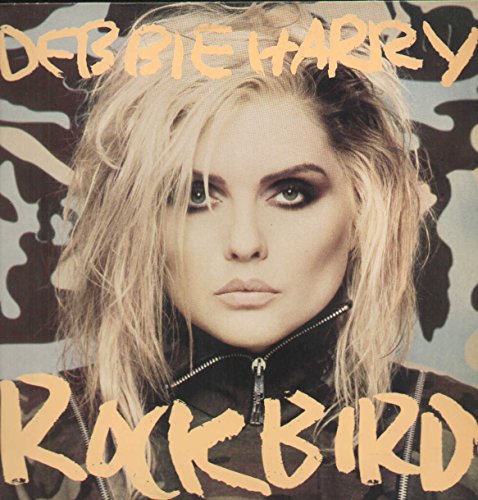