Debbie Harry in the 80s - Songs and Albums

Although Debbie Harry released some pretty decent songs as a solo artist during the 80s, very few of them were as commercially successful as the Blondie releases. I have always been rather baffled by this, as she released some really decent quality songs with infectious melodies.

Despite releasing 23 solo singles in the UK between 1981 and 2008, just four of these managed to break into the British Top 40. Surprisingly, none of her solo singles reached the top 40 in the U.S.
During the 1980s, Harry also provided guest vocals on a number of tracks for other artists, including "Sugar Daddy" and "Queen of the USA" on Thompson Twins Big Trash album in 1989. In the same year, she provided backing vocals on "Mashed Potato Time" and "German Kid" for Dee Dee Ramone's album Standing in The Spotlight.

"Backfired" reached #32 in 1981 (#43 in the U.S.) and was the lead single from her debut solo album Koo Koo. It was also her very first solo single release.
The lead single from her second album Rockbird "French Kissin' (in the USA)" became most successful single, reaching #8 during 1986. The vidoe featured a cameo by the actress Katey Sagal.
"I Want That Man" peaked at #13 in 1989, and was the lead single from her brilliant third solo album Def, Dumb & Blonde, in which, Deborah tells us she "Wants to dance with Harry Dean". This one definitely deserved a top 10 placing, although it was a No.2 hit in Australia.
Debbie had one more hit in 1993 with "I Can See Clearly", which reached #23. All of her other singles failed to break into the UK Top 40. She has, so far, released five solo albums, three of these during the 1980s.

Chart positions are for the UK, with numerals in brackets for the U.S.

Released by Chrysalis on July 27 1981, Debbie Harry's debut solo album, KooKoo, was her highest charting in the UK, reaching #6. However, in terms of overall sales (it received a silver sales certificate for 60,000 units in the UK), it was not as successful as her next album Rockbird, which achieved gold. In the U.S. and Canada, the album received a gold sales certificate, making it her most commercially successful album overall.
Singles released from the album were "Backfired" and "The Jam Was Moving", the latter reaching #82 in the U.S. 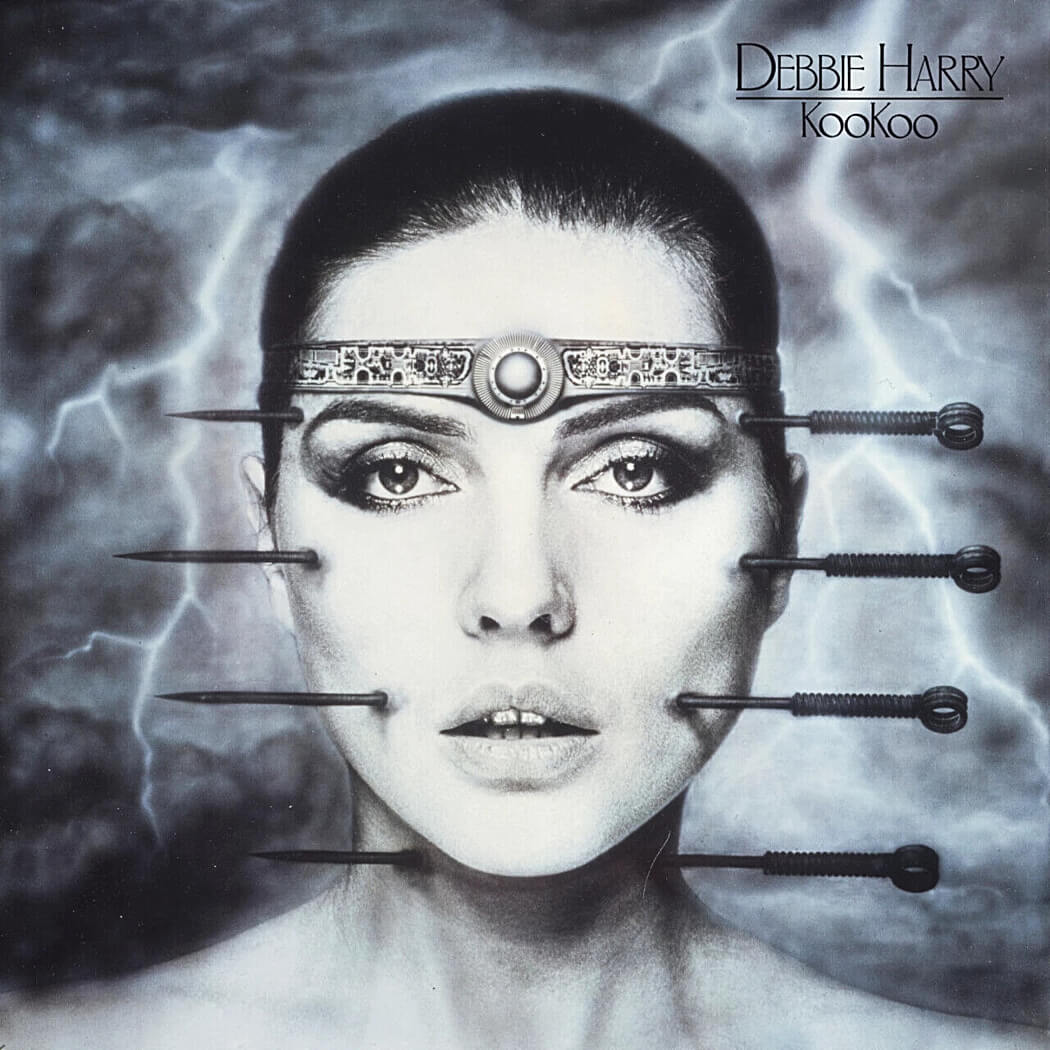 This amazing vinyl sleeve image was created by the Swiss artist H.R. Giger, and Debbie didn't feel a thing!

Harry recorded KooKoo whilst taking a break from Blondie with her then boyfriend Chris Stein. It was produced by Chic band members Nile Rodgers and Bernard Edwards (hence the funk, rap, disco and dance elements), who had become friends with the pair - they first met at Power Station Recording Studio in New York, during the recording of Blondie's Eat To The Beat album in 1979.
The album features some pretty amazing funky basslines and riffs, which are present right from the opening track "Jump Jump".
However, despite an impressive and energetic production, I do feel that the songs don't make the most of Harry's vocals, and I'm not a fan of the shouty rap on some of the songs such as "Backfired". "Now I Know You Know" is the exception here, which is a laid-back ballad which allow Harry's vocals to shine.
If you like reggae, then "Inner City Spillover" will definitely be your thing, and Blondie fans will enjoy the guitar rock in "Chrome", which features some impressive playing.
Many tracks will sound very unusual and hard to digest for those who became used to the Blondie sound, so if you want to check out one of Debbie's solo albums, then you may want to avoid this one and opt for Rockbird or Def, Dumb & Blonde instead, which are both definitely easier on the ear and more melodic.
So overall, I would rate this one 5/10. Nice production but some of the songs are quite weak.
Blondie Videos 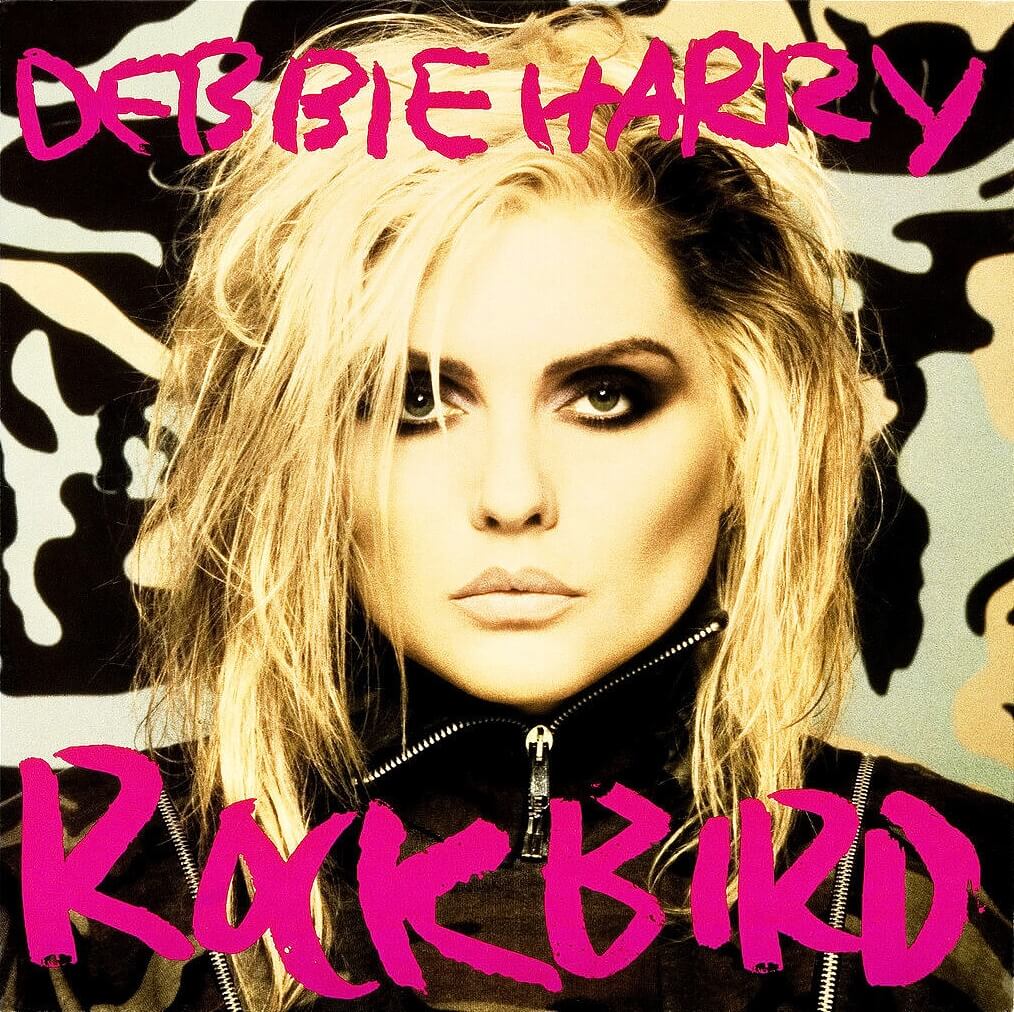 Harry's second album was released in November 1986 (by Chrysalis in the UK and Geffen Records in the U.S.) some four years after Blondie broke-up in 1982. Some reviews of the album were undeservedly negative, although Smash Hits magazine awarded a respectable seven stars out of ten.
Although it only reached #31 in the UK album charts, it remained in the chart for 11 weeks, selling over 100,000 units.
The three singles released from the album were "French Kissin' (in the USA)" (#8) *which featured "Rockbird" as the B-side, "In Love with Love" (#45) and "Free to Fall" (#46).
"In Love with Love" is my favourite track on the album with a very catchy chorus, and quite why it never charted a lot higher is hard to understand. For the album's finale "Beyond the Limit", Harry roped in Nile Rodgers again, and it's a funk rock explosion with a bassline is to die for - this is how KooKoo should have sounded!
Whilst there are elements Of Blondie here (several of the songs were co-written with Chris Stein), the songs on the Rockbird album are, thankfully, not completely replicating the band's material, and this made for a very entertaining listen. Despite a mixed reception from the critics, some fans rate the album as her best solo work, and I definitely enjoyed it a whole lot more than KooKoo, as it has more of a radio-friendly, pop rock vibe. The songs are pretty solid, and production-wise, it has aged very well.
However, it does seem a little unadventurous at times and feels rather safe, so for that reason I would award it a respectable 7/10.
There are four different sleeves, each with different coloured lettering in deep pink, yellow, green and peach. 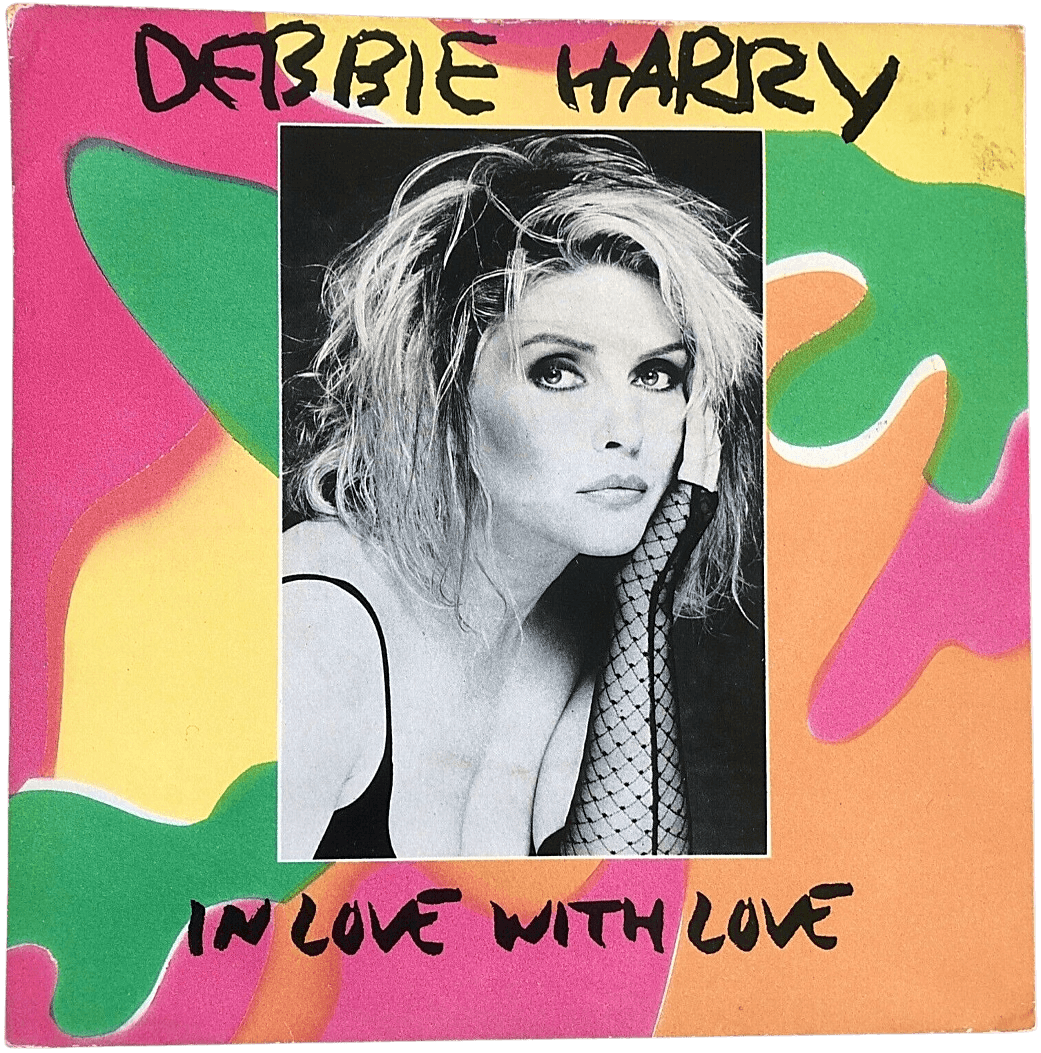 Debbie became Deborah for her 1989 album Def, Dumb & Blonde, and it seems that she saved here best material for her third solo album. Although more successful than Rockbird in the UK (peaking at #12), the album performed worse in the U.S., stalling at a paltry #123, which is a great shame, as this is an underrated gem.

I bought this album on cassette (The Compact Disc format was still pretty much in its infancy back then) and it hardly left my car's cassette player during 1989. It features an enjoyable mix of pop, punk, rock and reggae.
The brilliant lead single, "I Want That Man", was actually written by The Thompson Twins, and they also co-penned the track "Kiss It Better" with Deborah Harry. 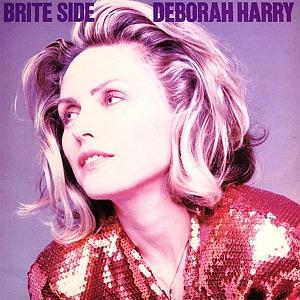 The following singles "Brite Side", "Sweet and Low" and the blondiesque "Maybe For Sure" were only very minor hits, failing to break into the UK Top 40 - you can listen to them all in the playlist at the top of the page.  I have never really understood just why they weren't successful, though, as they were really decent, well-constructed songs with infectious melodies.
The album has fifteen tracks compared to Rockbird's nine tracks, although the punkier tracks are quite short. Overall, the album is grittier and punchier than Rockbird, and breaks from the commercial pop rock at times with punk (such as "Bike Boy", "Forced To Live" and "Comic Books") and reggae ("I'll Never Fall In Love"), which is very welcome. Deborah even sings in Spanish on the beautiful "Calmarie". It's a very solid, energetic album and a whole lot closer to the Blondie sound, so if you're a fan of the band then this is definitely going to be enjoyable for you.
I would go as far to say that this is the perfect album, and I enjoyed every single track on here, so it gets a 10/10 from me.

I Want That Man

End of the Run 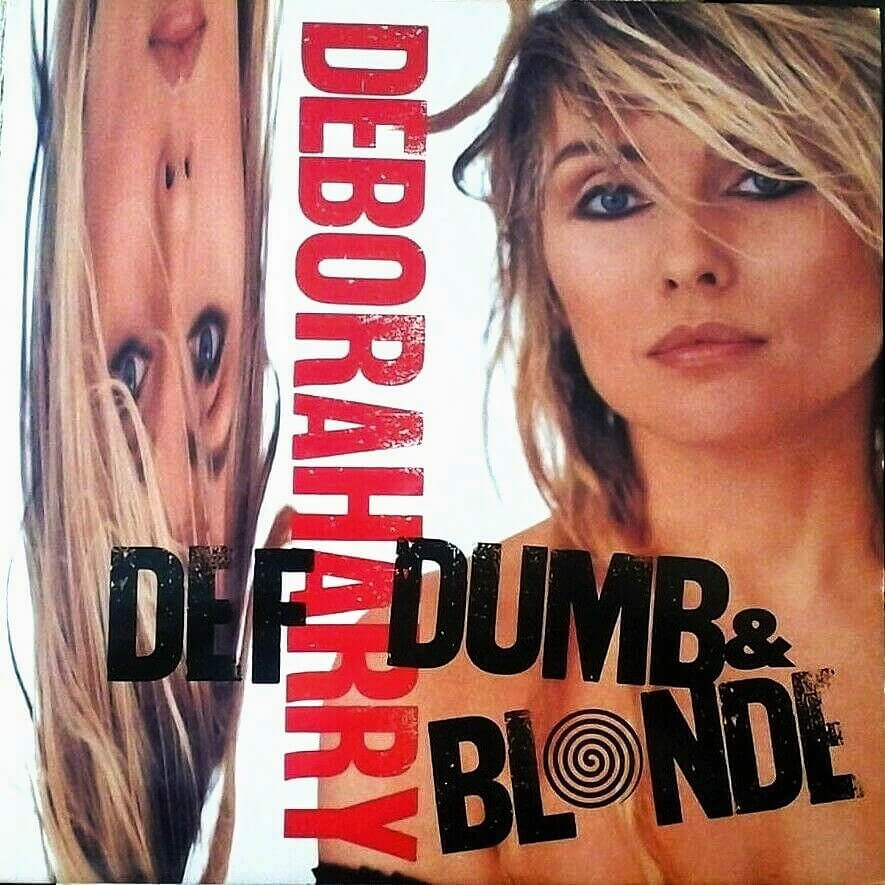 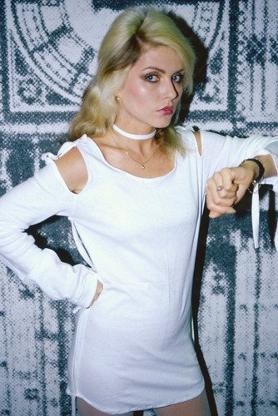 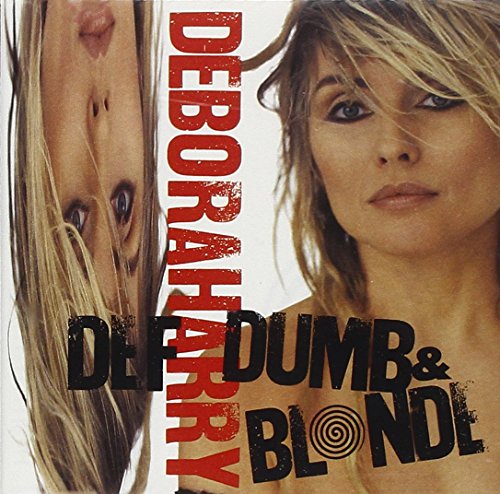