"Personal Jesus" was released as the lead single from Depeche Mode's seventh album Violator (the album was released in March 1990), and became the first major chart hit for the band since 1984 in the U.S., when "People are People" reached No.13.
The single entered the UK singles chart at No.25 on Sept 3 1989, making it the third highest entry that week. Prince was a new entry at No.20 with "Partyman" and Jason Donovan entered the chart at No.3 with "Every Day (I Love You More). "Personal Jesus" reached a peak position of No.13 for one week on Sept 10th, before falling one place to No.14 the following week. I've never really understood why the song never made the top ten, as it received plenty of radio airplay. 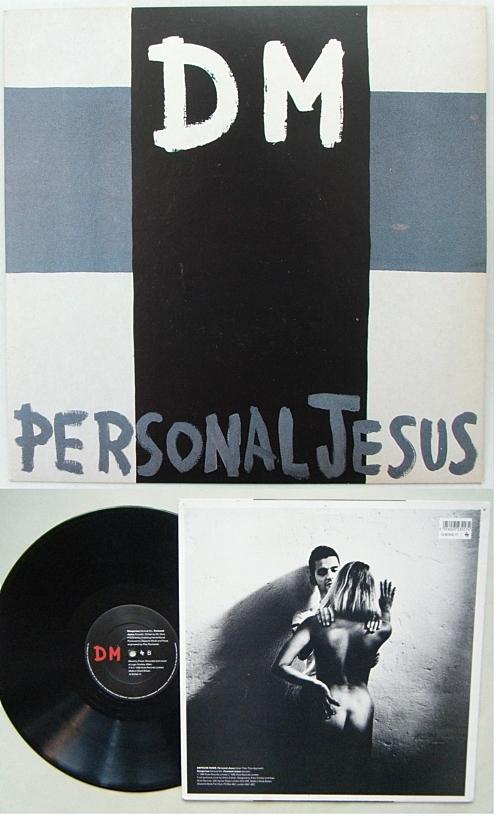 "Personal Jesus" reached a peak position of No.13 for one week on Sept 10th, before falling one place to No.14 the following week. I've never really understood why the song never made the top ten in the UK, as it received plenty of radio airplay. However, the single was a worldwide hit, reaching No.28 in the U.S., and reaching the top 5 in Germany, Italy, Spain and Switzerland. It became the biggest-selling 12 inch ever for Warner Bros, at the time.
Although this wasn't the first track by Depeche Mode to feature guitars, the song was unique in the fact that it used guitars as the main hook, rather than a synth, and also for the fact that there were many remixes by other remixers and DJ's, rather than by the band themselves.
Two separate CD singles and 12" singles were released in the UK with three tracks on each one.

"Personal Jesus (Pump Mix)" – 7:47
"Personal Jesus (Telephone Stomp Mix)" – 5:32
"Dangerous (Hazchemix)" – 5:34
Directed by Anton Corbijyn, the video featured an old Western theme with the band dressed as cowboys at a ranch, with several Spanish women. It was filmed at Tabernas in Almeria, Spain. Corbijyn worked with the band on numerous videos, and this was the first one to be filmed in colour.
The track was recorded at Puk Studios in Denmark and Logic Studios in Milan, Italy. The album version lasts for 4:56, with the single edited down to over a minute shorter at 3:44.
The lyrics describe being a Jesus for someone else, and were inspired by the book Elvis and Me, by Priscilla Presley, which describes Elvis as being her mentor. Written by Martin Gore, the song has been covered by many musicians, including Marilyn Manson and Johnny Cash.
The 12" rear sleeve (above) features Dave Gahan with a naked woman. A different band member is with the same woman on each different release. On the 7" vinyl it's Martin Gore, Andy Fletcher features on the cassette single and Alan Wilder is on the CD single. No doubt, the lads thoroughly enjoyed that photo shoot! 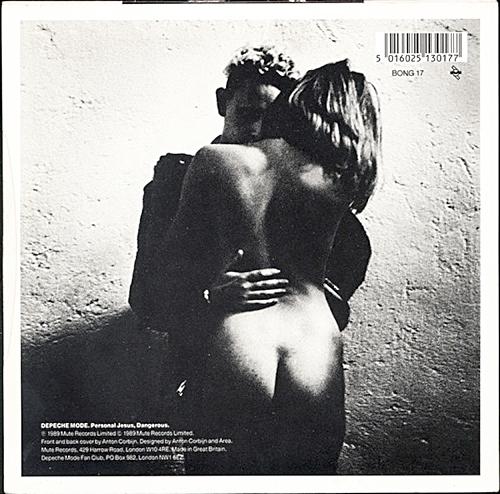 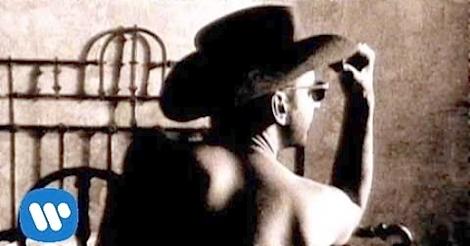