DEPECHE MODE "THE MEANING OF LOVE" 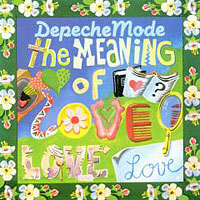 This was the second single to be released from the second Depeche Mode album A Broken Frame, and the follow-up to "See You". Released on April 26th 1982, the song peaked at #12 in the UK singles chart. It faired slightly better in Ireland peaking at #13, but was never released in the U.S.

The B-side features an instrumental created by Martin Gore entitled Oberkorn (it's a small town). The 12" vinyl featured "The Meaning of Love (Fairly Odd Mix) (4:59) and Oberkon (It's A Small Town) (Development Mix) (7:37).

A CD single was later released in 1991 which included all four tracks from both the 7" and 12" vinyl singles.

The video was directed by Julien Temple, who later directed the British musical film Absolute Beginners, which was released in 1986 and slated by the critics. Interestingly, the band didn't like this video (they can be seen performing on what looks like a very cheap and tacky nightclub stage) and it was not included on their first video compilation Some Great Videos.

One more single was released from the A Broken Frame album, which was entitled "Leave In Silence", and reached #18 in the UK. 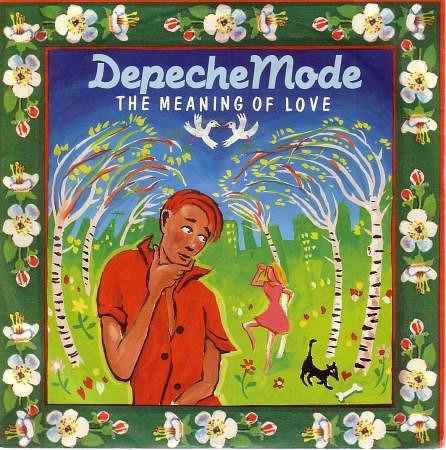 The Meaning of Love vinyl single

Lyrics for The Meaning of Love