Dexy's Midnight Runners are best-remembered not only for this No.1 single, but also for their distinctive 80s fashion styles including donkey jackets, woolly hats and dungarees.

"Come On Eileen" is probably best-remembered for managing to leave everyone feeling awkward at the disco when the tempo change kicks in. There we all were, standing on the dance floor just not quite knowing what to do with ourselves while waiting for the tempo to get back up to speed.

At the local club I used to go to, an annoying DJ also used to sing his dirty, alternative version of the lyrics every week; "lift up your dress, oh my God what a mess..". What was amusing in the first week, soon became an annoyance as we all just wanted to hear the song, not the DJ's irritating voice! 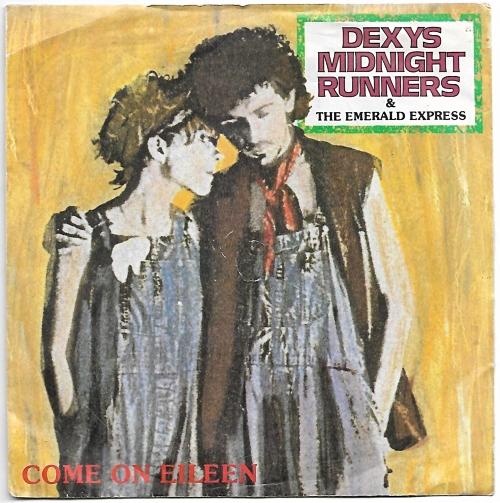 Come On Eileen was Dexy's Midnight Runner's second No.1 of the 1980s and was the band's biggest-seller, also topping the Billboard Hot 100. This was one of only two songs to enter the American charts, the other being a re-release of The Celtic Soul Brothers which reached #86, and #20 in the UK on it's re-release in 1983.

Released on 29th June 1982, the track was lifted from the band's second studio album Too-Rye-Ay, and won a Brit award for Best British Single in 1983.
In the video, Eileen is played by Maire Fahey, the sister of Siobhan Fahey (Bananarama and Shakespears Sister). It was filmed in Kennington, South London. The video also includes old footage of 50s musician Johnnie Ray, who is mentioned at the start of the song "Poor old Johhnie Ray".
The song was penned by Kevin Rowland, Jim Paterson and Billy Adams. The producers were Clive Langer and Alan Winstanley.
Both the 7" and 12" vinyl singles included the track "Dubious" as the B-side. The 12" also included "Liars A to E (New Version) - the original version had already been released as a non-album single, although it failed to chart.
"Come On Eileen" entered the UK singles chart at #63 on 27th June 1982, reaching #1 on 1st August, with Fame by Irene Cara falling to #2. The Top 5 remained the same for two weeks, and Dexys held on to the No.1 spot for four weeks until 29th August, when it was pushed down to #2 by Survivor's Eye Of The Tiger. To date, the single has sold over 1.4 million units.
The follow-up single, Jackie Wilson Said, reached #5, and during one Top Of The Pops appearance an image of the darts player Jocky Wilson appeared in the background, much to the amusement of everyone watching. However, this was actually the idea of the band's frontman Kevin Rowland, and not a mistake by the TOTP producer's as initially thought. 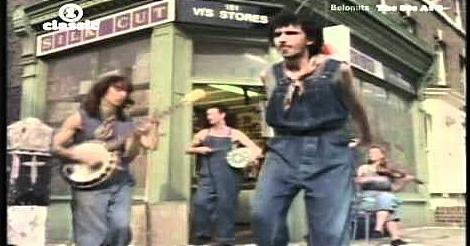 Lyrics for Come on Eileen