You just have to love this song... or do you? It seems that the co-producer of "Brothers in Arms", Neil Dorfsman, didn't like it, and even tried to exclude it from the album. The rest of the band insisted it should be included, thankfully.

Walk of Life was lifted from Dire Straits' fifth and most successful studio album Brothers in Arms, which reached Diamond status in the UK and 9x Multi-Platinum in the United States. In fact, every studio album that the band released acheived a minimum of Platinum status in the UK

The video above is the U.S. version which features clips of sports footage mixed with the band performing. The UK version is different, and features the band on stage mixed with imagery of a busker at what appears to be the a London tube station playing the guitar and wearing the same black and red shirt as Mark Knopfler.

Dire Straits also had twelve Top 40 singles. Other singles from the album (all Top 40 in the UK) were So Far Away, Money for Nothing, Brothers in Arms and Your Latest Trick.

Mark Knopfler dissolved the band in 1995 - rather quietly as the media seemed to miss this event -  and began a solo career the following year. 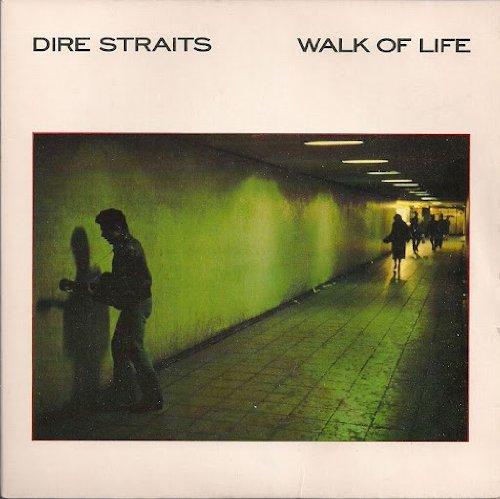 Lyrics for Walk of Life

Dire Straits - Money For Nothing