Here is some classic TV from the 80s. Here we have Colin Baker (the sixth Doctor Who) taking some nice live phone calls from the kids on Saturday Superstore (BBC1) with his sidekick Nicola Bryant (Peri) and host Mike Read, when The Master (Anthony Ainley) decides to ring in and spoil his fun - he sounds and looks like the perfect pantomime villain!

This is about as British as sci-fi can get, and I have a great fondness for the old Doctor Who series from the 70s and 80s, despite the dodgy sets and costumes!

The first Master to appear in the 80s was played by Geoffrey Beevers in four epidodes of The Keeper of Traken in January and February 1981. Anthony Ainley appeared in 11 stories (28 episodes) between 1981 and 1989. 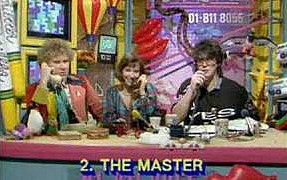 In this clip, again from Saturday Superstore, Colin Baker, Nicola Bryant and Jacqueline Pearce talk about season 22 of Doctor Who (which was upcoming at the time) with phone-in guests and presenter Mike Read. 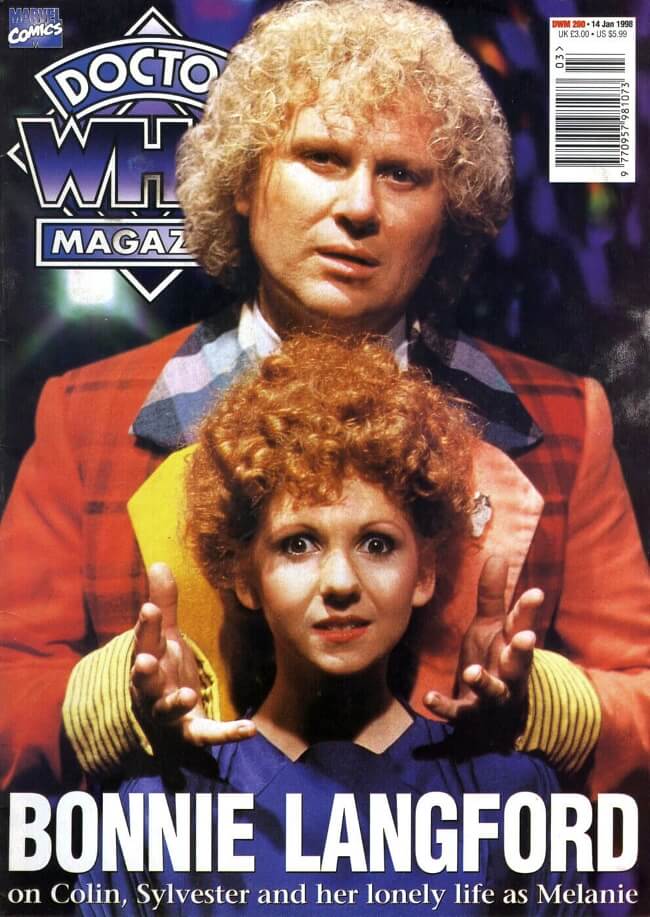 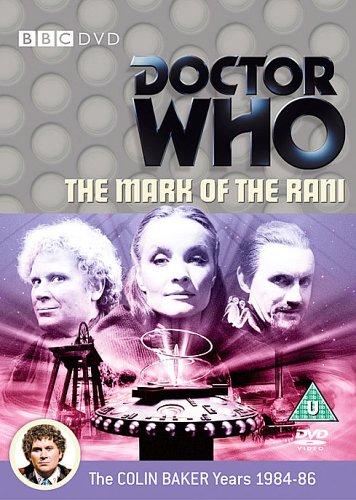 Colin Baker, Nicola Bryant and Anthony Ainley in The Mark of The Rani