"THIS TIME I KNOW IT'S FOR REAL"

This infectious single became Donna Summer's biggest since 1979, when her duet with Barbra Streisand "No More Tears (Enough is Enough) had reached #3. Almost ten years later, and, spookily, this song also reached #3. It was released as the lead single from Summer's fourteenth studio album Another Place and Time. The singer's last major hit in the states was "She Works Hard For The Money", which also reached #3 in 1983. 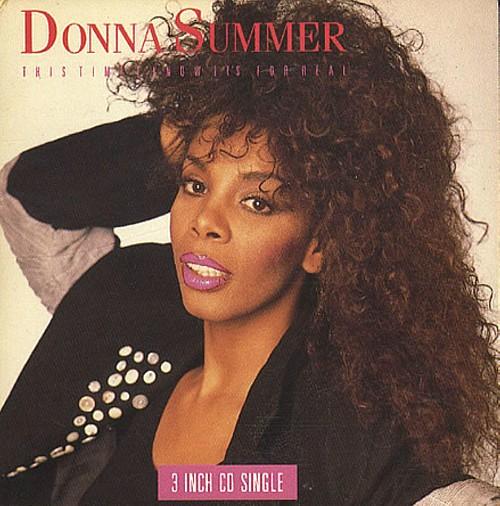 "This Time I Know It's For Real" was also the singer's highest-charting and best-selling single of the 1980s, and one of only two hits to reach the top 10 during the decade - the second was the next single "I Don't Wanna Get Hurt" which reached #7. Which goes to proves that S/A/W really had the golden touch when it comes to producing hit songs, whether you approved of them or not. Indeed, all of the tracks on Another Place and Time were written and produced by Stock, Aitken and Waterman, although Summer co-wrote a few of them, including this single.
I'll be honest, despite their domination of the charts in the late 80s, I wasn't a huge fan of the S/A/W sound, and you don't need me to remind you that pretty much every song had a very similar sound and style. For instance, this song could just as easily have been sung by Kylie or Jason. Nonetheless, Donna's soaring voice did help to add a touch of distinction and it was sung with conviction. I would also much prefer to hear Donna Summer singing a S/A/W track over Sinitta or The Reynolds Girls, that's for sure! With the hits drying up for Summer (pop is a fickle business), I guess, the singer needed some help to revive her flagging career.
Summer had been signed to Geffen Records (a division of Warner Bros. Records) since 1980 in the states. However, "This Time I Know It's For Real" was Summer's first release on Atlantic Records, which was also a division of Warner Bros. In the UK and Europe the single was released directly on the Warner Bros. label.
The B-side in the States was a version of the album track "If It Makes You Feel Good". In the UK, "Whatever Your Heart Desires (Original Mix)" featured as the B-side, which was another version of a track from the album. Extended and Instrumental versions of the A-side were included on the UK 12 inch.
Chart Performance
The single entered the UK singles chart at #42 on 19th Feb 1989, while Simple Minds were at No.1 with their Ballad of the Streets EP. It reached a peak position of #3 on 19th March, with Jason Donovan at #2 with "Too Many Broken Hearts" and Madonna at #1 with "Like A Prayer". These positions remained for the following week's chart on 26th March. The single spent a total of 14 weeks in the UK singles chart and also reached #7 in the U.S. and Canada.

The Video
Directed by the swiss director Dietter Trattmann, the video opens with a group of dancers doing what they do best (erm, dancing!) and surrounded by a whole lot of smoke bellowing from a smoke machine - as it does! To be honest, it isn't one of the more memorable videos from the 80s, and at least ninety per-cent of it simply features Donna Summer and the dancers against a fast-moving, headache-inducing backdrop. We do see Donna in a different outfit for a few seconds and a brief close-up of a map (for whatever reason!), but that about as exciting as it gets. 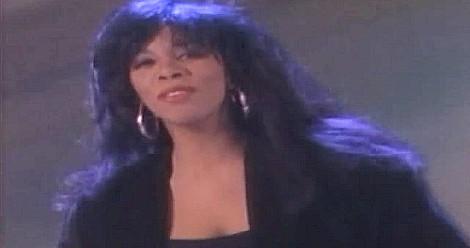 Lyrics for This Time I Know It's For Real

Kylie Minogue - Got To Be Certain