I'm always pleased to see new versions of classic games on my android tablet, although I'm quite often disappointed with the results.

Drop The Bomb is a colourful, cartoon-style version of an old classic that I first encountered in 1984. The wonky, hand-drawn buildings give this game a quirky appeal, and it certainly looks very different to the version I played over three decades ago.

Nonetheless, the basic concept of the game remains the same. Our video clip is slightly juddery, but the actual gameplay is a lot smoother, I promise!

Your plane is low on fuel and the only place to land is in an unpopulated city. You'll need to clear yourself a runway by dropping bombs on seven tower blocks which are of varying heights.

As with many games from the first half of the 80s, it is simple to play but harder to master. Bombs are dropped by simply touching the screen at the correct moment. You can release them in quick succession, although it is far wiser to drop them one at a time as your supply is limited to five in each round. You need to be accurate and it's all too easy to miss a building.

Your red propeller plane flies from left to right across the screen at an ever-decreasing height, and each bomb takes a chunk off the top of a tower block, which means you'll need to aim for the taller ones first. Miss one and your plane will plunge into the building, ending the game. You receive 10 points each time you hit a building.

The sound effects are excellent, with a whistling sound for each bomb drop (just like in the old war films) followed by a realistic explosion on impact. A nice touch is the nicely animated smoke plumes that bellow from each building. I also like the fact that your plane flies back to the left of the screen in the background, rather than simply reappearing as in the original 1980's game. The floating clouds are also a nice addition.

As mentioned, this is a game concept that has been around since the first half of the 1980s. The first version I ever played was on an Atari 800XL using a program I had typed in from a magazine listing in 1984. No doubt, even earlier versions of the game exist, maybe even on a basic ZX81, given the simple nature of the game.

Overall, Drop The Bomb is a decent, modern take on an 80s classic. However, I found it a tad too easy for my liking and the difficulty level needs to increase rather more quickly. Even in level eight I still found the challenge very easy, and I'm not particularly brilliant at playing video games. The problem lies in the fact that you can drop bombs in quick succession, whereas in the original games you would only be able to drop a bomb after the previous one had made impact. The plane should also increase in speed. Fix this, and you would have a corker of a game! 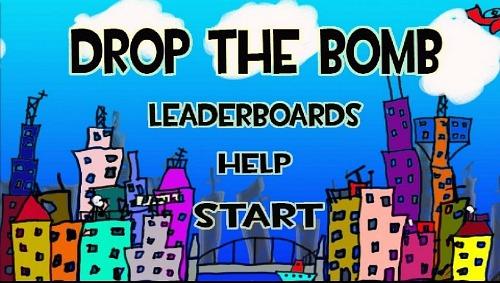 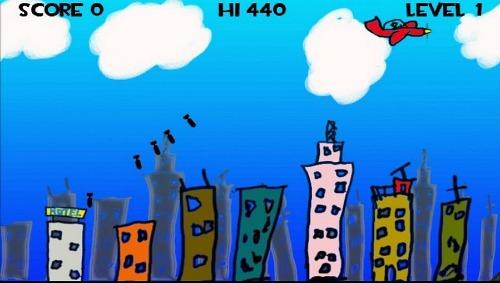 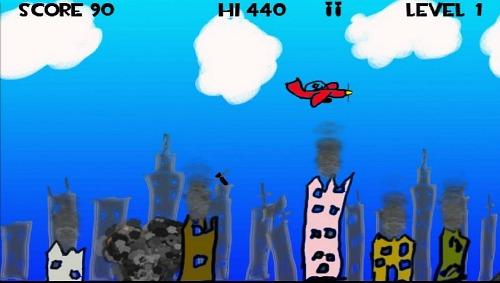 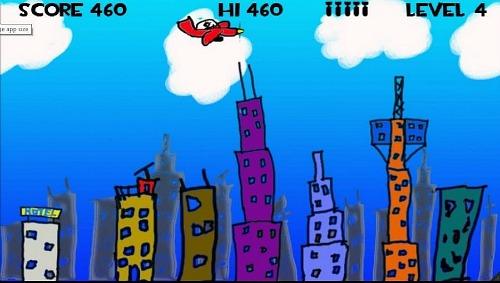 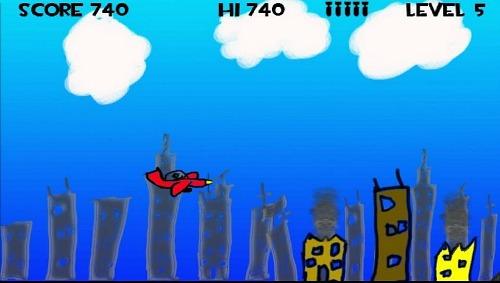