Released on 20th October 1986, "Notorious" was the first single release and the title track from the album, and reached #7 in the UK. It was Duran Duran's fourteenth single overall and it reached the Top 5 in many countries, including the U.S. where it reached #2 on the Billboard Hot 100.

The B-side featured the track "Winter Marches On" which is track 9 on the "Notorious" album. This was rather disappointing as all of the previous B-sides were original tracks that we hadn't heard before. 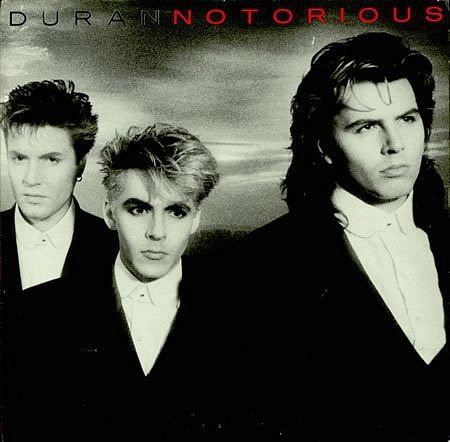 By the time the single was released, both Roger and Andy Taylor had left the band, although Andy Taylor had already contributed to some of the tracks on the album. Producer Nile Rodgers (who plays guitar on the "Notorious" single) gave a funky edge to the streamlined band, with a lot of focus on bass and brass, which displeased some fans who believed that the band were losing their way.

The video features a mix of black and white (filmed using a hand-held Super-8 camera) and colour imagery of the band on a stage and scantily clad ladies dancing and bouncing their hair around - these were choreographed by Paula Abdul. Directed by Peter Kagan and Paula Greif, At times it feels more like a hair shampoo ad and this is certainly not one of the band's most memorable or exciting videos. I am also not a fan of the shaky, amateur style camera work with overuse of zoom.

"Notorious" was actually released as two separate 12" singles, with an extended mix by Nile Rodgers and another by The Latin Rascals.

Scroll down the page to listen to the official live version of Notorious from 2011. 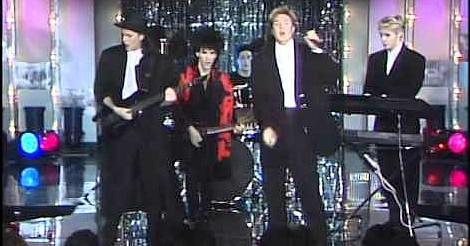