Duran Duran's tenth single was the second to be released from their third studio album Seven and the Ragged Tiger. "New Moon On Monday" entered the Billboard Hot 100 in the U.S. at #56 on Jan 14th 1984, peaking at #10 on 17th March. In the UK, the single entered the singles chart at #12 on 29th Jan, peaking at #9 for two weeks starting on 5th Feb. During this period, Frankie Goes To Hollywood were at No.1 with "Relax".
The single also reached #5 in Ireland and #9 in Finland. However, in Australia it was the only single from Seven and the Ragged Tiger not to reach the top 5, stalling at #48. It was also the lowest charting single from the album in New Zealand, only reaching #32. Indeed, "New Moon On Monday" was the worst performing single from the album in terms of chart positions.
The UK 7 inch and 12 inch vinyl singles and the U.S. 7 inch vinyl all included the Ian Little Remix of the instrumental track "Tiger Tiger" - the original version is track 8 on the album. The UK 12" also included the extended (Dance Mix) of the A-side.
"Everybody Hates It"
The video is, apparently, the band's least favourite according to Nick Rhodes and Andy Taylor, at least, who once stated "everybody hates it". One of the main reasons for this is that the band had to abort their Christmas holiday to film the video. So instead of enjoying the festive period, they spent all day on a cold set consuming alcohol. Most of the band were a little drunk in the video, which is probably why we see Nick dancing at the end!
The video was filmed in an icy village called Noyers in France, and includes an appearance by Miss France 1980, Patricia Barzyk, who is looking very 80s in an off-shoulder top with huge belt and a leather mini skirt. The band feature as members of La Luna, who are rebelling against a modern military regime. Brian Grant was called in to direct the video as Russell Malcahy was unavailable.
There are several versions of the video, the longest being full mini movie. A short version was also released, but this was rejected by MTV, who wanted the French dialogue at the beginning removed. So an even shorter version was created. 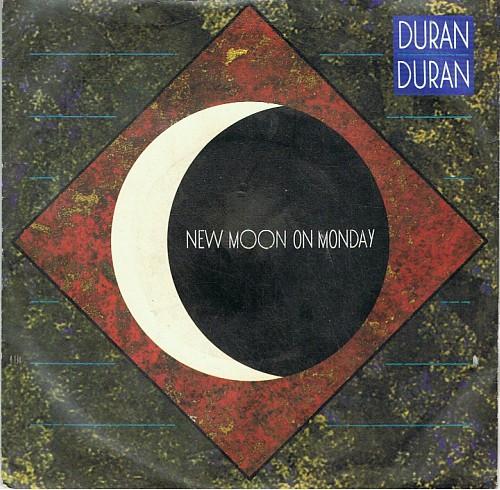 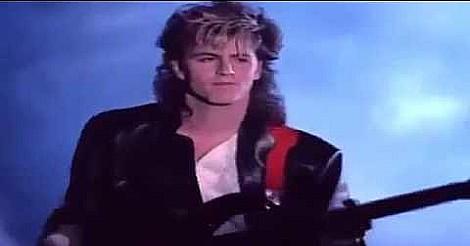 Lyrics for New Moon on Monday

Duran Duran on The Tube