Born on March 5th 1948, the Guyanese-British reggae musician, Eddy Grant, is best remembered for his hit songs in the 1980s, which included "I Don't Wanna Dance", "Electric Avenue" and "Gimme Hope Jo'anna".
Despite releasing 15 studio albums during his long musical career, only two of them charted in the UK, and these were Can't Get Enough (1981) which reached #39, and Killer On The Rampage (1982) which peaked at #7. Nonetheless, the musician achieved success with quite a number of hit singles, which I'll be taking a look at in this post.
Eddy faired better with his compilation albums, with four of them charting in the UK, and these were The Killer At His Best - All The Hits (1984) which reached #23, Walking On Sunshine - The Very Best of Eddy Grant (1989) #20, The Greatest Hits (2001) #3, and The Very Best Of Eddy Grant Road To Reparation (2008) #14.

"Living On The Frontline"

Eddy Grant's first hit in the UK was with his debut single "Living On The Front Line", which reached #11 in 1979, and featured on the album Walking On Sunshine. In the official video, we see Eddy in a bathtub on the beach and also singing in a bandstand. The song features a great bassline and guitar solo by Eddy himself. Indeed, the very talented Eddy is a fine multi-instrumentalist, and plays many of the instruments on his songs and albums.

Although the title track from the album did not chart, you may well remember the song getting a lot of radio airplay. This was actually a cover version created by Arthur Baker for his Rockers Revenge project, which reached No.4 in the UK singles chart in 1982. It also topped the U.S. Dance Chart.
A re-issue of the "Walking On Sunshine" single in 1989 reached #63 in the UK, and was released to promote the compilation album The Best Of Eddy Grant. 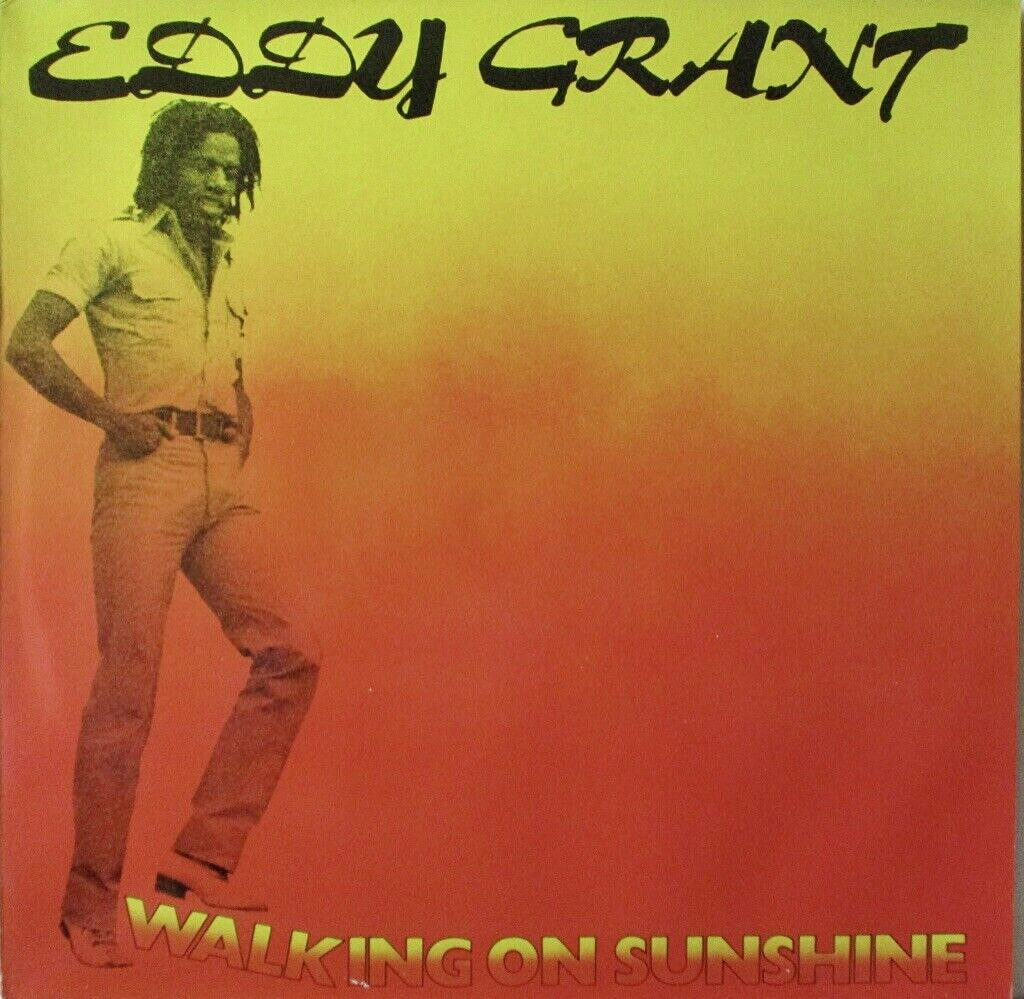 "Do You Feel My Love" 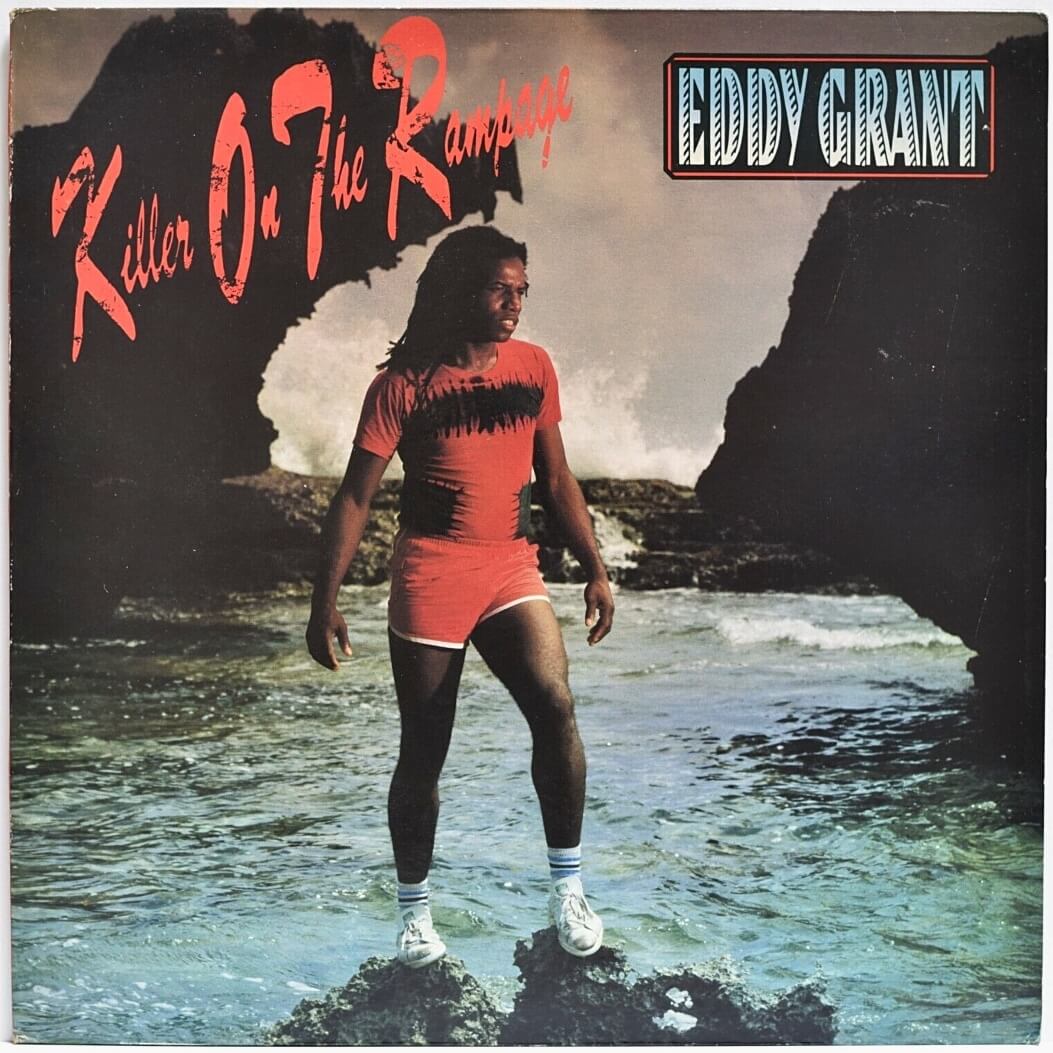 Killer On The Rampage (Album)

The musician's only album to reach the top 10 anywhere on the planet was his 1982 album Killer On The Rampage, which included his two best known hit singles, which I'll come to in a moment. The album reached #7 in the UK, #9 in New Zealand, #10 in the U.S., and also #11 in Germany and Australia.

It takes a clever person to compose a song with depressing lyrics about someone not wanting to dance, and make everyone listening want to get up and dance to it!

Written and produced by Eddy Grant, the lead single from the album Killer On The Rampage topped the UK charts for three weeks during November 1982, making it the singer/songwriter's highest-charting solo single. In the United States the single wasn't released until Autumn 1983 but would only reach #53 in the Billboard Hot 100.
A promo video was released with the song, which features Eddy at the beach, at one point, buried neck deep in the sand! He can also be seen on a floating raft with his guitar and, for whatever reason, a couple of spare chairs. 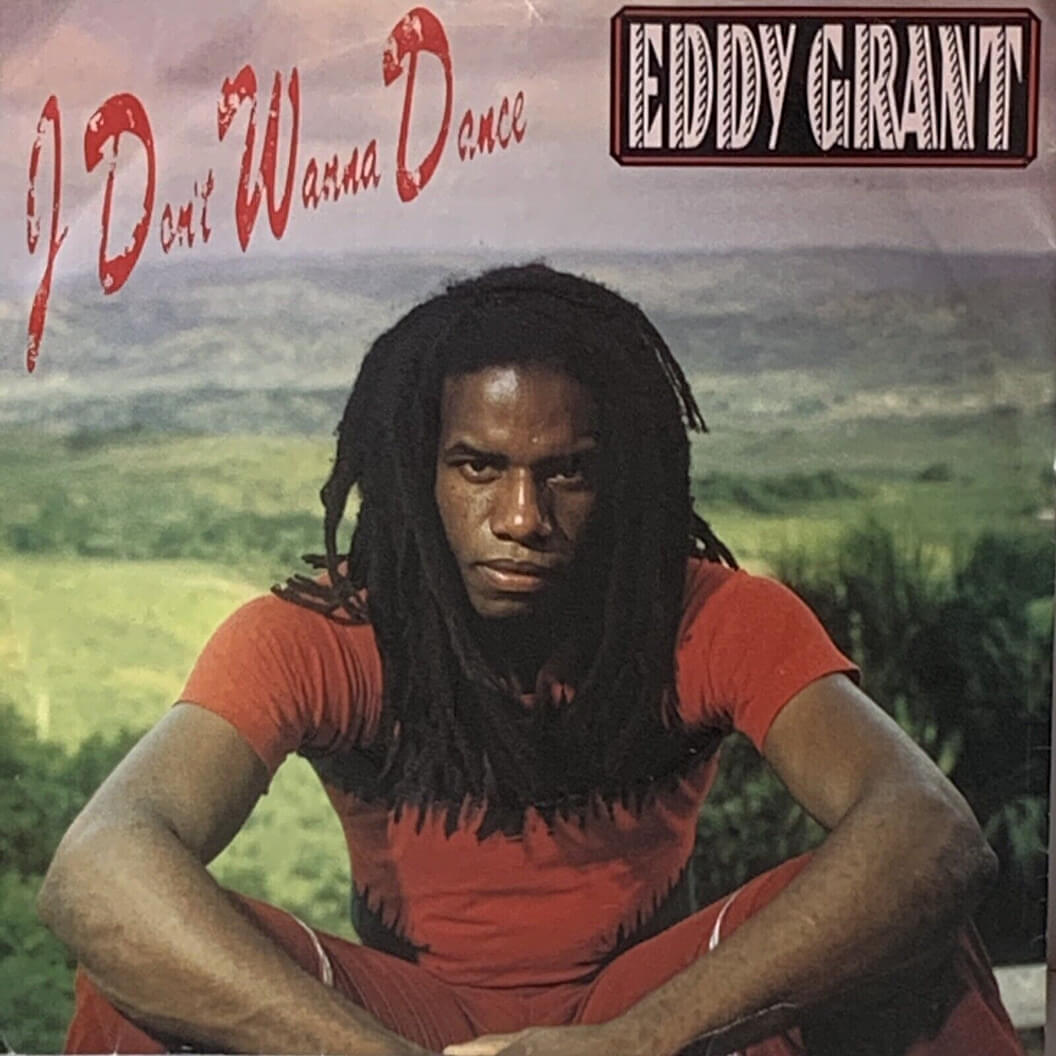 Electric Avenue reached #2 in the UK singles charts during January 1983, and also reached #2 on the Billboard Hot 100 in the U.S. This was Eddy Grant's 7th single release and it was taken from his most successful studio album Killer on the Rampage. A remix of Electric Avenue hit the charts again in 2001, to coincide with the release of a greatest hits album.
Incredibly, the Guyana-born musician's first #1 hit was way back in 1968 with his band The Equals. This song was entitled "Baby Come Back", which Eddy Grant penned himself, and which was later covered by Pato Banton and UB40. 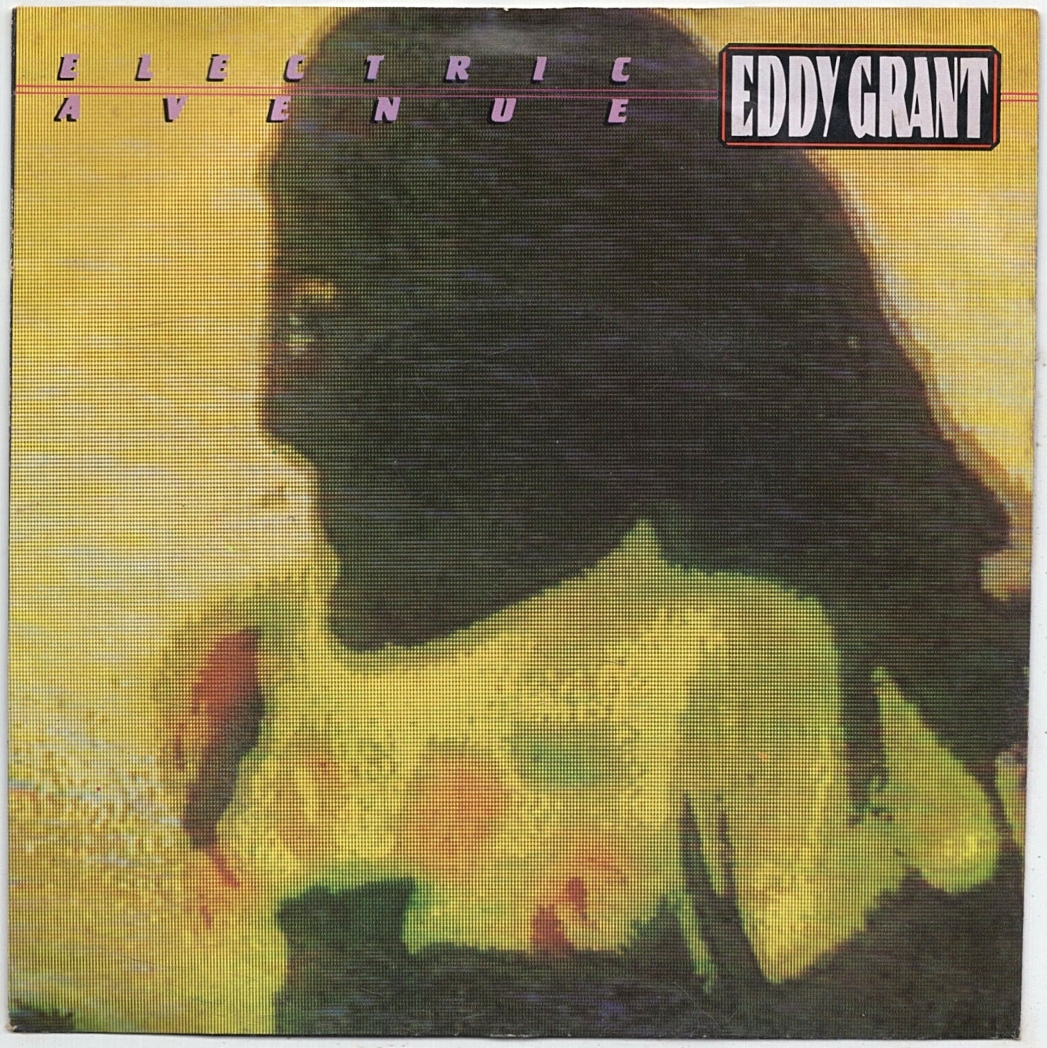 Lifted from his 1984 album Going For Broke, "Romancing The Stone" was not a major hit in the UK, peaking at #52, but charted higher in the U.S., peaking at #26 on the Billboard Hot 100. The track was intended to be the title track from the hit movie, starring Michael Douglass, Kathleen Turner and Danny DeVito, but only featured briefly in the film.

This anti-apartheid track is my favourite by Eddy Grant and was released as the lead single from File Under Rock. The single peaked at #7 in the UK and became Eddy's last Top 40 hit of the 80s. In fact, he never had another hit until 2001, when a remix of "Electric Avenue" reached #5. Two more singles were released from File Under Rock; "Harmless Piece Of Fun" and "Put A Hold On It". 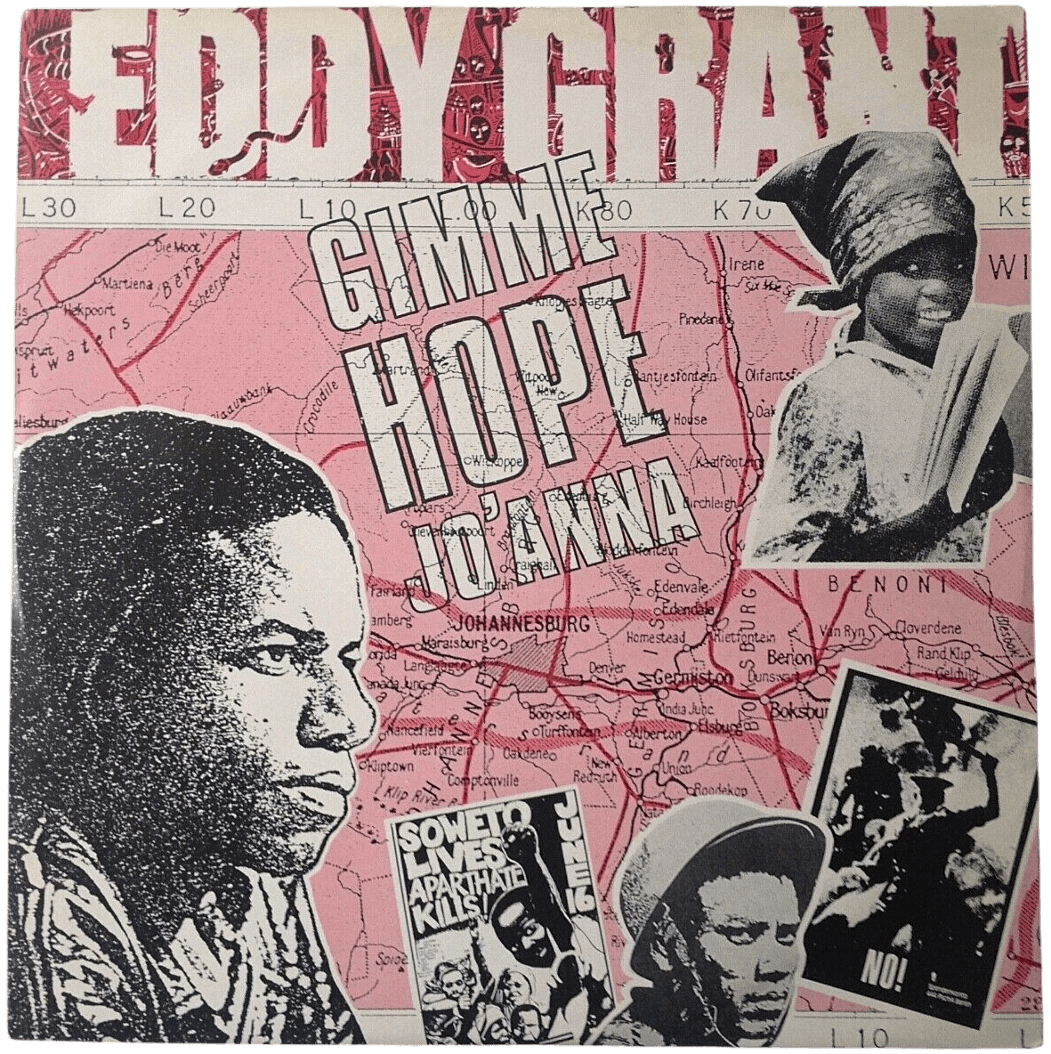 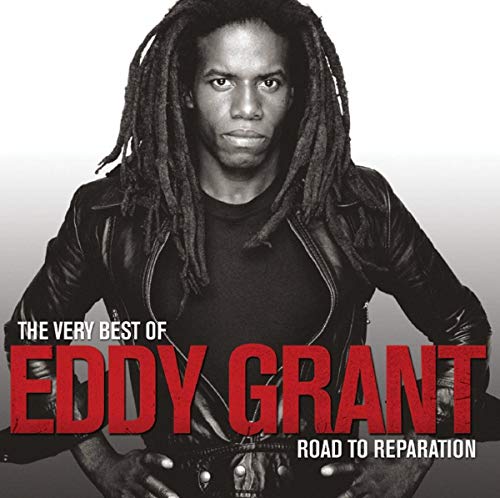 The Very Best of Eddy GrantBUY from AMAZON