ELTON JOHN "COLD AS CHRISTMAS (In The Middle of the YEar)"

This video clip is from the Two Ronnies Christmas TV show in 1983, which was shown on BBC1 in the UK.

Cold As Christmas (in the Middle Of The Year) was a double A-side with Crystals and was Elton's fourth single release from the album Too Low For Zero, which was the singer/songwriter's seventeenth studio album. The song reached #33 in the UK charts during December 1983.

Other big hits from the same album were "I'm Still Standing" and "I Guess That's Why They Call It The Blues". The lyrics for all ten tracks on the album were penned by Bernie Taupin, with the music being composed by Elton. Apparently, the whole album was written and recorded within just two weeks.

In 1998, a reissue of the album included three bonus tracks; "Earn While You Learn", "Dreamboat" and "The Retreat".

During his long musical career, Sir Elton has released 128 singles and 30 studio albums, Too Low For Zero was Elton's second-best selling album of the 80's - it achieved Platinum sales in the UK, U.S. and Canada - and was only surpassed by Sleeping With The Past (1989) which achieved 3x Platinum in the UK, 2x Platnium in Canada and Platinum in the U.S.

Lyrics for Cold as Christmas 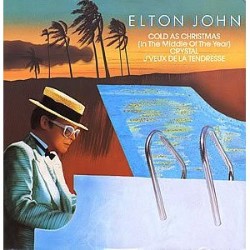 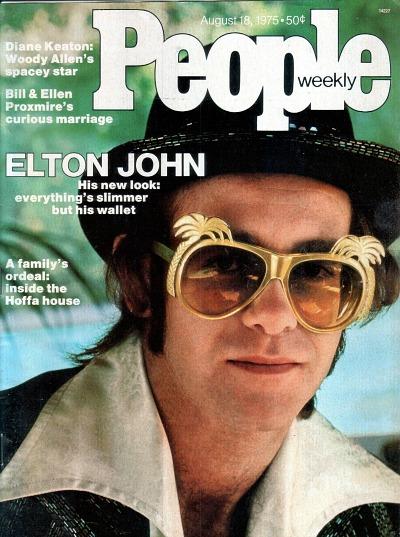 Sad Songs (Say So Much)

I Guess That's Why They Call It The Blues