ELTON JOHN "I GUESS THAT'S WHY THEY CALL IT THE BLUES"

Released in April 1983 in the UK and Nov 1983 in the U.S., "I Guess That's Why They Call It The Blues" was the lead single from Elton John's seventeenth studio album Too Low For Zero, and featured as track 5 on side one.
The B-side in the UK featured the track "Choc Ice Goes Mental". In the U.S., "The Retreat" was on the B-side. 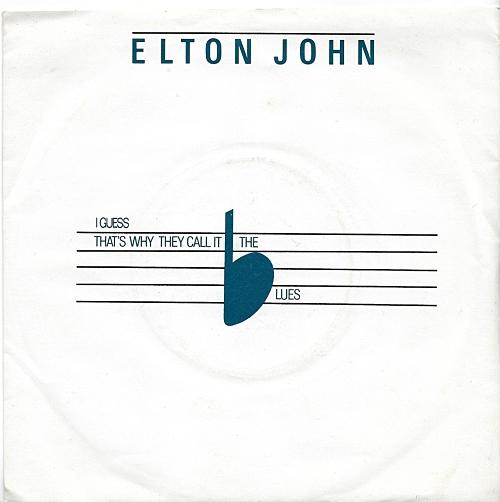 Set in the 1950s, the video tells the story of a young man who is separated from his lover when he is enrolled in compulsory National Service, and is shown having his head shaved and doing heavy exercise in the rain. Meanwhile, his lover continues to enjoy a rock 'n' roll lifestyle with her friends at the ballroom and dancing with another man. However, the video has a happy ending when the pair are reunited at the end.
The video was directed by Russell Mulcahy, an Australian director who worked on numerous music videos during the 80s. It was filmed at the Rivoli Ballroom in London. For the first half of the video, Elton performs on a grand piano in his trademark tinted glasses and a straw hat. However, later on, he can be seen performing in the ballroom without his glasses and with rockabilly style clothing and hair.
The music was composed by Elton John and Scottish musician Davey Johnstone, with lyrics penned by Bernie Taupin, who wrote them in Monsterrat as a love letter to his wife, Toni Russo. Stevie Wonder play harmonica on the track and there are additional backing vocals by Dee Murray and Nigel Olsson. Murray also plays bass.
The song was later included on the soundtrack to the 1992 British comedy movie Peter's Friends.
James Blunt covered the song for inclusion on the 2014 compilation album BBC Radio 2: Sounds of the 80s.
Canadian singer-songwriter Alessia Cara recorded the song for the 2018 tribute album Revamp: Reimagining the Songs of Elton John & Bernie Taupin, which featured as track 3.
Initially, it looked as though the song wouldn't be a major hit, entering the UK singles chart at #74 on 24th April 1983, and spending five weeks outside the Top 40. However, it eventually reached #5 for one week on 26th June, while Rod Stewart was at #1 with "Baby Jane".

Lyrics for I Guess That's Why They Call It The Blues 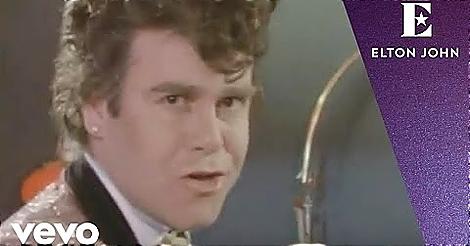 Sad Songs (Say So Much)