"I'm Still Standing" was released in 1983 as the second single from Elton John's seventeenth studio album Too Cold For Zero, and was the follow-up to the single "I Guess That's Why They Call It The Blues". It was composed by Elton himself, with the lyrics being penned by Bernie Taupin.
The Elton John band at the time featured Davey Johnstone on electric guitar, Dee Murray on bass, and Nigel Olsson on drums. All of the band provided backing vocals. 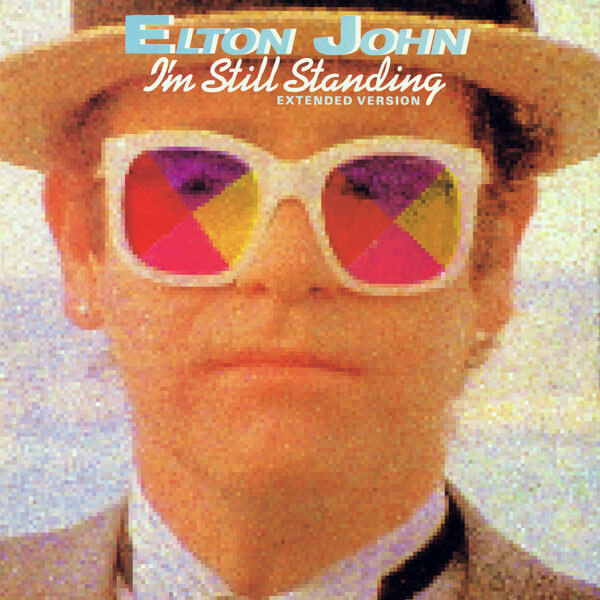 In the lyrics, John sings about standing firm without a former lover after a breakup. It's perhaps surprising that such deep lyrics were given an uptempo song, and I always thought they would be more suitable for a ballad. However, I guess Elton was trying to give an uplifting vibe, and the song is one of my favourites by the singer, although when I played it on the jukebox at Youth Club back in the 80s, there were a lot of groans, with the singer being perceived as rather uncool at the time! I remember a friend saying to me "why did you put this sh*t on?".

The single entered the UK singles chart at No.42 on 24th July 1983, reaching a peak position of No.4 on 21st August for one week, making it the thirteenth single by the singer to break into the UK top 10. The song spent five weeks inside the top 10, and 11 weeks inside the Top 100. It topped the charts in Canada and Switzerland, reached No.2 in Ireland and No.12 in the U.S.

The video was filmed on the French Riviera in Cannes and Nice. The first day's fillming was accidentally erased when the directer, Russell Mulcahy, fell into the sea while holding the camera - as Captain Mainwaring would say "you stupid boy!". Apparently, John met Duran Duran while filming, and went for drinks with the band.
Elton drives an open top rolls royce and also wears a variety of hats and sunglasses, including a boater. The video focuses heavily on fashion, with Elton wearing a number of suits. Young dancers in colourful outfits perform on and around the beach, and at one point he touches a line-up of them and makes them collapse like dominoes. Elton's grand piano also makes an appearance next to the beach! 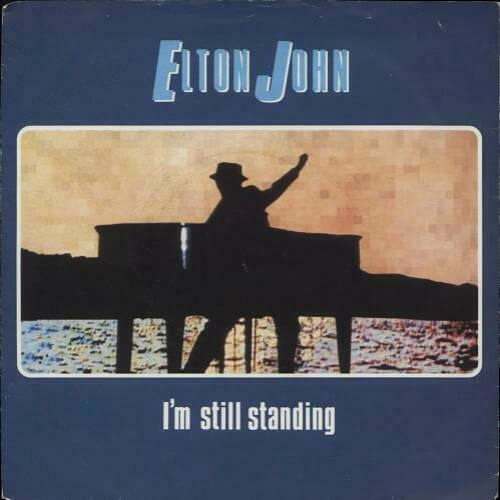 In the UK, a piano-shaped picture disc was also released.
In June 2020, Elton shared a video message during the Coronavirus lockdown stating that he was "blown away" after watching students perform a cover of the song. He claimed he watched it "three times in a row" and stated "I couldn't believe how good you sang and played it, it's not an easy song to sing and certainly not to play".
Two further singles were released from Too Cold For Zero. "Kiss The Bride" reached No.20 and "Cold as Christmas (In The Middle of the Year)" reached No.33 in the UK. 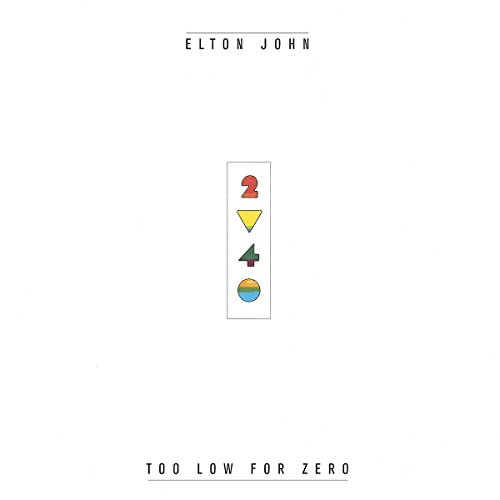 Too Low For Zero Vinyl LP by Elton JohnBUY from AMAZON