BEST ENGLISH GOALKEEPERS OF THE 80S

On this page I'm going to take you on a trip back to the golden days of football, when footballers played with real passion and the Premier League hadn't even been invented.
Those of us who lived through the eighties will remember that it was Division One that was the highest tier in English football.
Chris Woods was never chosen as a first choice goalkeeper during his time with Nottingham Forest (1976-1979) due to the presence of the mighty Peter Shilton. However, he was a courageous and self-assured goalkeeper. 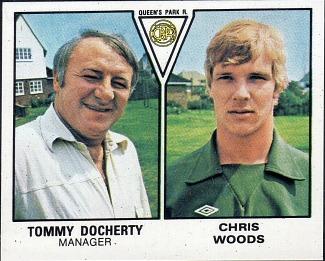 It was with Norwich City (between 1981 and 1987) that he became a truly first class goalkeeper, and he played for the team when they won the League Cup in 1985.

Woods joined Sheffield Wednesday in August 1991 after being signed for £1.2 million by Trevor Francis. He appeared in the FA Cup final for the team in 1993 and also the League Cup finals in 1993. He was also first choice during the 1992 European Championships. 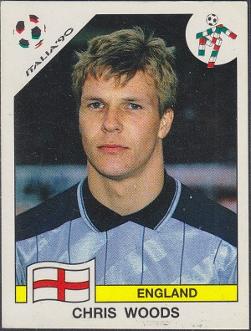 Chris Woods was one of Peter Shilton's back-ups for the Italia 90 World Cup but never played for them during the tournament. 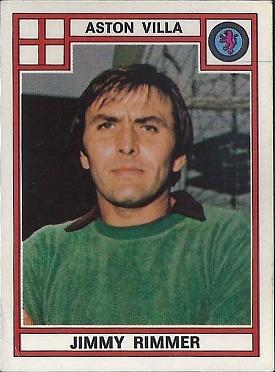 Panini football card from 1978
Jimmy Rimmer is best-remembered as Aston Villa's goalkeeper during their golden years. He also made one appearance for the England team in 1976.

He started out as a senior goalkeeper with Manchester United, making 34 appearances between 1965 and 1974.

In October 1973 he was loaned to Swansea and Arsenal were so impressed with his performance that they signed him in February 1974, and he eventually replaced Bob Wilson. He made 124 apperances for the Gunners.

Rimmer made 229 appearances with Villa between 1977 and 1983,  winning a First Division winners medal in 1981. During the 1982 European Cup Final there was much drama when he was injured just nine minutes into the game and he was replaced by Nigel Spink. Villa still managed to beat Bayern Munich 1-0 to lift the trophy.

Rimmer was signed to Swansea in 1983 where he made 66 appearances. 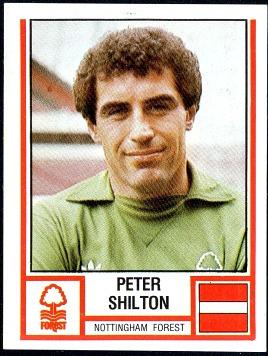 1981 Panini sticker
Statistically, Peter Shilton is the greatest England goalkeeper of all time with 125 caps and the most clean sheets by far. He appeared at three World Cup tournaments and was at the receiving end of the infamous "hand of god" goal by Diego Maradona in 1986.

Shilton started his senior career at Leicester City where he made 286 appearances. He was at Stoke City between 1975 and 1977 before Nottingham Forest signed him for £250,000 in 1977. Here he made 202 appearances under the management of the charasmatic Brian Clough.

Ray Clemence is best-remembered as the goalie for both England and Liverpool and made his first appearance for England at the 1972 World Cup qualifier when they beat Wales. Between 1972 and 1984 Clemence and Shilton alternated as first choice keepers.and made 61 appearances in total. However, he was never a first choice keeper during a World Cup, although was part of the 1982 World Cup squad.

Clemence was signed by Liverpool (who were managed by Bill Shankly) on 24th June 1967 for £18,000. Clemence made 470 appearances for Liverpool between 1967 and 1981. Before this, he made 48 appearances for Scunthorpe United. 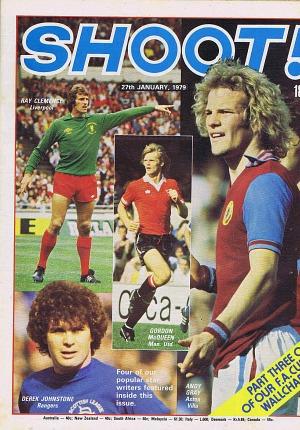