Well, it seems like an age since the United Kingdom (Royaume-Uni) last won at Eurovision doesn't it? We came last yet again in 2019, and, in fact, the last time we won was in 1997, when Katrina and the Waves grabbed a whopping 227 points with Love Shine A Light. I still much prefer the band's upbeat 80s hit Walking On Sunshine, though.

I'm going to take a look back at all of the UK winners on this page, and that shouldn't take that long as there have only been five of them since we first entered in 1957. Despite this, Britain used to do very well in the contest, and before 1998 we had only one entry finish outside the Top 10. During this period we finished in 2nd place fifteen times.

The first UK winner came from the bare-footed pop princess Sandie Shaw, who's thirteenth single release also topped the UK singles chart for three weeks from April 17th 1967. My Mum actually bought the single and I played it many times during my 70s childhood - I still remember that pink PYE record label. 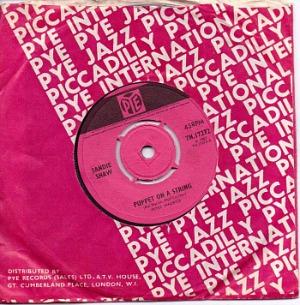 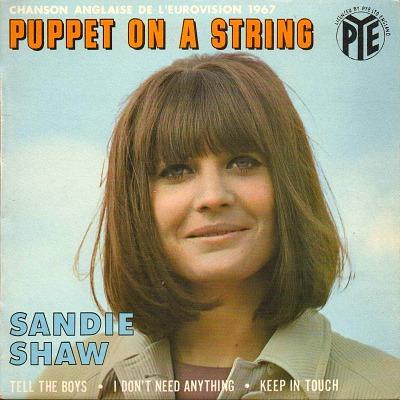 With its deep and meaningful lyrics (I'm joking, of course!), this song was a joint winner at Eurovision with Spain, Netherlands and France. Hilariously, the song was actually banned from being played by the BBC during the 1991 Gulf War. For goodness sake Auntie Beeb, the lyrics have absolutely nothing to do with firing weapons. Was anyone really going to be offended by "My heart goes boom bang-a-bang"? 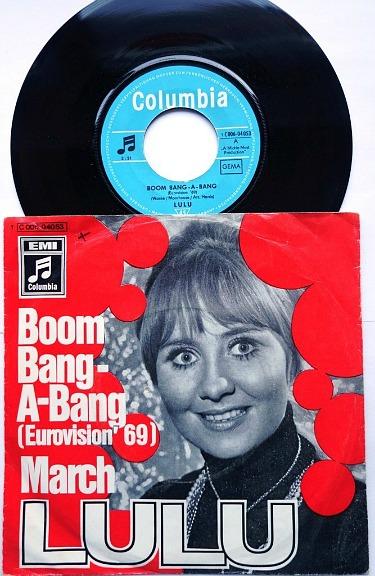 Ah yes, who could forget this one? Well, many would like to forget it, and this song (and the cringeworthy, leg-kicking dance routine) reeks of Eurovision and became a worldwide hit and also the biggest-selling single of 1976 in the UK.

The track was written by band member Lee Sheridan in 1974 and not specifically for Eurovision. In fact, after reworking it and changing the title to Oceans Of Love, he actually planned to shelve it completely because he was so unhappy with the whole concept.

However, when the band were one one song short for the completion of their 1976 album Love and Kisses From Brotherhood Of Man, the song rose from the ashes once more!

The single reached No.1 in the UK a couple of weeks before the Eurovision Song Contest took place on April 3rd 1976. 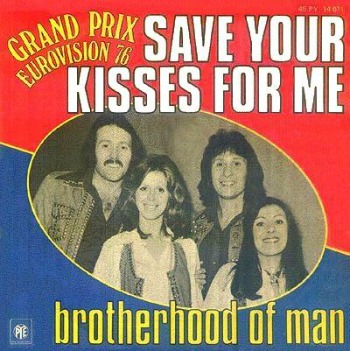 I still have vivid memories of Mike Nolan and Bobbie Gee removing the skirts from the pure and innocent Cheryl Baker and Jay Aston at 1981's Eurovision. I'm not sure which was more shocking, the skirt removal or the fact that the band looked like they looked like they had booked the wrong venue and should have been presenting Rainbow with Zippy, George and Bungle! 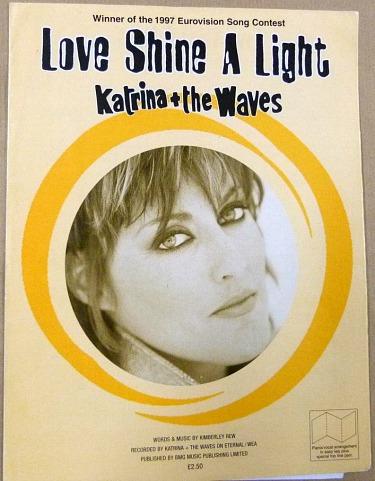 The most recent British winner of Eurovision really isn't that recent is it? This song was written by the band's songwriter and guitarist Kimberley Rew for The Samaritans 30th anniversary, and it was actually their idea to enter it into Eurovision.

The single gave the band their first Top 10 hit for twelve years, reaching #3. However, this was also the last chart hit for the group and their only other Top 40 hit was Sun Street in 1996 which peaked at #22.

In 1998 Imaani achieved second place at Eurovision for the UK with the sing Where Are You?