EURYTHMICS "THORN IN MY SIDE"

Written by Dave Stewart and Annie Lennox, the second single from the album Revenge reached #5 in the UK, #68 in the U.S. The song was popular with the Irish, reaching #2 in their home country.

Released on 4th July 1986, Revenge continued with the commercial rock style and achieved 2x Platinum in both the UK and Canada. The lead single, "When Tomorrow Comes", only managed to reach #30 in the British singles chart, and so it must have been a welcome relief for the duo when Thorn In My Side performed much better in the charts. 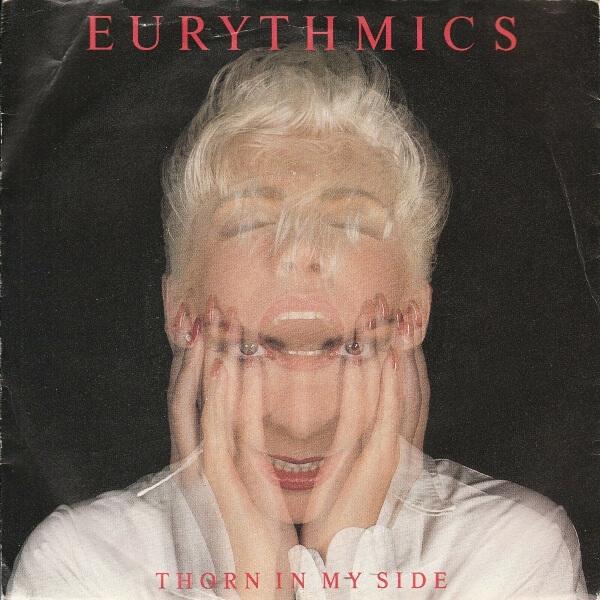 The 12" mix is very different to the album version, and saw a welcome return to the electronic style of their earlier singles. The video (above) features Annie and Dave performing in what looks like a nightclub, with a group of Hell's Angels amongst the crowd watching them.

Although I was entirely happy with Eurythmics decision to desert their New Wave synthpop sound that they had used very successfully on their first two albums In The Garden and Sweet Dreams (Are Made Of This), I do like Thorn In My Side which is a riveting rock tune. I particularly like the acoustic intro and the sax part - we all like a bit of sax, don't we? 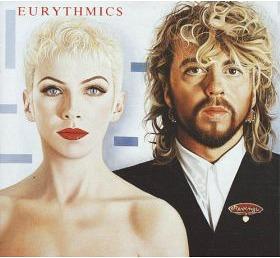 Revenge was the pop duo's fifth studio album and was released on 30th June 1986. The original LP and cassette included ten tracks, with the 2005 Deluxe Digipack including six bonus tracks. Other singles released from the album were Missionary Man, When Tomorrow Comes and The Miracle of Love. The album reached #3 in the UK album charts, #12 in the U.S. and #2 in Australia. It topped the charts in New Zealand, Norway and Sweden.

Lyrics for Thorn in My Side 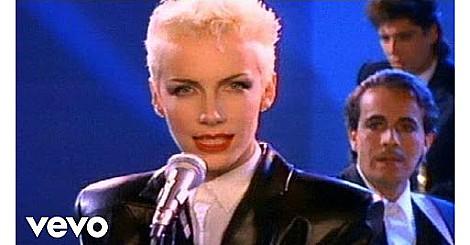