EURYTHMICS "THERE MUST BE AN ANGEL PLAYING WITH MY HEART"

Released on 13th June 1985 by RCA Records as the follow-up to "Would I Lie To You", the second single from Be Yourself Tonight entered the UK singles chart at No.37 on 30th June, and reached #1 for one week on 21st July, pushing Sister Sledge down to No.2 with "Frankie", which had enjoyed a four week run at the top of the chart.
"There Must Be An Angel..." was Eurythmics only No.1 in the UK and also topped the singles charts in Poland, Norway and Ireland. The song became a top ten hit in numerous countries around the globe, and also reached #22 on the Billboard Hot 100 in the U.S. 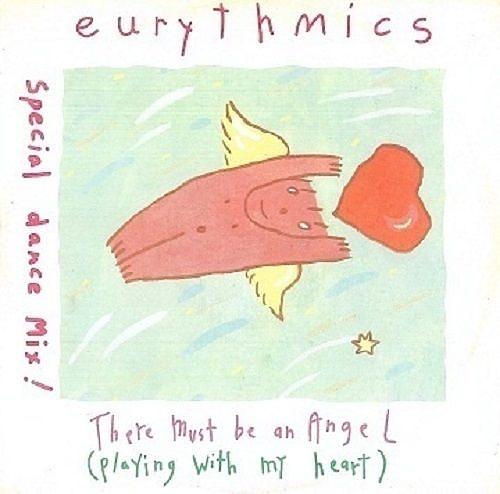 The track was written by Annie Lennox and David A. Stewart (who both played keyboards on the track) and also produced by Stewart. The harmonica part is played by Stevie Wonder. There are additional strings by Michael Kame, and bass guitar by Dean Garcia, who went on to form the alternative rock duo Curve in 1990. Swedish musician Olle Romo is on drums - he was a regular drummer for Eurythmics from the mid to late 80s. Backing vocals are provided by Richard Cross.
The B-side on the 7", 12" and Limited 12" Remix singles was the non-album track "Grown Up Girls". The LP version (5:22) of "There Must Be An Angel..." featured as the A-side on the 12", and the Special Dance Mix (6:20) was on the A-side to the Limited 12" Remix Single.
NME readers voted the song as the third best number one of all time in 2013.
The song is about the joy of being in love. In the video, David A. Stewart plays the role of Louis XIV (known as Louis the Great and the Sun King) who reigned as King of France from 1643 to 1715. Lennox is a singer with long, golden hair and dressed in white, who is entertaining the King.
Two further singles were released from Be Yourself Tonight; "Sisters Are Doin' It For Themselves" which was a duet with Aretha Franklin and "It's Alright (Baby's Coming Back)".
In August 2011, the German girl group No Angels released a cover version which topped the German and Austrian charts and also reached #2 in Switzerland and Brazil.

Be Yourself Tonight album sleeve 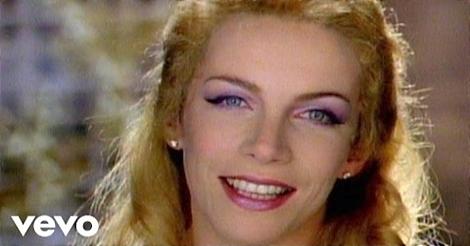 Lyrics for There Must Be An Angel

Thorn in My Side