After the new wave punk band The Undertones split in 1983, their frontman, Feargal Sharkey, launched a solo career which was initially pretty successful with four top 30 singles. In-between the split and his solo career, Sharkey found time to add guest vocals to the single "Never Never" for the synthpop group The Assembly, a project formed by Vince Clarke and Eric Radcliffe. The single reached #4 in the UK and was their only hit before they too disbanded. 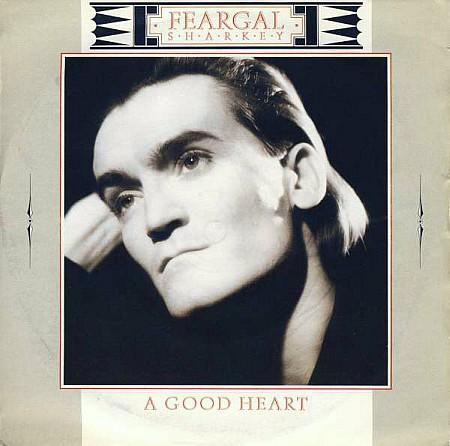 By far, Sharkey's most successful release was "A Good Heart", the lead single (his third overall) from his self-titled debut album, which reached No.1 in the UK. I've always been an admirer of the Irish singer's distinctive voice, and the fact that he was brave enough to release material with a very different sound to The Undertones.
The video features the singer performing on stage with his backing band. The blonde drummer is Gina Schock from Belinda Carlisle's band The Go-Go's (they split in 1985 and Schock became a guest drummer for several artists) and she also drummed for a-ha during 1985.
Backing vocals during the chorus were provided by Boy George, although he didn't appear in the video.
"A Good Heart" was actually penned by Maria McKee (you may remember he 1990 hit "Show Me Heaven") with the lyrics reflecting her relationship with Benmont Tench, the keyboard player with Tom Petty and The Heartbreakers. The song was produced by Dave Stewart from Eurythmics.
Interestingly, Benmont Tench wrote the lyrics to Sharkey's follow-up single "You Little Thief" which was also about his relationship with Maria McKee, but from his own perspective.
McKee released her own version of "A Good Heart" on her 2007 album Late December.
Chart Performance
As well as topping the chart in the British Isles, the single also reached #1 in Australia, Belgium and Ireland, No.2 in Holland, No.3 in New Zealand, South Africa and Switzerland and No.4 in Canada and Germany. The single reached #6 in Norway, #17 in Italy and #37 in France, but didn't fare so well in the U.S. where it stalled at #74.
The single entered the UK singles chart at #72 on 6th Oct 1985 while Jennifer Rush was at No.1 with "The Power of Love". It climbed relatively quickly to reach #1 on 10th Nov 1985, pushing Rush down to No.2. The single remained at No.1 for two weeks before falling to No.2 with "I'm Your Man" by Wham! claiming the top spot. However, the single fell slowly and spent several weeks inside the top 10 and 16 weeks in the Top 100 in total. 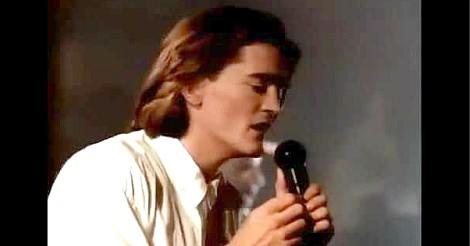 Lyrics for A Good Heart