In 1987, Ferrari decided to build its quickest and most expensive road car, the F40, to celebrate its 40th Birthday. It went on to become one of Ferrari's most iconic models.

Based on the 288 GTO (this was descended from the 308/328 GTB) it featured a larger, modernised version of the GTO's engine - a 2.9 litre V8 with 478bhp, that could be tuned up to 600bhp. The body (designed by Pininfarina) was very aerodynamic and built to give a stable drive. The F40 needed to hold the road as it could reach 200mph, thanks to the addition of twin turbochargers and fuel injection. 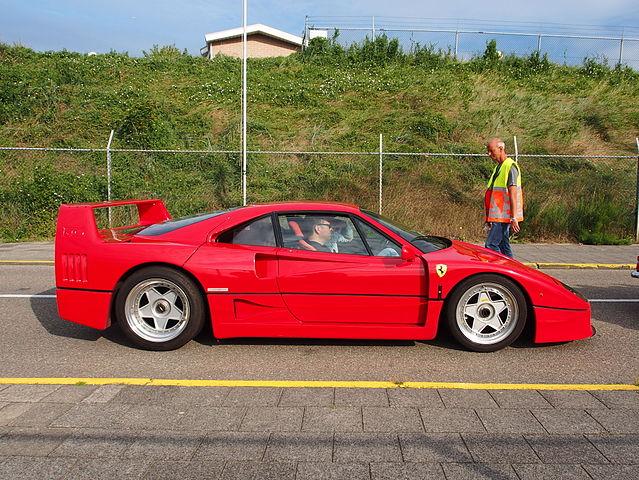 For two years, the F40 was the fastest road car in the World! The road car was discontinued in 1992.

A lot of focus was placed on the aerodynamics of the car to gain as much speed as possible, with a strong emphasis on stability. The forced induction engine produced a lot of heat, and so cooling was also given a lot of attention. The F40 had low drag thanks to its spoilers and the rear wing.

The car had its fair share of critics, with many criticising its rear vision, handling and 1950s twin-tube technology. Indeed, it is believed that in 1990 only 10% of owners were actually driving their F40s and merely bought them to accumulate cash. Prices rose to 7 times the list price in 1989. However, the bubble quickly burst. 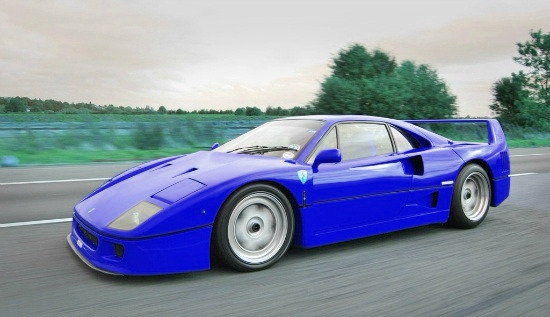 Beautiful blue Ferrari? Actually, it's been photoshopped, but I think it looks pretty cool.

Of course, not only do you need to be wealthy to buy an F40, but also to run one as well. You would be lucky to get the claimed 16 mpg driving on a highway, and driving around town was likely to push this down to an absolute maximum of 11 miles per gallon - it was quite likely you'd get less than this! If you plan to buy one, then expect to spend quite a bit of time on the forecourt.
If you're rich then you're more likely to concern yourself with mph and not mpg! The red beast can reach a top speed of 201mph (324 km/h) with acceleration of 0-62mph (0-100 km/h) in 4.1 seconds.
Ferrari never produced a blue F40, but did repaint one in 1992 in a light shade of blue which was being sold for $1.26 million by British dealer Jo Macari in 2016 - not the one above. However, some owners did opt to have theirs sprayed a different colour. It is quite likely that Ferrari fans would curse at you for driving around in an F40 that is not red and call it sacrilege. 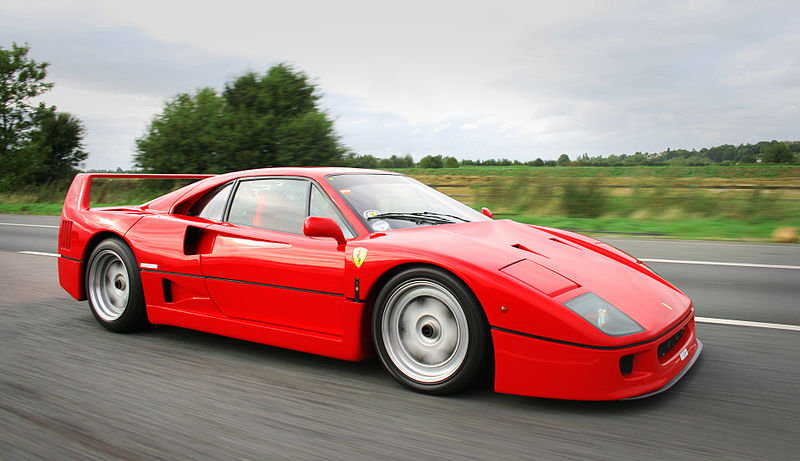 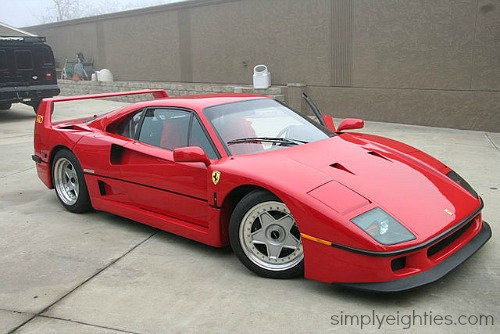 A PARADE OF RED FERRARIS

This clip is from one of the Largest parades of Ferrari F40s ever seen. There were 58 cars in all and they were all red! 57 of them were wearing UK plates, the other one was from Switzerland.

"Ferrari F40 - rear and police (Crown Casino, Melbourne, Australia, 3 March 2007)" by The original uploader was 98octane at English Wikipedia - Transferred from en.wikipedia to Commons.. Licensed under CC BY 2.5 via Commons. 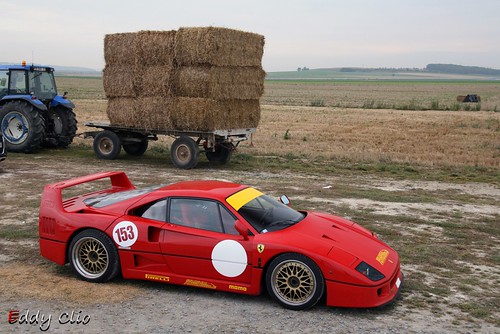 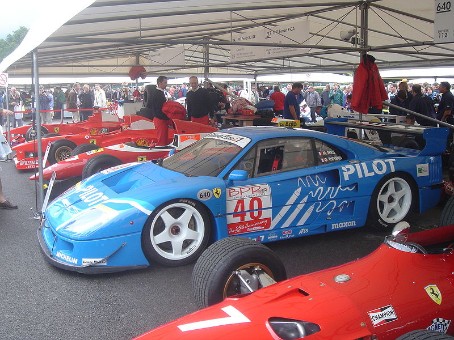 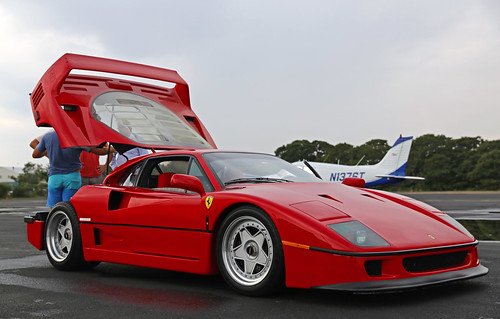