An appealing and popular car, the first design plans for the Fiat X1/9 came from the Italian designers Bertone way back min 1969. They developed plans for a two-seater sports car and developed a concept car called the Autobianchi A112 Runabout, which featured a wedge-shaped tail and nose (almost like a power boat), and pop-up lights which made it look like the baby brother of Ferrari. 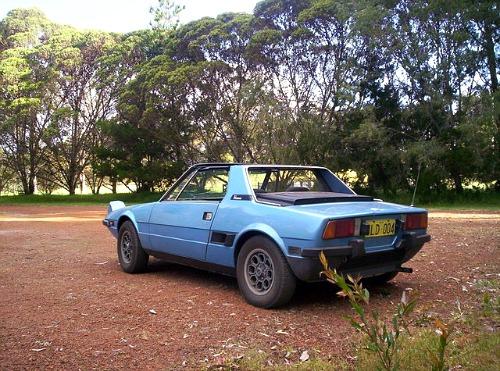 Fiat loved the design and decided to use it to to develop a car to replace the 850 Spider. The first models that went into production featured a rear-wheel drive 1.3l Fiat 128 engine with 75bhp. This was mounted behind the front seats. I say front seats, these were the only seats, of course! The car also had a removable roof and featured great handling.

In 1978, a 1498cc Ritmo/Strada engine was added along with a five speed gearbox, taking it up to 85bhp. However, in the U.S. emission restrictions reduced this to under 70bhp.

Bertone built the body shells for the car up until 1982, and in 1983 they took over complete production and added their own badge. The final X1/9's rolled off the production lines in 1988 and these were a special edition Gran Finale model.

Typically, during the 70s there was an insatiable taste for orange cars - just about the worst colour choice possible - but if you were sensible enough to buck the trend and pick another colour then you had yourself a decent looking car.

Modified yellow X1/9 by Stahlkocher (Own work) [GFDL or CC-BY-SA-3.0], via Wikimedia Commons

Photographed at the Nationaal Oldtimer Festival Zandvoort 2010, The Netherlands.

By Alf van Beem (Own work) [CC0], via Wikimedia Commons 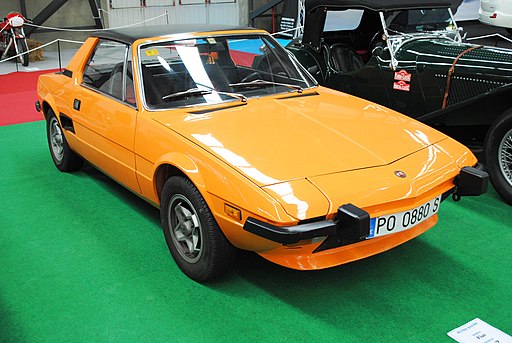 By HombreDHojalata (Own work) [CC BY-SA 3.0], via Wikimedia Commons

By Clément Bucco-Lechat (Own work) [CC BY-SA 3.0], via Wikimedia Commons 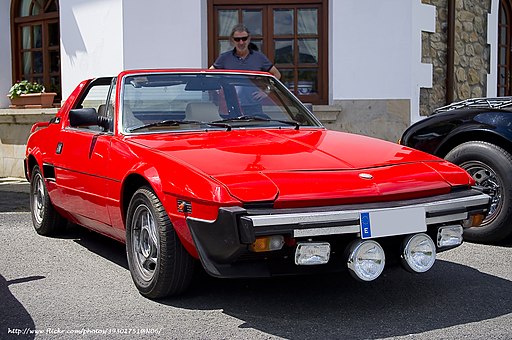 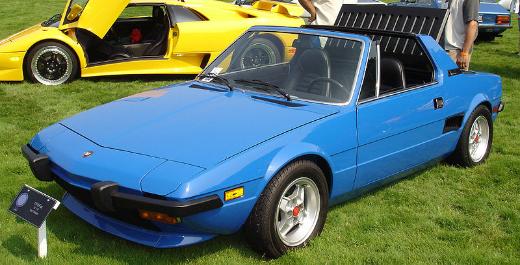 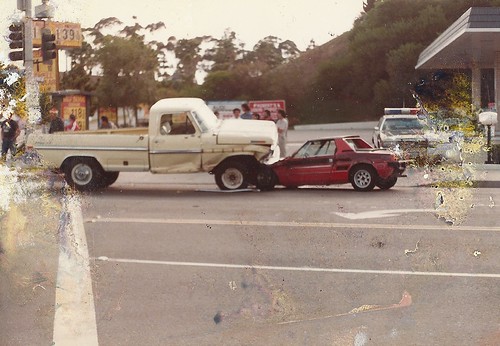 Now this is something you don't want to happen to your X1/9. According to the photographer, this accident actually happened in the 80s!

TWO GUYS IN A HURRY!

I'm not quite sure what this 15 second video clip is all about, but what we see is two guys running towards the car, getting in it and driving it off with a screech of the tyres. By the way, there are more many more clips to choose from at the end.

Here we see someone doing a lap in a slalom race and then having a slight accident with a very slow driver - great fun! 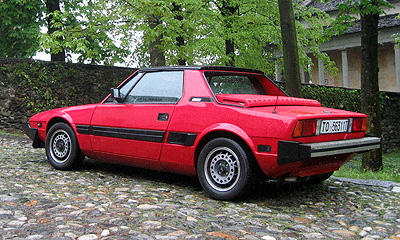 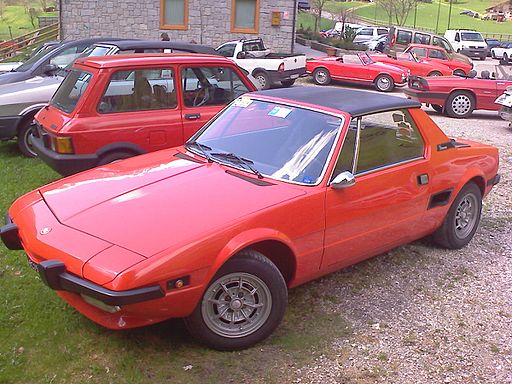 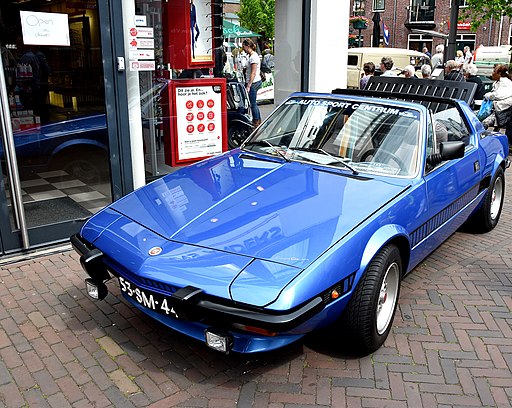 By FaceMePLS from The Hague, The Netherlands (Fiat X1/9) [CC BY 2.0], via Wikimedia Commons 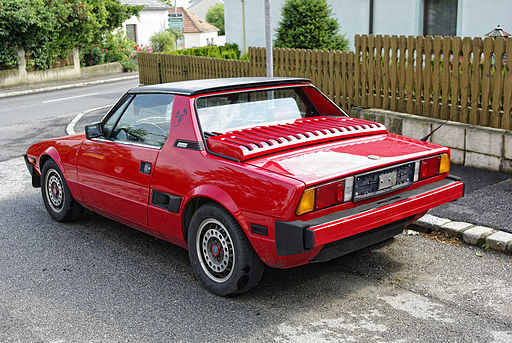 By OlliFoolish (Own work) [CC BY-SA 3.0], via Wikimedia Commons