Released on Boxing Day in 1988, "She Drives Me Crazy" was Fine Young Cannibals biggest hit single, reaching No.5 in the UK on 15th January 1989 for two weeks. The song also topped the official charts of the U.S., New Zealand, Canada and Australia. The single entered the UK singles chart at No.29 on 1st Jan 1989, making it the second-highest new entry - Duran Duran's "All She Wants Is" entered at No.25. 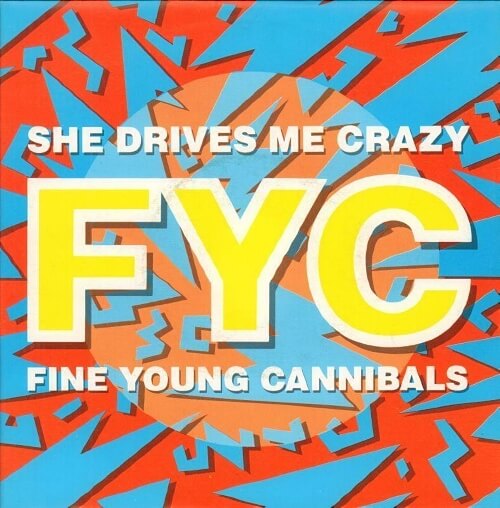 The track was released as the lead single from the band's second and final studio album The Raw & The Cooked, which reached No.1 in the UK, U.S., Canada, Australia and Austria.
Two seperate music videos were created for the single, one by Philippe Decoufle and the other by Pedro Romhanyi. Decoufle's video is the one that gained most airplay, and features two dancers in various unusual costumes, including a yellow suit with cropped trousers and a Beetlejuice style humbug suit with black and white stripes.
The song initially used the lyric "She's My Baby" for the chorus, but the band were unhappy with this and eventually changed the lyric to "She Drives Me Crazy", with Gift singing in a falsetto voice, which gives the song a unique edge. This, no doubt, helped the song to become a huge hit.
The B-side of the 7 inch vinyl single featured a new track "Pull The Sucker Off" (3:34). 4 remixes were included on the 12" inch single.
The single remix is 10 seconds shorter than the album version and was produced by David Z and Fine Young Cannibals.
The Fine Young Cannibals next single "Good Thing" reached No.7 in the UK and No.1 in the U.S. 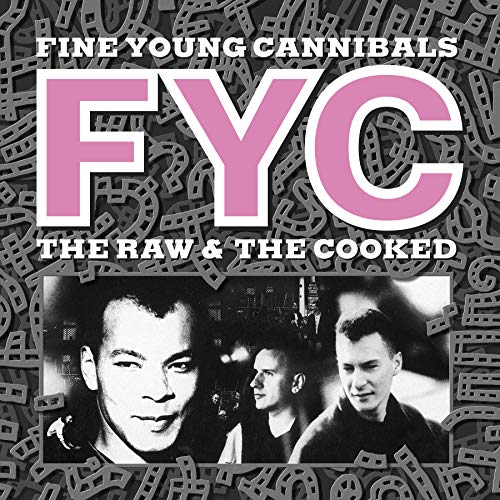 The Raw & The Cooked by Fine Young CannibalsBUY from AMAZON