Now here's a song that received plenty of airplay back in 1988 (here in the UK, at least), and I certainly remember singing along to it - much to the delight of my work colleagues - almost every time it blasted out of the oil-stained ghettoblaster. At the time, I worked at a local garage in the parts department. 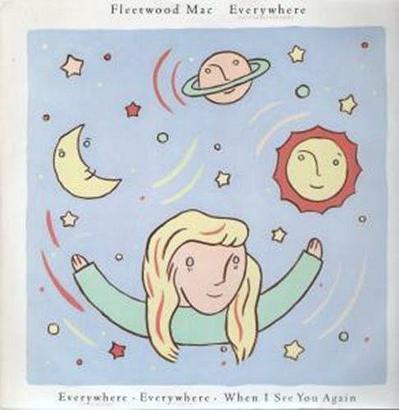 You may remember that in 2013, Everywhere was used in an advert for the mobile phone network provider 3. This gave the single it's second run in the UK charts, peaking at #15 during March 2013. The track was also included on Now That's What I Call Music! 84. In the 80s, the single featured on The Hits Album 8.

Lifted from the album Tango In The Night, Everywhere was originally released as a single on Nov 28th 1987 in the U.S., peaking at #14 on the Billboard Hot 100. In the UK, the single was released on Feb 24th 1988 and climbed to a peak position of #4 on April 17th. This was the same week that Pet Shop Boys were at No.1 with Heart. However, after just one week in the top five, Everywhere had slipped to #'10 by 24th April.

The B-side on all formats was another track from the Tango in the Night album entitled When I See You Again. The 12" single included an LP version and a Dub version of the A-side. The song was penned by Christine McVie who also provided the lead vocals.

Tango In The Night was Fleetwood Mac's 14th studio album and also one of their most successful releases, achieving multiple platinum sales in the U.S., UK, Canada and Australia. In Germany the album acheived 2x platinum and in Spain and Switzerland it gained one platinum certificate.

Since they formed in 1967, the band have sold over 100 million records across the globe.

Video of Everywhere performed live in 1987 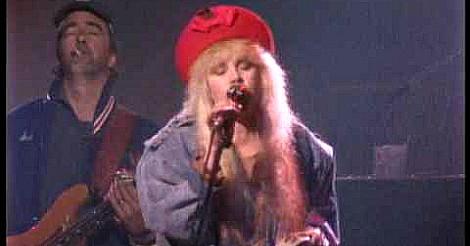