Okay, so who bought this nonsense?

Surprisingly, "Christmas Countdown" by Frank Kelly reached #26 in the UK singles chart during Dec 1983, and in Ireland this reached #8. The single is actually a comedy version of the 12 Days of Christmas.

The video clip is from Top Of The Pops on 5th January 1984. Why did the BBC show this on 5th Jan when the Christmas hols were over? 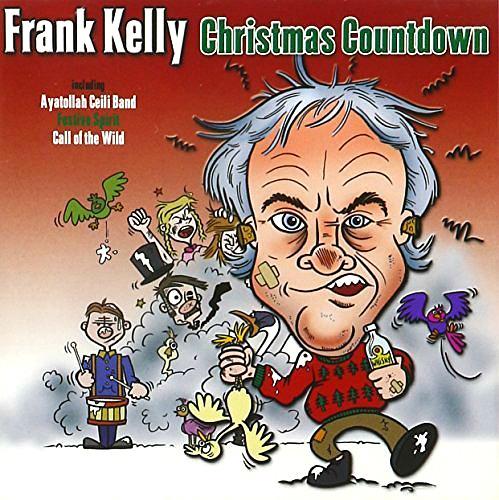 Serious film buffs will know that Kelly played a prison officer in the original 1969 The Italian Job film, although he was uncredited. He can be seen escorting Charlie Croker (Michael Caine) out of prison at the start of the film.

Overall, Kelly has had roles in 13 movies, with the most recent being Mrs Brown's Boys D'Movie in 2014. The actor had also featured in at least 19 TV series, including Remington Steele in 1984 as Willard Skeggs during Season 3. Kelly also played Dermot Macey in 43 episodes of the ITV soap Emmerdale in 2010/11. Hmm, the last time I watched Emmerdale was back in the 80s when it was called Emmerdale Farm!

Kelly also starred  in a popular children's series (for RTE) called Wanderley Wagon which aired between 1967 and 1982. The programme followed a group of people and puppets travelling around Ireland in an old-fashioned, horse-drawn caravan.