With increasing hostility between the Soviet Union and the west during the first half of the 1980s, and the threat of nuclear armageddon looming over use like a towering, black cumulonimbus cloud, Frankie Goes To Hollywood heightened the paranoia during the last days of the cold war by releasing their chilling "Two Tribes" single in May 1984. 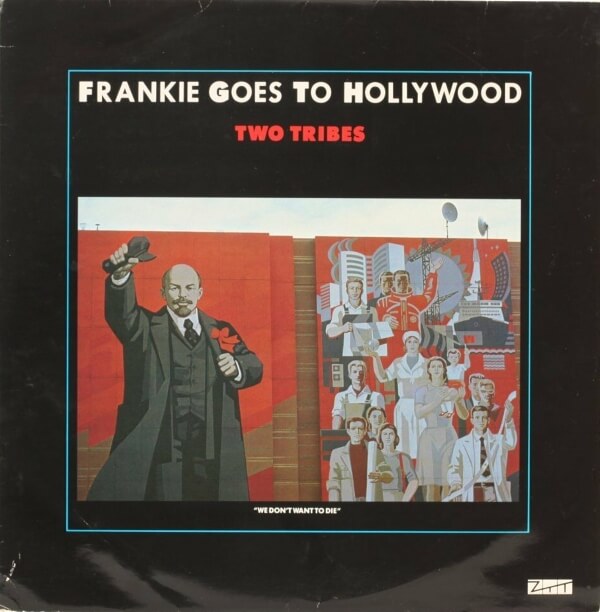 Featuring a grandiose production by Trevor Horn (some would say bombastic, but that sounds too negative), the song opens with the unmistakable voice of Patrick Allen from the British government's Protect and Survive public information videos. Basically, they frightened the hell out of everyone by telling us what do "when fallout is expected".
The iconic, pounding bassline and a jaunty orchestral russian ditty added to the uniqueness and energy of the song, as did the thought-provoking lyrics "When two tribes go to war, a point is all that you can score", making it clear that the result of nuclear war is a score draw where nobody wins. On the album version, Ronald Reagan (voiced by Chris Barrie) tells us "just think, war breaks out and nobody turns up". Indeed, no one turns up because they've all be nuked!

Like the song, the video for "Two Tribes" (which was directed by Godley & Creme) is full of energy and rage, and the unrestrictive violent imagery with bloody ear biting and eye-watering crotch-grabbing, matches well with the pulsating rhythms and that menacing bass line. The violence comes in the form of a controversial wrestling match between U.S. President Ronald Reagan and Soviet leader Konstantin Chernenko, using lookalikes, of course. It ends with representatives from the rest of the world fighting each other as the two presidents look on, and then our planet literally explodes. Frankie didn't do subtle, for sure!
The video (not the single as with "Relax") was banned by the BBC, which led to the band performing the song each week on Top Of The Pops during it's nine week reign at the top of the UK singles chart. At the same time, the band's previous No.1 single Relax, re-entered the charts and climbed back to No.2 - Frankie fever had certainly gripped the nation!
Slightly different versions of "Two Tribes" were played each week on TOTP, and the band also wore different attire for each performance, helping to prevent the record-buying public from becoming bored with the song - there was never a dull moment! In the ninth and final week, Peter Gill and Mark O'Toole swap their instruments, and appear to be having a ball! 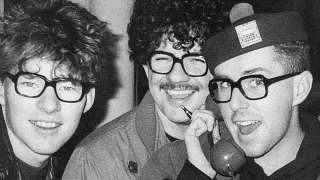 Brian Nash, Peter Gill and Holly Johnson in the 80s

You can watch the official ZTT video on the main Frankie page on this site. Featuring on Frankie's debut album Welcome To The Pleasuredome, this stunning

Most of us lost count of the number of 12 inch versions released during the summer of 1984. Of course, Frankie fans wanted each and every one of them, and by gradually rolling them out during the band's long reign at the top of the charts, this enabled ZTT to milk every last drop of profit from "Two Tribes" whilst interest in the band was at its peak. 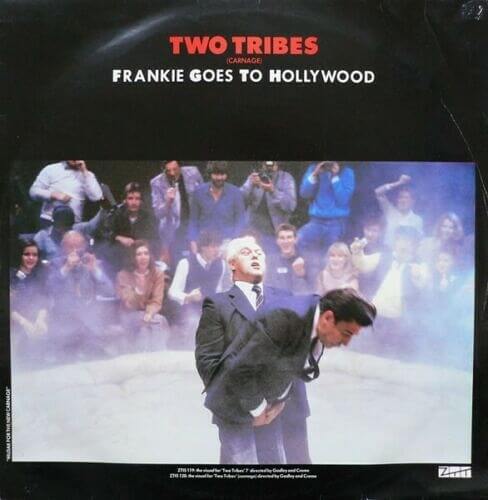 "Two Tribes" Carnage 12 inch with "War (Hide Yourself)" and "One February Friday".

The best 12" was, undoubtedly, the Annihilation Mix. In fact, it's quite possibly the best 12 inch of the 1980s, along with New Order's "Blue Monday". It starts with those chilling air raid sirens, followed by Chris Barrie's President Reagan announcing "Ladies and gentleman, let me present Frankie Goes To Hollywood. Possibly the most important thing this side of the world." The simple kick beat gets you moving before the amazing percussion (with plenty of 80s cowbell) and dramatic organ sounds take it to the next level. The iconic bassline kicks in at 2:46, and later we are treated to the chilling Protect and Survive snippets "If any member of the family should die whilst in the shelter, put them outside. But remember to tag them first for identification purposes...".
The Carnage Mix is also superb and very different, featuring a more guitar driven groove with more orchestral parts. The lads announce their names. "My name is Nash, my name is Mark, my name is Ped", before Pat Allen sends a chill down your spine by announcing "Mine is the last voice that you will ever hear. Don't be alarmed!". Were the band puppets of the ZTT record label and producer Trevor Horn?

A version of Two Tribes was originally recorded for a BBC John Peel session in October 1982. It is quite clear that the basic structure of the song - including the bass-line and percussion arrangement - was already established, prior to any involvement from ZTT or producer Trevor Horn.

Of course, without Horn, the band, quite simply, would never have achieved anywhere near the same level of success that they enjoyed. He gave the songs the polish they needed to reach the top of the music charts. The band could play their instruments, but not up to Horn's high standards, and they had little input into how the final single sounded. 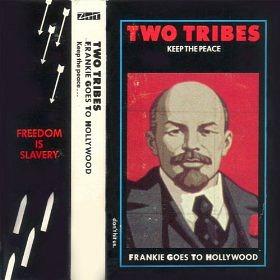 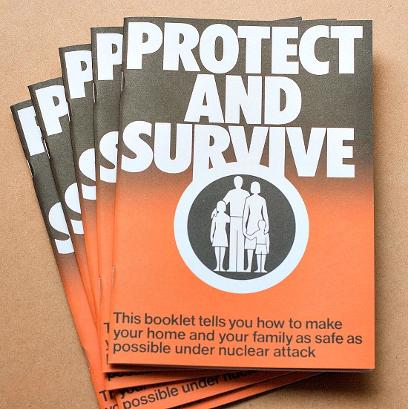 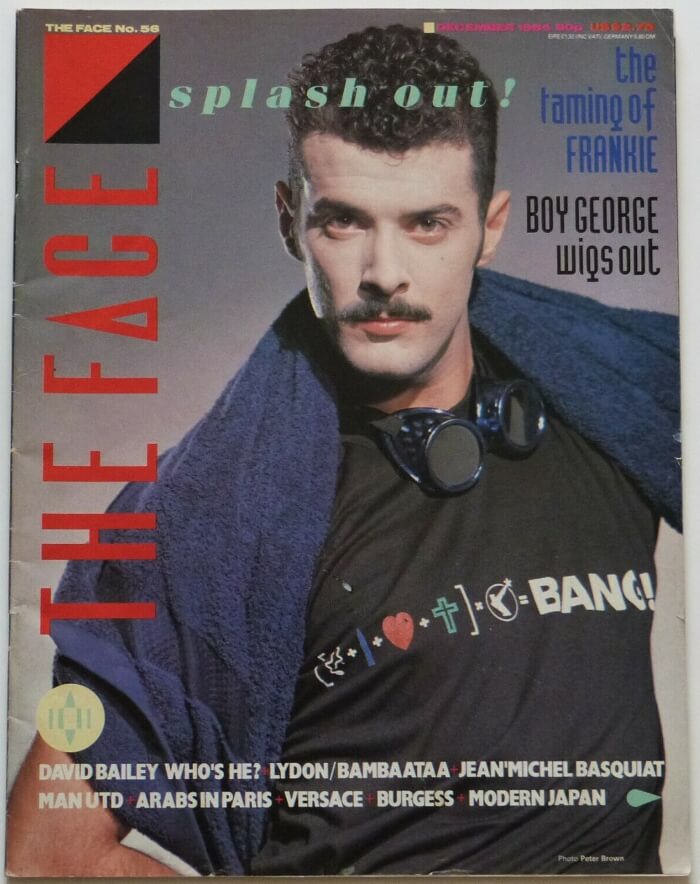