Frankie Goes To Hollywood Live on The Tube in 1987

Now, here's a rare gem uploaded from someone's old Betamax recording. I'm not sure how long it will remain on Youtube, so I recommend watching it now before it's deleted!
Frankie Goes To Hollywood perform three songs to promote their second album Liverpool. It's interesting to note that their attire is as confused as the musical direction the band were taking. Frontman Holly Johnson, bassist Mark O' Toole and dancer/backing vocalist Paul Rutherford (here for the smell of it) are dressed in sharp suits, while Peter "Ped" Gill (on drums) is wearing plain old jeans and a T-shirt, with Brian "Nasher" Nash opting for a leather jacket. It's all a bit of a mismatch, but anyone tuning in to The Tube did so for the music, not for the 80s fashion. 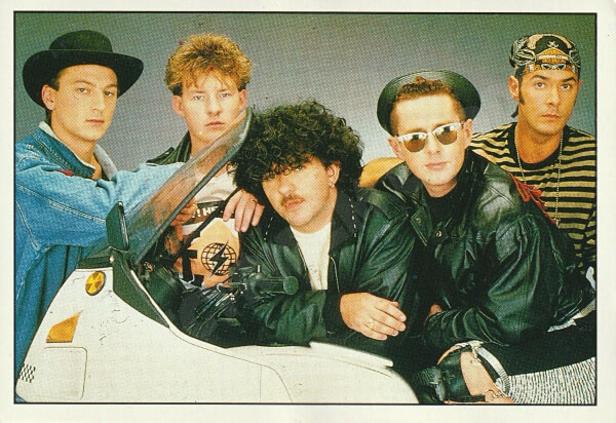 The band open with "Lunar Bay", a track which sounds more Propaganda than Frankie, and gives us an orwellian glimpse into the future of the working classes, ending with comedian Stan Boardman telling us that "In the common age of automation, where people might eventually work ten or twenty hours a week, Man for the first time will be forced to confront himself with the true spiritual problems of living". I was always rather bemused by the fact that a comedian was chosen to deliver a pretty serious message about the future of the working classes.
This live version I like, especially when the driving guitar kicks in later on, something which is missing from the studio version, sadly. Talking of which, it's a track that was recorded while the band were as drunk as skunks, apparently!
"Rage Hard" is a track that Holly Johnson hates performing live, and he has revealed many times that he always struggles with the vocals. Well, he's not wrong, and he does indeed sound out of tune in this live performance. The song was the first to be released from the Liverpool album, and it proved to be all rather too poetic and full of seething anger for the Radio 1 audience. The cheekiness had gone, and the musical direction was confused, with the lads wanting to rock (and prove they could play their instruments), and Johnson going deep with the lyrics and trying to prove the band had something serious to say, using Dylan Thomas and T.S. Elliot as his influences. It was a leap too far for many, although I always liked the track. 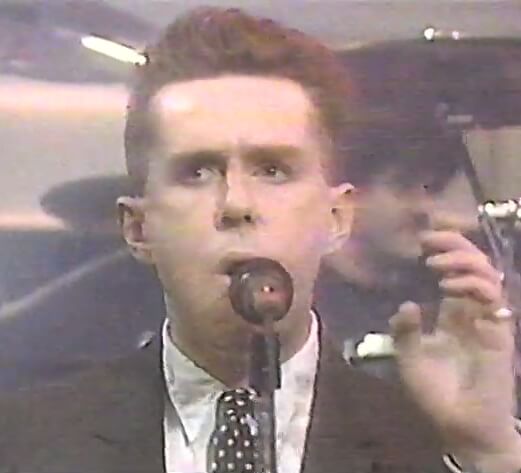 The third and final song performed live is the second single "Warriors of the Wasteland". It's a track that wouldn't have sounded out of place on a Europe album, but failed to become anywhere near as successful as "The Final Countdown", stalling at No.19 in the UK singles chart. As well as T.S. Elliot's poem "The Waste Land", Johnson was also inspired by the 80s movies Mad Max and The Warriors. In the end, it was a track that sounded like it was created purely to prove the lads could play their instruments, where Frankie go metal, but it lacked the energy and excitement of "Two Tribes", and sounded more Spinal Tap than Frankie. However, the electro rock 12" saw the return of the old Frankie sound, and would've sounded right at home on the band's previous Welcome To The Pleasuredome album.
So the result of band members trying to take the band in different musical directions, is a fascinating, politically-charged mix of musical styles, and unlike the Pleasuredome, there's not a cover version in sight. And while it was all too easy for the critics to slate the album, personally, I preferred Liverpool, as Trevor Horn took a back seat and allowed the band's real sound to shine through more often. This meant it was never going to be as commercially successful, but still managed to reach a respectable No.5 in Germany and the UK.

Relax Live with Lemmy from Motorhead 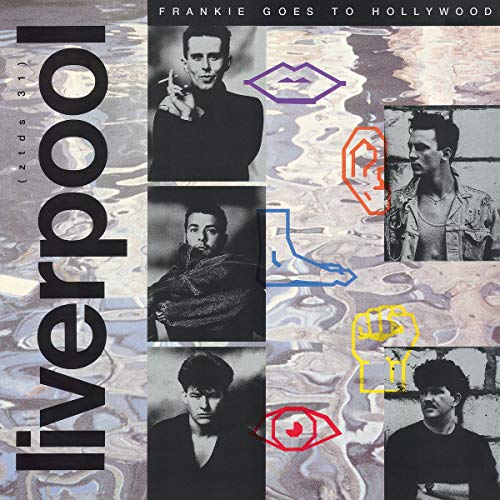