If you were around in 1984, then you don't need me to tell you that Frankie Goes To Hollywood were the biggest-selling 80s band of the year - put simply, in 1984 they were huge! They became one of the most controversial bands of the decade, releasing original songs about gay sex ("Relax"), nuclear war ("Two Tribes") and sexual perversion ("Welcome To The Pleasuredome").
The band's first three singles all reached No.1, equalling a record set by another Liverpudlian band, Gerry and the Pacemakers.
Frankie disbanded in 1987, after releasing two successful albums and seven hit singles. 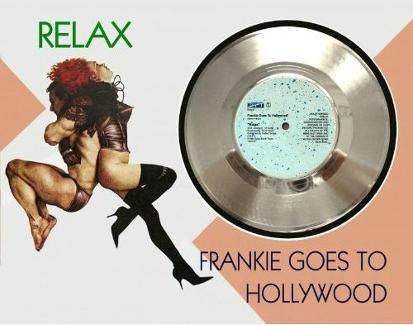 The Liverpool band's first single, "Relax", was infamously banned by BBC Radio 1 DJ Mike Reid for its explicit lyrics. "Relax, don't do it when you wanna go to it" which referred to holding back from ejaculation - pretty tame by today's standards!

The video was also banned from daytime TV as it was also deemed to be too sexually explicit. Well, a fat guy who looks like Emperor Nero pulling down his pants and appearing to either urinate or ejaculate on the lead singer is pretty disgusting. I remember the band's manager, Paul Morley, stating in a TV interview that the guy was "urinating", although the song is about ejaculation, which is why I have always been a little confused about what he is actually doing.

The actor playing the Emperor was John Dair, who you may remember as Harry Grout's bodyguard "Crusher" in the popular BBC sitcom Porridge.

Of course, after the ban, the single then rocketed to No.1 and stayed there for five weeks, and even today it remains in the top ten best-selling UK singles chart, having sold over 2 million copies. "Relax" also re-entered the UK charts and reached No.2 whilst the follow-up single, "Two Tribes", was still hogging the limelight at No.1. The ban also helped sales of Now That's What I Call Music 2, on which, "Relax" featured.

The Katherine Hamnett inspired Frankie Say Relax T-shirt became as big as the single. Several other T-shirts were also released, including "Frankie Say War - Hide Yourself!", and "Frankie Say Arm The Unemployed", although these weren't quite as successful. 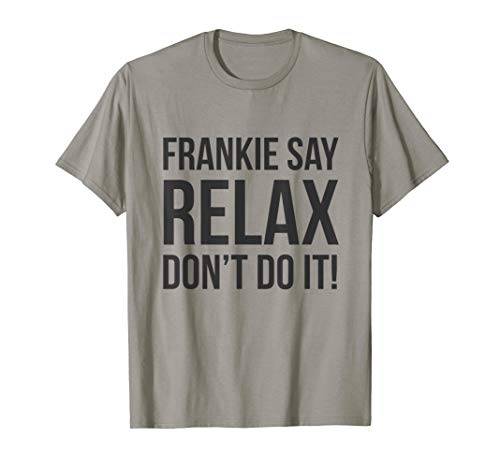 Classic Frankie Say Relax Don't Do It T-shirt for Men and Women, S to 3XL 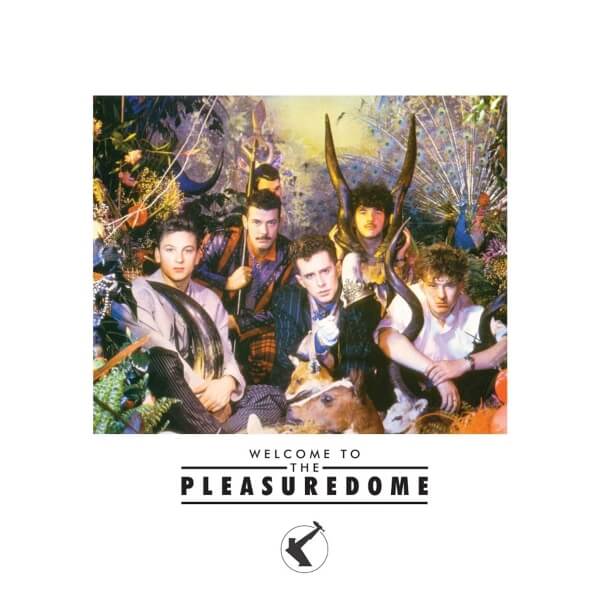 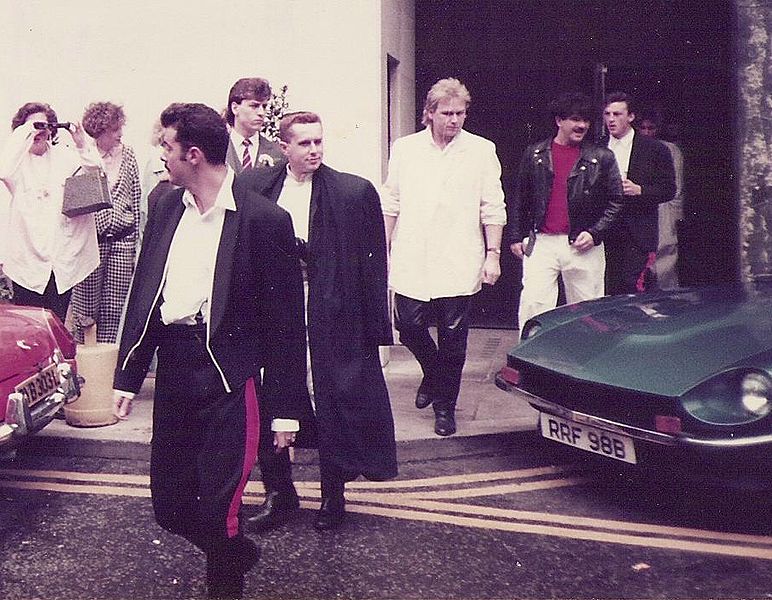 The video featured in the playlist above is the alternative video for "Relax" that wasn't banned, which simply features the band, rather than all of the controversial sexy stuff.

The only member of the band to actually perform on the single was Holly Johnson. Producer Trevor Horn wasn't happy with the band's sound and roped in Ian Dury's backing band The Blockheads for some musical sessions. However, being the perfectionist that he was, even they weren't up to Horn's high standards, and so he created an electronic version for the final single release.


In 2009, a remix by Chicane was released to promote the compilation album Frankie Say Greatest, and the video features an appearance by Holly Johnson. You can see the video in the playlist at the top of the page. There are lots of scantily clad ladies, and the innuendo of popping corks with foaming champagne spurting out of bottles, but nothing quite as controversial as the original.

Nuclear armageddon ("Sex and horror are the new Gods!") was the subject of that second Frankie single, "Two Tribes". With cold war paranoia gripping the World, the timing was perfect. Featuring snippets from the UK Government's 'Protect and Survive' public service broadcast, "Two Tribes" stayed put at No.1 for a whopping nine weeks.

Once again, the video managed to court controversy and featured US president Ronald Reagan and USSR president Konstantin Chernenko bare-knuckle fighting in an arena. Of course, they were just lookalikes, but it was very thought-provoking, nonetheless, particularly at the end when all of the nations join in and the world finally explodes.

There were countless different 12 inch versions and remixes released by ZTT. Two Tribes is also in the top 30 of all-time best-selling UK singles chart. 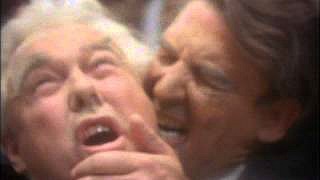 After two singles (and videos) that caused much controversy, quite unexpectedly, Frankie released an incredible ballad, "The Power Of Love", which also spent a week at No.1, but was quickly knocked off the top spot by Band Aid's "Do They Know It's Christmas?".

This quite superb ballad was the band's third single release from the Welcome to the Pleasuredome album, and was also Frankie's third No.1 in a row. It only topped the charts in December 1984.

The song was covered by Gabrielle Aplin for the John Lewis UK TV advert for Christmas 2012. It's one of the best cover versions I've heard and she has a very haunting voice, although I still prefer the production of the original. 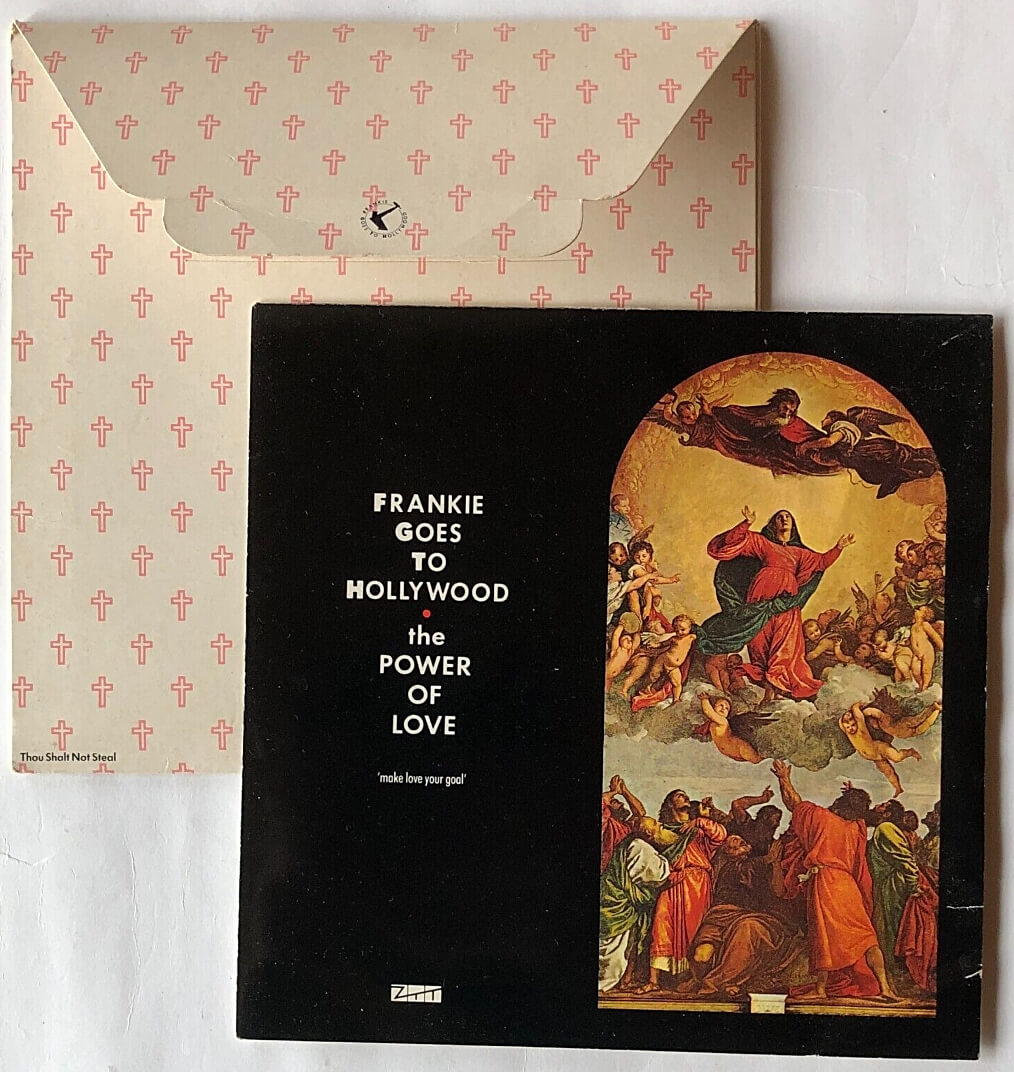 "Welcome To The Pleasuredome" (single)

In March 1985, "Welcome To The Pleasuredome" was released as Frankie's fourth single, and was the title track from their debut album. Promotional posters suggested that this would be their "fourth number one". Unfortunately, the song peaked at #2 in the UK, but still achieved silver in sales which was extremely respectable for a fourth single from a debut album. It was kept off the top spot by Philip Bailey and Phil Collins with "Easy Lover".

After this, Frankie Goes To Hollywood escaped from the tax men by moving around various locations (including a remote, Irish castle, apparently) and they had just six months to to pen their second album Liverpool. 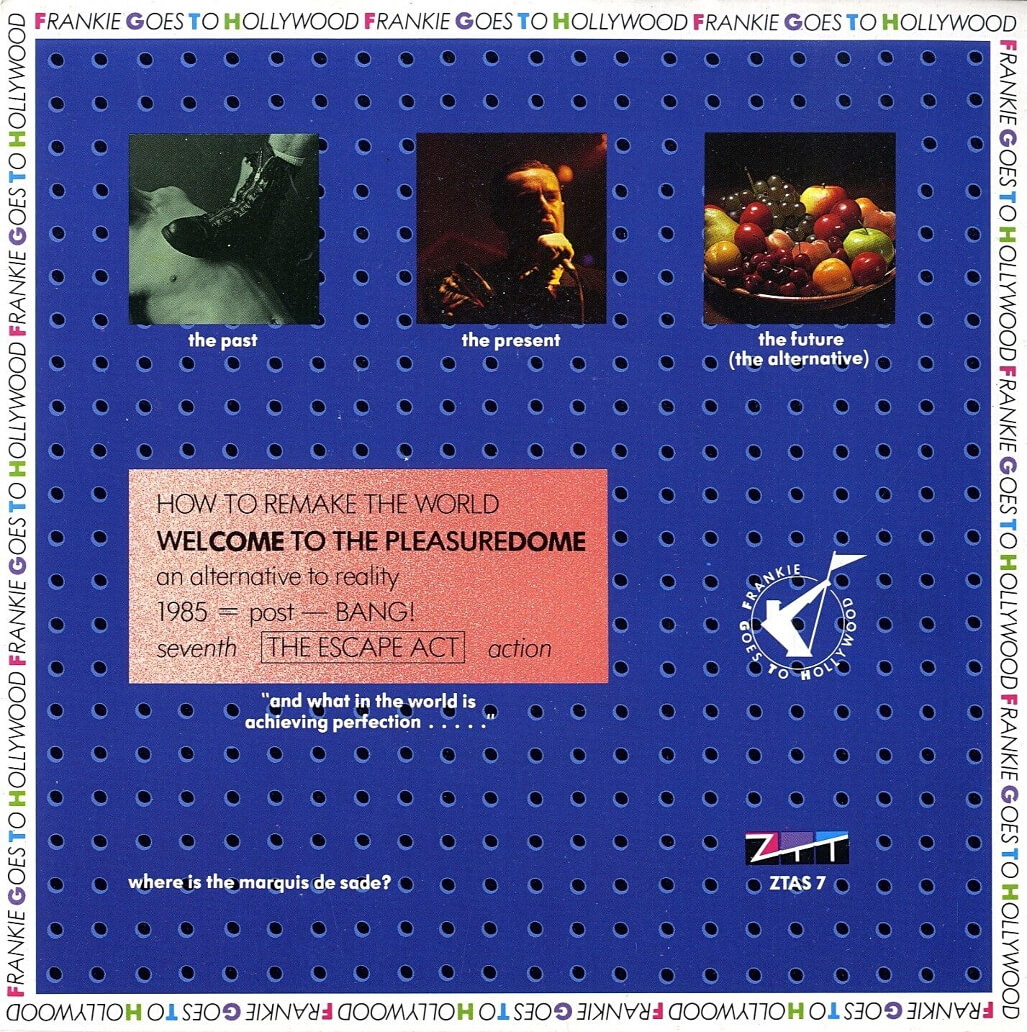 War was originally a soul song written by Norman Whitfield and Barrett Strong for the Mowtown label in 1969. This dramatic cover featured on the Welcome to the Pleasuredome album, and the band performed a cracking live version (love the guitar work on this) on the 80s British music show The Tube on Channel 4 - you can see this in the playlist at the top of this page.

War was originally released in 1970 by Edwin Starr and topped the bilboard Hot 100 in the U.S. Written by Norman Whitfield and Barrett Strong in 1969, the song was originally produced for The Temptations, although it was was never released as a single by the American vocal group. However, it did feature on their album Psycheldelic Shack, and was much tamer than Starr's full-on version.

It was always going to be a monumental challenge for the band to release an interesting follow-up album that wasn't going to get slated by the media. After all, they had already shocked the nation with songs about ejaculation, nuclear armageddon and debauchery. Where could they go from here?

The Liverpool album was a more serious affair than the Pleasuredome, and the lyrics were even more politically charged. The band were keen to prove that they could actually play their instruments (they had limited input on the Pleasuredome album) and you can certainly hear more of their raw sound, especially on "Kill The Pain". With no cover versions, and Trevor Horn having a less prominent hand in the production, combined with some pretty deep and poetical lyrics, the album was never going to do as well commercially. 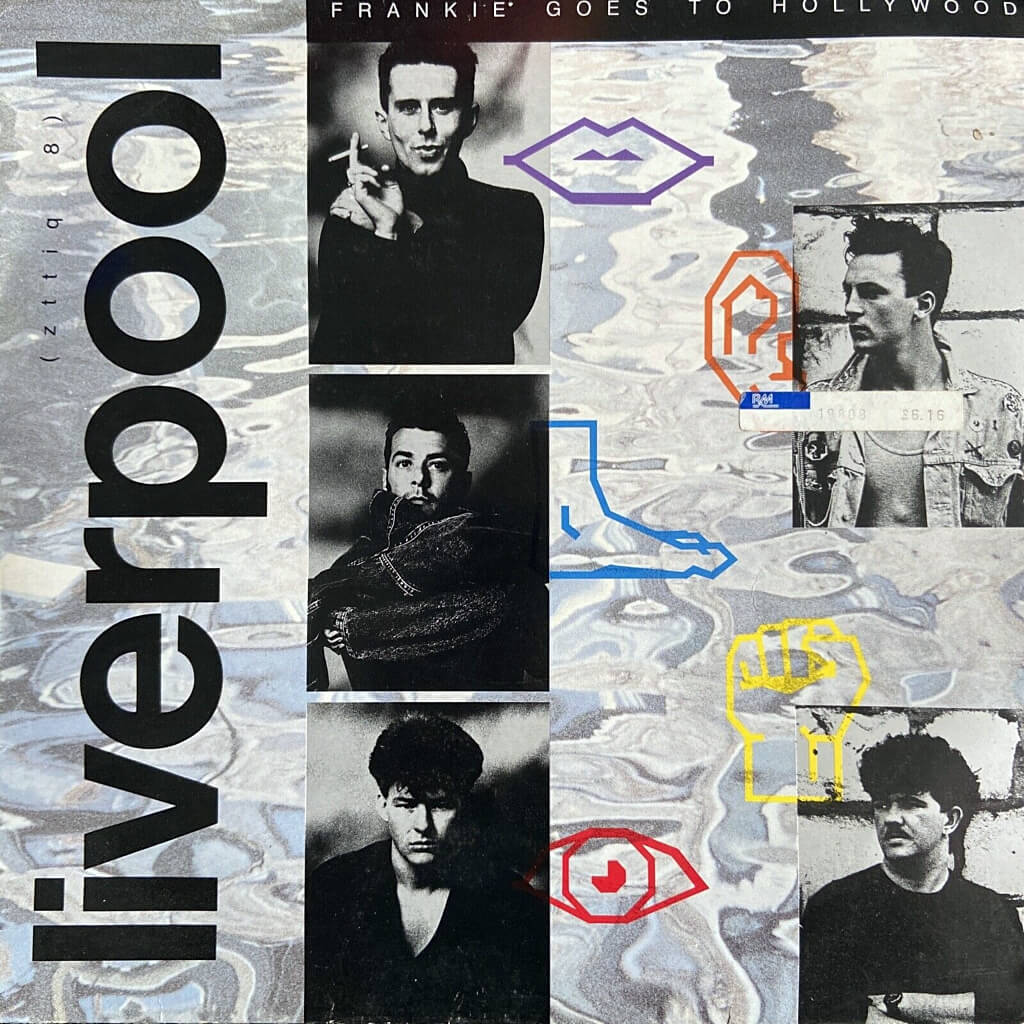 Unfortunately, pop is a fickle business to be in, and the band's return in the late summer of 1986 with the new single "Rage Hard" wasn't welcomed with open arms by the critics. In Ro Newton's review of the song for Smash Hits (27 Aug-Sept 9 1986), she wrote "Rage Hard sounds like any of their previous singles but watered-down and without the guts".

However, the single still reached No.4 in the UK charts, and the Liverpool album managed to reach a respectable No.5. Far from a flop, but it was the start of the slippery slope for Frankie, and the next single "Warriors Of The Wasteland" only reached No.19 in the UK. However, many critics thought this was a pretty decent single, and should have been released before Rage Hard, as only die hard fans were now buying their music. 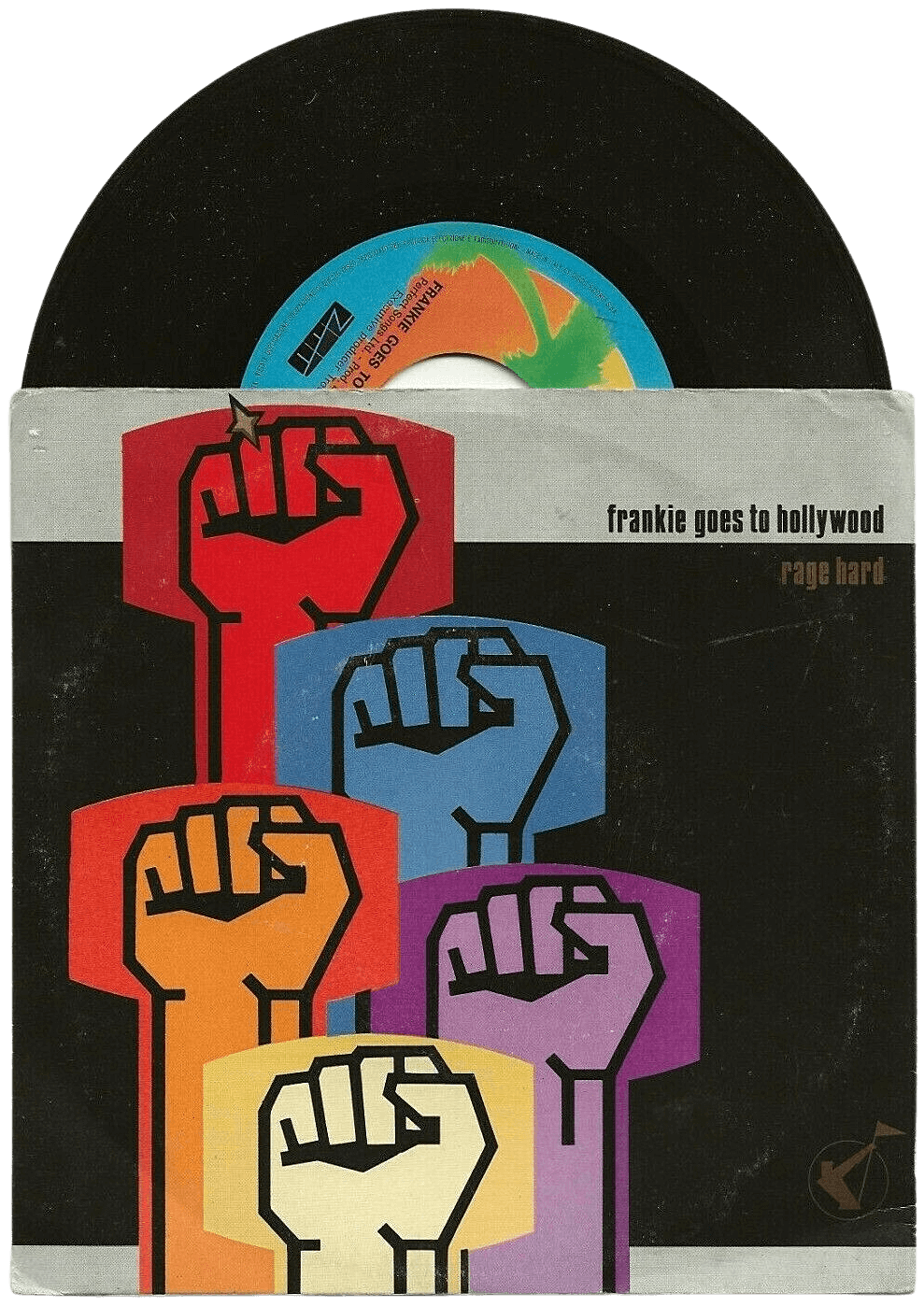 "Rage Hard" was Frankie's fifth chart hit, and it was the first single to be lifted from the Liverpool album. In an interesting Top Of The Pops performance, the band appear to have just robbed a bank! At one point, the cameraman runs into lead singer Holly Johnson, who, in response, sticks his middle finger up to him!

As with all of the Frankie singles, there are quite a number of remixes of the single, and the original UK 12" vinyl release included the Broad Version, Roadhouse Blues, (Don't Lose What's Left) Of Your Little Mind and Always Note The Sequencer. The Broad Version version has a rather weird intro, but once it finally gets going then it becomes a decent enough listen.

Released in August 1986 (seventeen months after the Welcome To The Pleasuredome single), the single managed to top the charts in Germany and reached #2 in Ireland. Although the song was far from a flop, it never achieved the success of Frankie's first three chart-topping releases Relax, Two Tribes and The Power Of Love.

With lyrics inspired by the poet Dylan Thomas - these are arguably some of the band's best lyrics - the song featured a more rock-orientated sound than previous releases, but lacked the production skills of Trevor Horn, a decent chorus, and the controversial lyrics that the record-buying public came to expect from the band. I actually quite like Stephen Lipson's production, but from a commercial point of view the song was never going to repeat the success of the golden days.

"Warriors Of The Wasteland"

For the release of the follow-up single, "Warriors Of The Wasteland", Trevor Horn decided to produce an electro-rock version of the heavy metal version that featured on the Liverpool album, although it couldn't save the band from the decline in the charts. It had been totally re-worked using a computer sequencer with samples of the band playing their instruments.
I much prefer the original album version, in which, Frankie goes metal. There is also a gem of a mix called the "Attack Mix" which features some awesome guitar playing by the legendary Gary Moore. 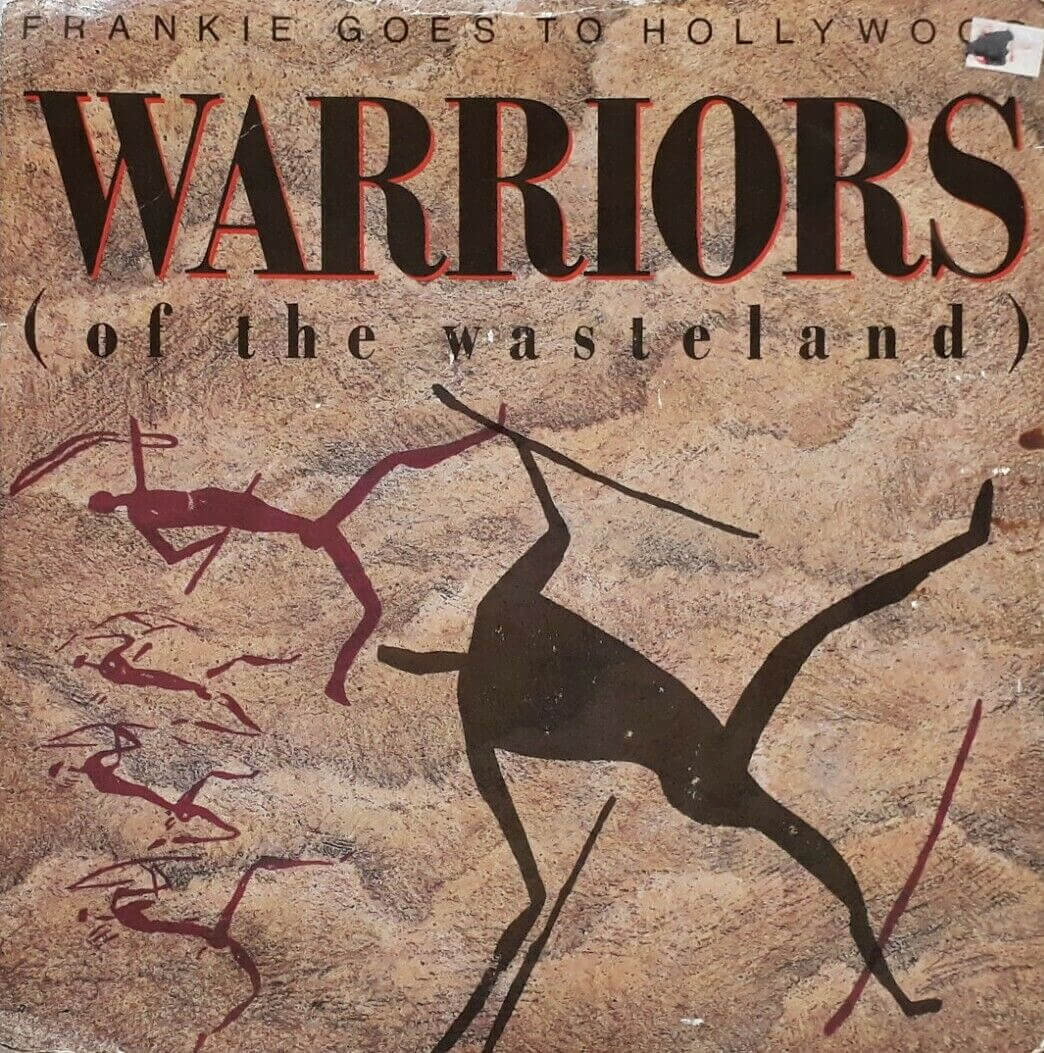 A final single "Watching The Wildlife" briefly visited the Top 30, but Frankie then disbanded - very sad. Holly Johnson was unhappy with the direction the band were taking with their sound. "The lads" wanted to experiment with heavy metal, but Johnson believed this was a backward step and the band would sound very dated. I guess he had a point, particularly after Spinal Tap had exposed how shallow and pretentious many hair metal bands really were!

Johnson went on to have a briefly successful solo career with a No.1 album entitled Blast!, which spawned four singles "Love Train", "Americanos", "Atomic City", and "Heaven's Here". 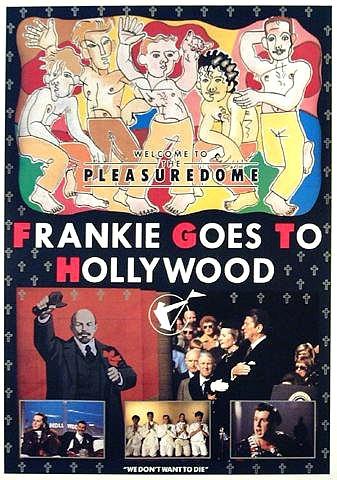 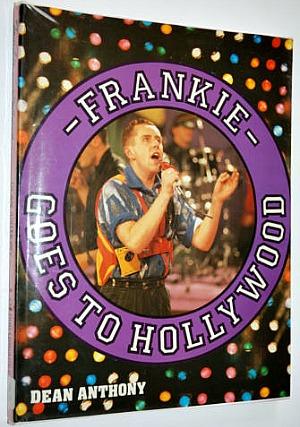 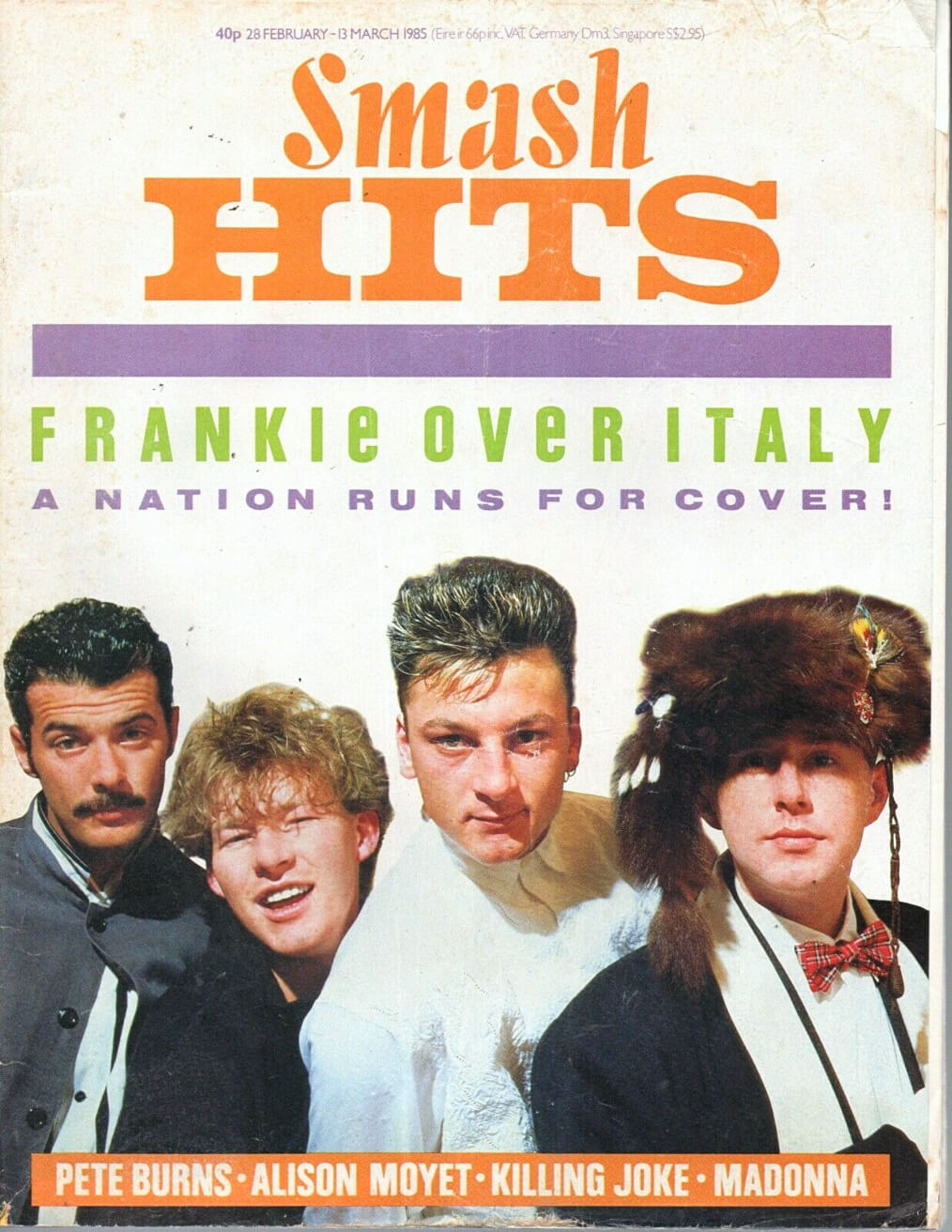 Now, this is a little gem I found on Youtube - it's pretty amazing if I may say so myself! This version of Frankie Goes To Hollywood's classic Welcome To The Pleasuredome is one of the best I've heard, and adds a lot of fresh ideas and new sounds. After hearing all of the 12" mixes around, including the original ZTT mixes and dance remixes, this is certainly the most refreshing and intriguing.

The original album version is a 13 minute epic produced by the legendary Trevor Horn, who had the knack of making everything sound dramatic and exciting - this is a guy who likes to pull out all the stops. For me, this the best track on the album, and it's a shame it didn't manage to top the charts, but by the time it was released almost everyone had bought the album anyway. 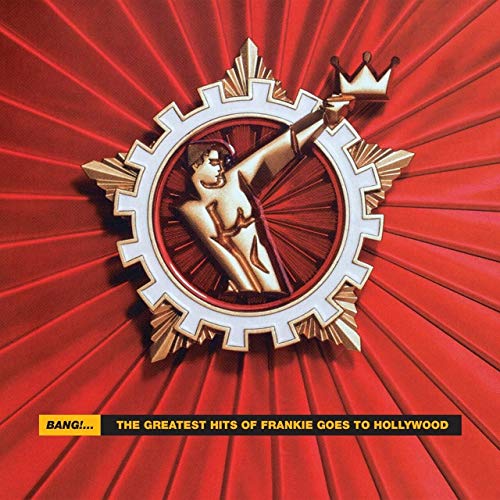 Bang! The Greatest Hits of Frankie Goes To HollywoodBUY from AMAZON