After the phenomenal success of Taito's Space Invaders, Namco wanted to capitalise on this by releasing their own take on the game. Galaxian was the result, and it played like an advanced version of Taito's hit, with the addition of color RGB graphics and more complex enemy patterns. The game became a big success for Namco.
In addition to the set formation of the aliens, some would now divebomb towards the player, firing missiles. As with Space Invaders, hardware limitations meant that only one player missile could be displayed on screen at a time, limiting the fire power of the players Starship called "Galaxip". 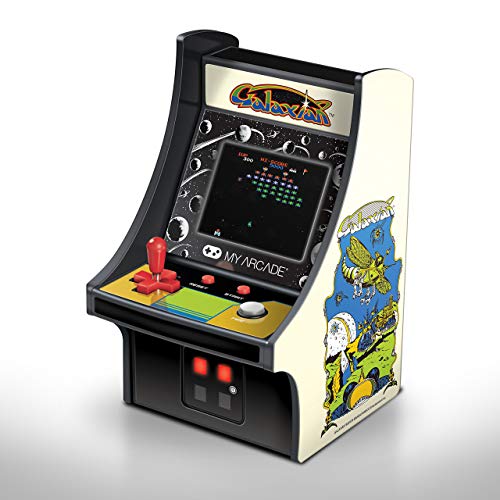 As with most arcade games, the levels become progressively more difficult to play, with increasingly  frequent and aggressive kamikaze dives by the aliens. Destroying the flagship and two escorts would earn the player bonus points.
Released in 1979, Galaxian was the first arcade game to feature 100% true color graphics - Space Invaders used coloured perspex sheets to give the illusion of colour.
Atari Inc. gained the rights to port the game to their own systems, including the VCS/2600, 5200 and 400/800 computers. Atari Soft also published versions for the Commodore 64, Commodore Vic-20, ZX Spectrum, ColecoVision, Apple II, IBM PC. The ports were released between 1982 and 1984.
A stand-alone tabletop version of Galaxian was released by Coleco in 1981.
Released in 1981, the game's sequel Galaga became an even bigger success for Namco.

From experience, I can tell you that the Atari 2600 port is colourful and exciting with quite fluid animation, and it's pretty faithful to the original arcade version. 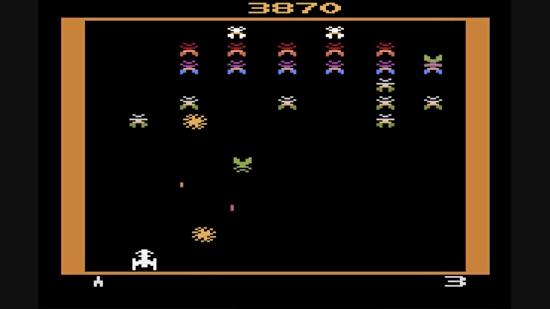 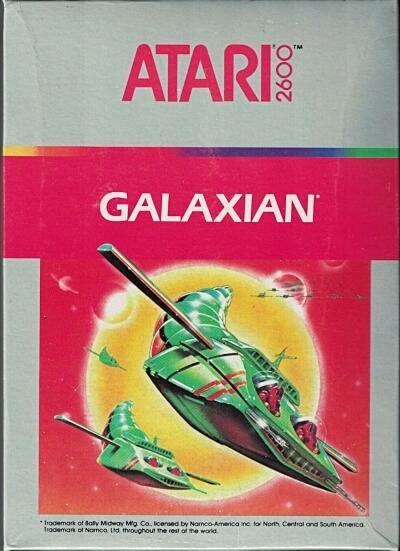 The official ZX Spectrum version retailed at £7.99 and was published by Atarisoft in 1984. It's a very decent port, and more polished than the unofficial Galaxians which was released in 1982 by Artic Computing. However, the graphics are a little flickery.
A classic game it may be, but by the time of its release in the mid 80s, the game was looking pretty dated compared to other releases during 1984 (such as Jet Set Willy and Bruce Lee), and should really have been released at a budget price. 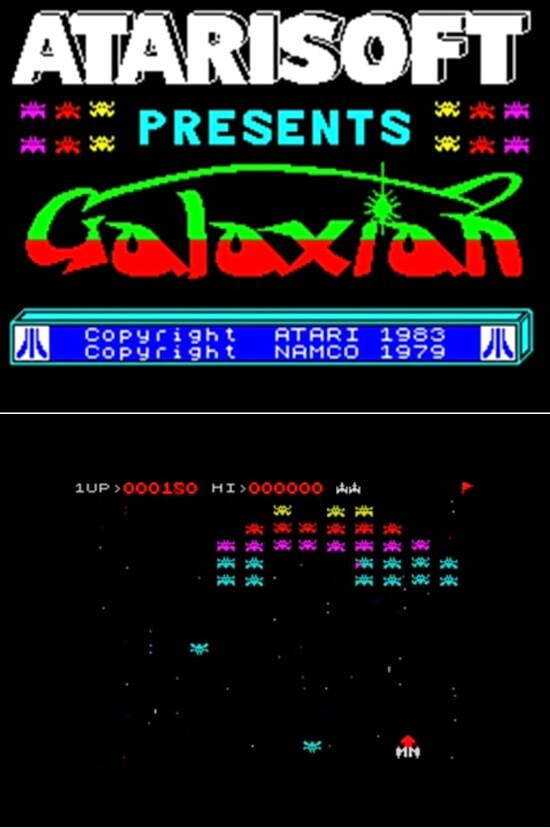 Galaxian on the C64

While your starship and some of the aliens are multi-coloured, the C64 version doesn't look as brightly-coloured as the ZX Spectrum version. The gameplay is pretty slow, too, although this gives you more time to dodge any incoming missiles and diving aliens. However, this does make the game rather tedious to play after a while. A nice starfield in the background would have been a nice touch. This is a disappointing port. 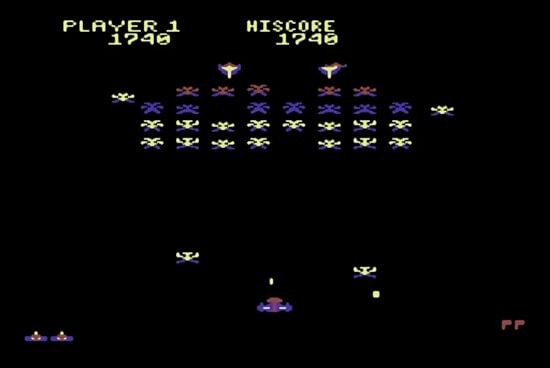 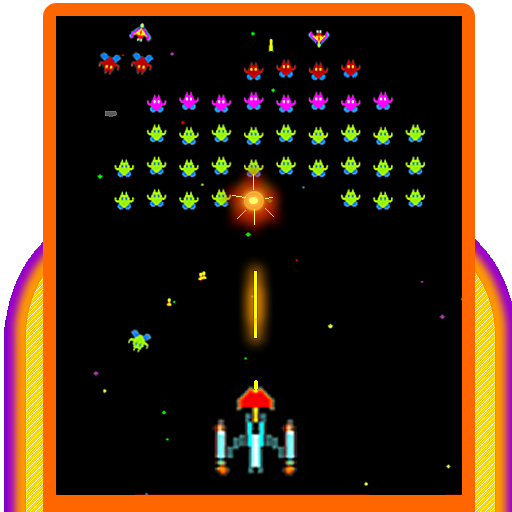