Asteroids is best described as a 1980s, multi-directional shooter featuring vector graphics. I certainly remember playing the arcade game at a motorway service station, and also at the local Youth Club after school. I never really managed to get to grips with the thrust controls, and my spaceship would quickly find itself crashing into a the nearest rock fragment!

This influential game is now considered a true 80s video game classic and was originally developed and published by Atari. The game first appeared in the arcades in November 1979, and quickly became hugely popular, displacing Space Invaders as the most popular arcade game. 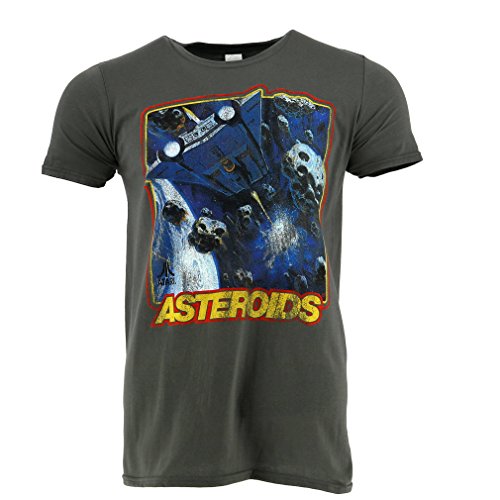 The game was heavily influenced by two earlier video games, Space War and Computer Space. Space War was one of the earliest computer games which was developed in 1962 for the Digital Equipment Corporaton (DEC) PDP-1 computer. Computer Space was the first commercial arcade video game which was released in 1971 around a year before Atari's Pong. It was created by Nolan Bushnell and Ted Dabney. If you think you've heard those names before, it's because they were the founders of Atari Inc.

Asteroids itself has influenced many other games and also has three official sequels which were also developed by Atari; Asteroids Deluxe (1981), Space Duel (1982) and Blasteroids (1987).

If you think you're an Asteroids expert then you may like to know that the world record score is 41,336, 400 points which was set by Scott Safran on November 13th 1982 when he was just 15 years old. Sadly, Scott died in an accident in 1989, but his record remains intact.

Please note that for copyright reasons we have removed the online flash game that was on this page.
Asteroids was released during the early part of the golden age of video gaming, when games were just starting to become mainstream. It was Atari's biggest-selling arcade game of the 1980s, raking in around $150 million for the company with sales of over 70,000 cabinets.
After it's huge success, the game was soon ported to Atari's 2600 console (it was the first game to make use of bank switching which doubled the ROM capacity from 4KB to 8KB) and 400/800 home computers. It was later released for the 7800 console during 1986.
Unlike the vector graphics of the original game, the 2600 version featured multi-coloured asteroids. 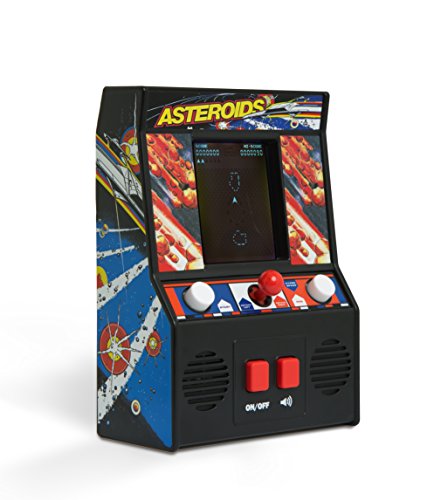