Released in 1984 by Nintendo, Duck Hunt was one of the first games on the NES platform to use the 'light gun'. The basic idea of this game is pretty simple - you're a duck hunter armed with a pistol and your trusty dog. You have three shots to shoot one or two ducks each round. After ten rounds of duck hunting (you'll probably be rather bored of shooting duck at this point), you go to the shooting range and shoot at clay pigeons for another ten rounds - although the dog is absent.
The game is rather fun and satisfying initially, but gets tiresome quite quickly. The sound effects are pretty much what you'd expect for a game from the early 1980s, and the gameplay and graphics are simple.
Nonetheless, the game is fun to play every once in a while, and is one of the best-known NES games.

Special Instructions : Be patient for this game to load. To fire your pistol click your mouse button.

Did you know? The highest level you can reach in Duck Hunt is 100, as a glitch appears making it impossible to progress any further. 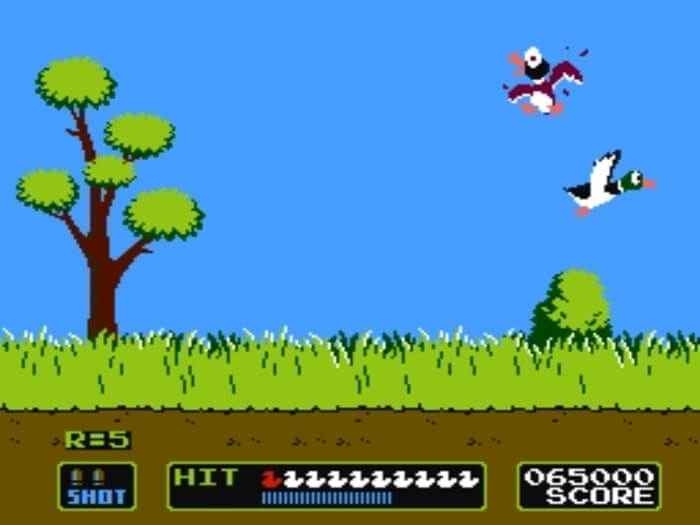 Screen grab from the NES version. I was always amused by the startled face of the duck when you had just shot it! 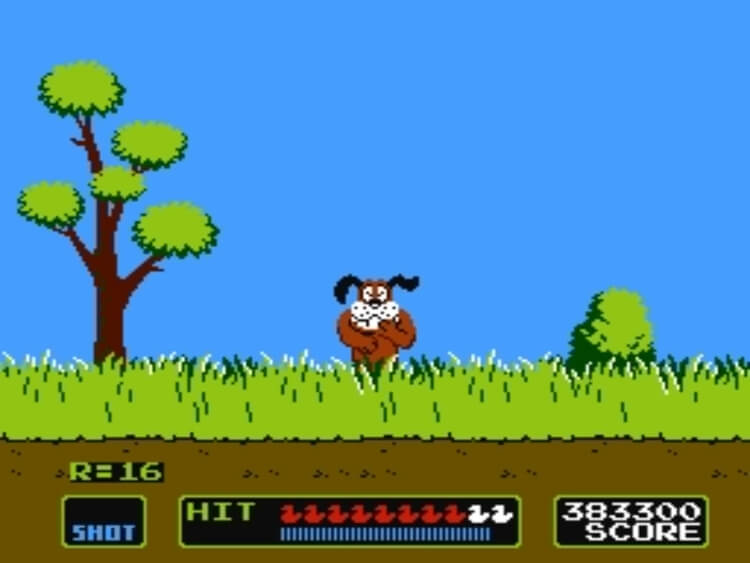 The iconic but very annoying and smug Duck Hunt dog, who laughs at you whenever you miss your target! It's such a pity that you can't shoot him, too and be rewarded handsomely for it. Indeed, that dog has often been voted for as the one of the most annoying video game characters of the 1980s. That said, he does have his uses, as he picks up the dead ducks for you and also flushes them out.
Hiroji Kayotake is responsible for designing that darn dog, and he also created Samus Aran and Wario.
The dog makes an appearance in Tetris, but only on the Nintendo DS.

Can you kill the dog in Duck Hunt?

Well, that's the 64,000 dollar question. There have been rumours abound about players actually killing the dog since the mid 1980s. Although Nintendo themselves have always insisted that you can't kill the dog with the light zapper, there are many players who claim to have done so, and that the sound of the dog's yelp has haunted them ever since.
Whether you can or can't kill the dog will probably always be open for debate. However, You CAN kill the dog in the arcade version, for sure, but only in the bonus rounds. It's not very satisfying, though, as you will simply receive a message "Ouch! Shoot the ducks, not me!” - no gore or yelps. 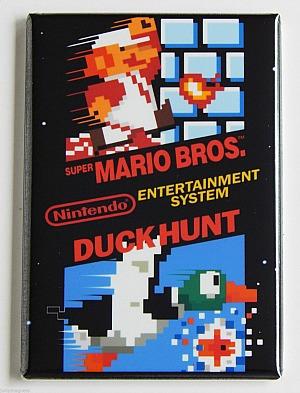