Frogger was one of the best-known video games of the 80s. Like many games of the period, it was simple and straightforward to play and was incredibly addictive. With its joyful melodies and colourful graphics, it could be enjoyed by most age groups.

The game featured more ways to die than any other game released during 1981 (I always thought it was rather odd that your frog could be killed just by falling into the water, given that it is an amphibian!), so you had to concentrate hard just to compete the first level!

You can play this classic game right now with the free flash game below. You can also read more info underneath the game.

Instructions: Simply use your arrow keys to move your frog and the spacebar to jump. Simply avoid all of the traffic and then try to jump on to the logs and turtles to make it to the top of the screen to one of the lilypads. Get five frogs onto the lilypads to complete the level. Each level will become harder to complete.

How NOT to play frogger

1. Create a terrible splat by jumping right in front of a vehicle.
2. Drown your poor froggy by leaping into the river.
3. Jump onto a nasty snake on the riverbank.
4. Jump into the jaws of a crocodile lurking on the riverbank.
5. Jump onto a diving turtle and wait for it to be totally submerged.
6. Jump into a home already occupied by a frog or a crocodile.
7. Ride a turtle or log off the side of the screen.
8. Run out of time!
Indeed, there are so many ways to die that just about everything in the game is hazardous!

Frogger was created by the Japanese video game and toy company Konami, and was distributed by Sega and Gremlin, with the very first version appearing in the arcades during 1981.

Of course, there are now hundreds of clones available to play online or download to your phone, but it is the original game that people of a certain age (including myself!) remember most fondly. There were also enhanced 3D versions, but none of them have the addictiveness of the original 80s arcade game.

The cartridge versions were licensed from Sega by Parker Bros, and released for the Atari 2600 and 5200 consoles, Atari 8-bit home computers, ColecoVision, Intellivision, Texas Instruments TI99/4A, C64 and Commodore Vic-20.

The version that I played as a teenager was on an Atari 800XL, which had a ROM cartridge slot in the top. I actually miss the days of simply plugging a game cartridge into the slot and instantly playing it, and this method was much quicker than loading a game on cassette or disk. Floppy disk and cassette versions were also distributed by Sierra at the time.

Many versions of the game also appeared in computer magazines as type-in listings in BASIC code (I remember spending a whole evening typing these in!), and you may have played clones such as Froggy on the ZX Spectrum, Hopper on the BBC Micro or Acorn Electron and Freeway on the Atari 2600.

A stand-alone tabletop version was also released by Coleco.

The music in the original game is from a Japanese children's song called Inu No Omawasrisan, which explains why it sounds so much like a nursery rhyme. 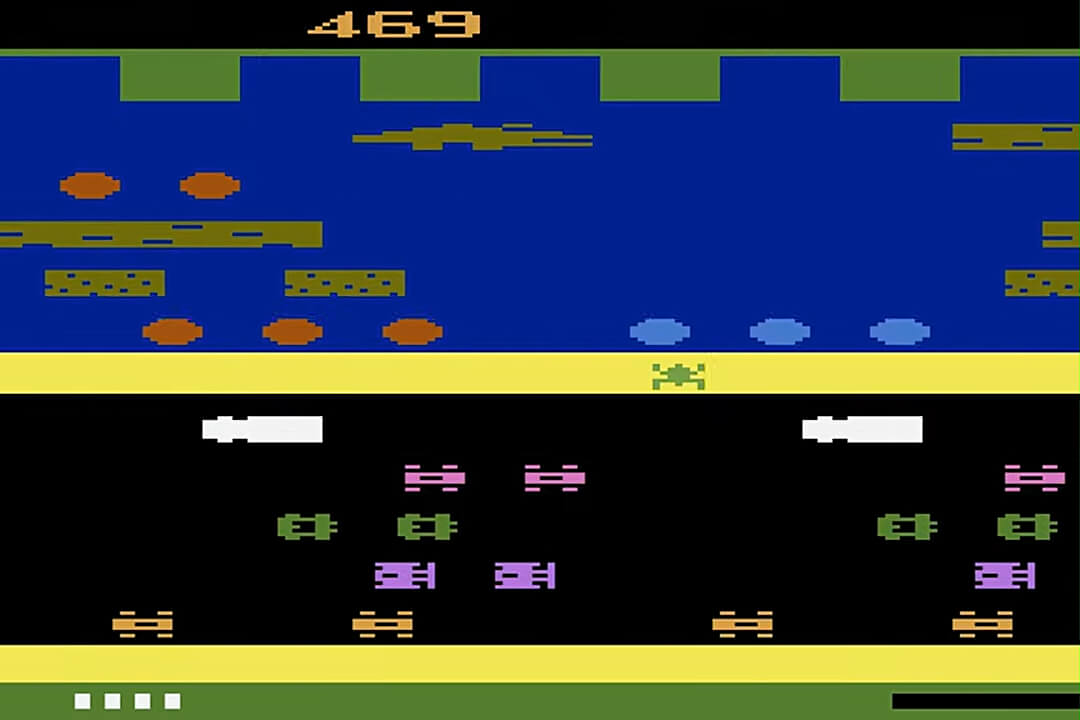 The Atari 2600 version was well-received by the critics of the day, and it was listed as one of the top ten games for the console by Entertainment Weekly.
It has all the features of the arcade version (except the quality of the graphics, of course), although one annoyance was having to wait for the annoying musical ditty to stop before you could actually move your damn frog!
You could make the game slightly easier to play by flipping the switch on the machine to the "B" position. This let the frog wraparound the screen, rather than being killed when it went off the edge.
Overall, this was a great conversion, and a hundred times better than that infamous Pac-Man conversion! 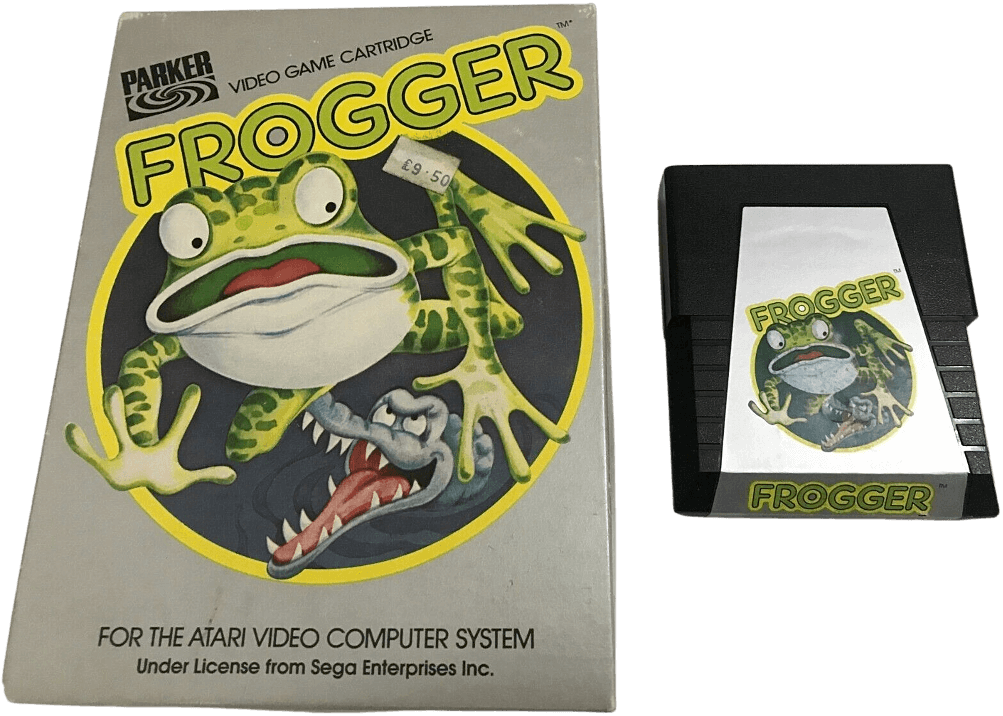 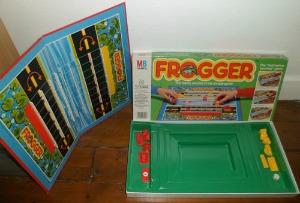 Even a board game was created by MB Games 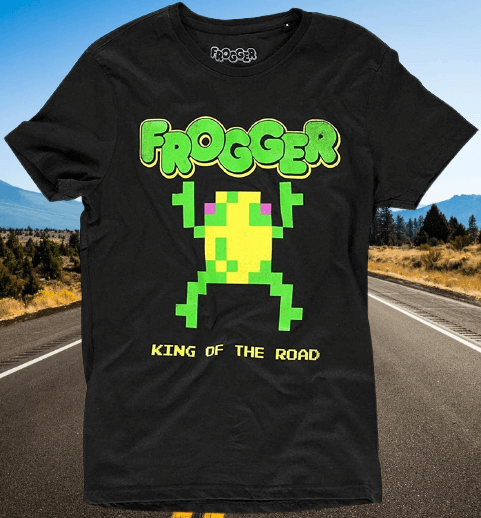