Kaboom was a classic game created by Activision, and it was a big hit on the Atari 2600 console. This version is faithful to the original. Below you will find the android and PC versions of the game that you can play for free.

Instructions: Press the yellow play arrow on the right hand side of the game to start. Use the slider to scroll through the instructions and press the play arrow again to start the game.

When you're ready, click your mouse button and the bombs will start to fall. Very simple - catch the bombs thrown by the mad bomber using your mouse (this would have been a paddle controller on the Atari console). Be warned - each level gets faster! 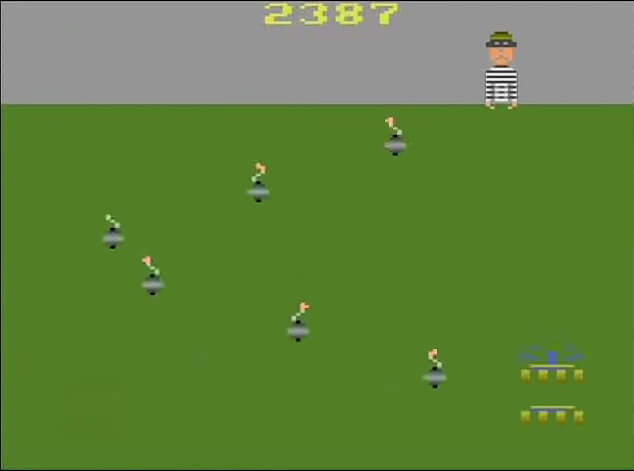 Kaboom! was first published in 1981 for the Atari 2600. It was designed by Larry Kaplan, the co-founder of Activision. He had previously written several other games for the console, including Air Sea Battle and Street Racer in 1977. Over one million units of Kaboom! had sold by 1983, and following its success, the game was also released for the Atari 5200 console and the 8-bit computers.
The game was based on the 1978 arcade coin-op game Avalanche, and the gameplay used the same concept. However, the falling rocks were replaced by bombs. The limitations of the Atari 2600 hardware made it impossible to copy the lining up of the rocks at the top of the screen (that randomly fall) without seriously affecting the gameplay, so this was replaced by the mad bomber who released one bomb at a time.
Kaboom! is now considered to be an 80s classic, and it's one of those games that you come back to time and time again. It requires lightning fast reactions and just about anyone can quickly learn to play the game. 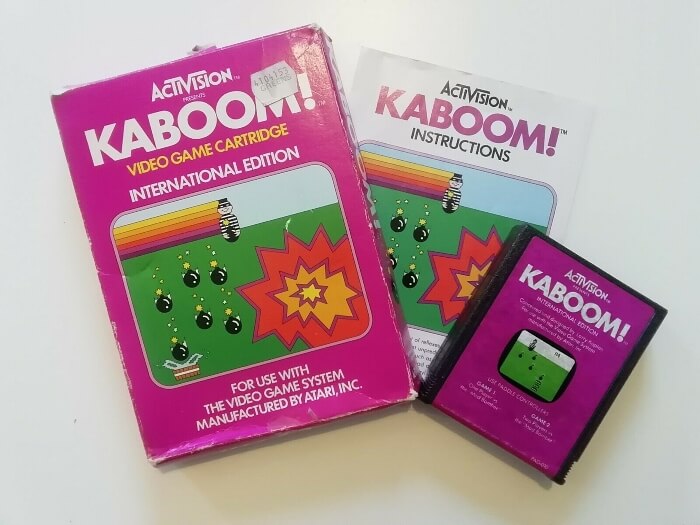 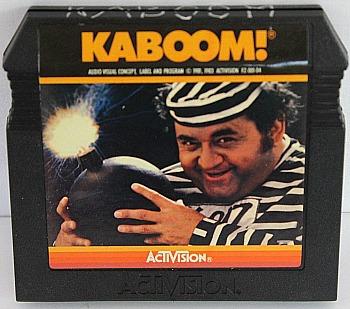 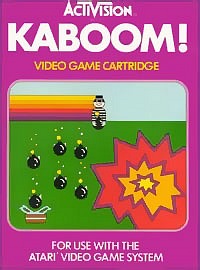