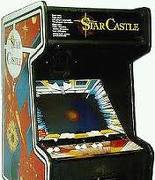 This is an old, but classic 80s game which used vector graphics. Although not as well-known as some of the other games on this site, it is both simple to play and very addictive.

Originally created in 1980 by Cinematronics, the object of the game is to obliterate a series of defenses circumferencing a stationary turret in the centre of the screen. In the free flash game above, Just use the arrow keys to move your ship and the spacebar to fire.

The controls for your ship are very much like Atari Asteroids, allowing you to rotate and thrust.

The game featured in the 1986 movie Maximum Overdrive. The player was electrocuted by the arcade game, which won't happen when you play the online version below - I promise!

Star Castle's designer, Tim Skelly, also created the 1982 monochrome vector arcade games War Of The Worlds and Armor Attack. He worked for Cinematronics from 1978 to 1981.

The only port of the game was for the Vectrex home console. Only 29 official games were released for the system, which was a commercial flop.
Like Space Invaders, the arcade game was actually black and white, and the colours were provided by transparent plastic sheets. 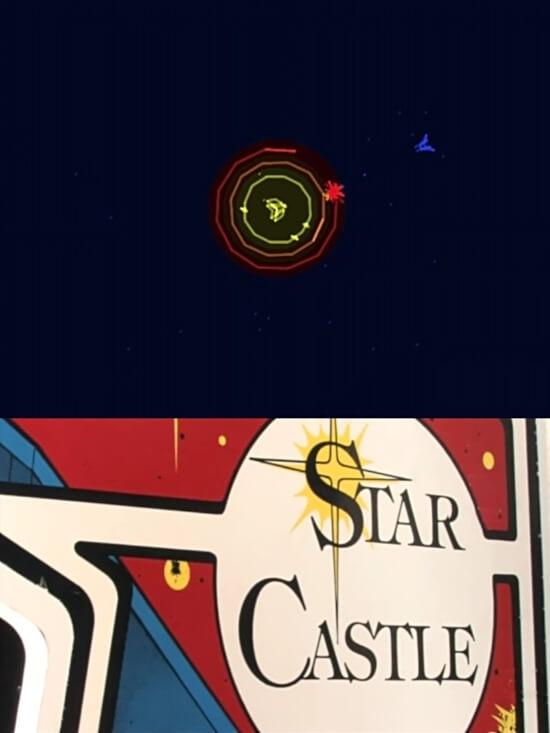