GARY BYRD and the G.B.EXPERIENCE "THE CROWN"

The 12 inch version of "The Crown" is notable for being one of the longest 12 inch singles to chart in the UK, lasting for a whopping 10 minutes and 35 seconds. The track was penned by Gary Byrd and Stevie Wonder and was released on the Motown label in the UK, reaching No.6.
However, the rap song was released on Stevie Wonder's own label Wondirection in the U.S., which was part of Motown. The single only reached #69 on the Billboard Hot 100, and this may well have been because of poor promotion by Wonder's label. 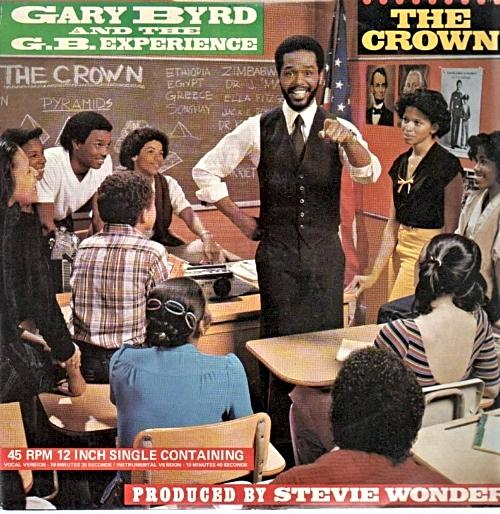 "The Crown" entered the UK singles chart at No.21 on 17th July 1983, climbing to No.6 the following week and remaining their for three weeks. During this time, Paul Young was at No.1 with "Wherever I Lay My Hat That's My Home", followed by KC and The Sunshine Band with "Give It Up"
Other singles released by Byrd were "Soul Travelin'" and "Every Brother Ain't a Brother". He also released an album The Gary Byrd Experience. Byrd also worked with Stevie Wonder on a number of other singles.
"The Crown" took three years to complete. It is widely regarded as a track that helped remove the novelty factor from rap, and showed that it can be used to spread a serious message.
Gary Byrd started out as DJ at a radio station in his home town of Buffalo, New York. He then moved to a New York City radio station, and experimented with reading poetry over music, which led to him releasing a number of rap records. While working there, Stevie Wonder sent him a cassette and asked him to write the lyrics for his songs.
Byrd was a Radio 1 DJ in the UK during the early to mid 1980s, and presented Sweet Inspiration on Sunday evenings at 11pm playing gospel music. An LP was released during 1984 featuring a compilation of selections from his radio show. 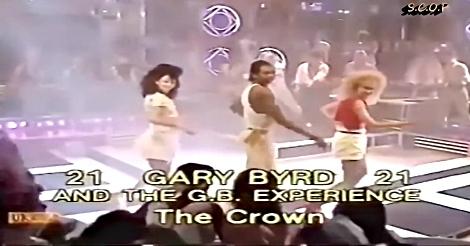 Lyrics for "The Crown"

Read “The crown” by Gary byrd & the g.b. experience on Genius