When the two former members of rock band Thin Lizzy announced they were collaborating again to release a single, you just knew you were in for a musical thrill. "Out in the Fields" was used as an outlet for the pair to voice their concerns over the religious turbulence in Northern Ireland, a country where both men were born and grew-up in.

The song was recorded in 1984 and released by 10 Records the following year. Produced by Peter Collins, the track spent three weeks inside the top ten singles chart in the UK. By 26th May 1985 the single had climbed to #8, peaking at #5 on 2nd June, before falling to #7 on the 9th June and out of the top ten the following week. In fact, this was the best performing single that both artists would experience as solo artists. The single also reached #3 in Ireland and #2 in Sweden and Norway. 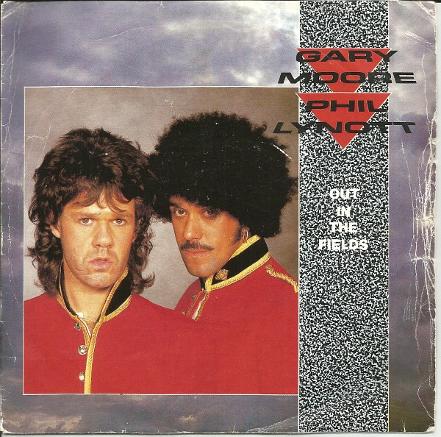 The B-side on the 7" and 12" was a track entitled Military Man which was written by Lynott. The 12" vinyl also included Still In Love With You which was also penned by Lynott. A limited edition 7" double pack included a fourth track Stop Messin' Around which was written by the former manager of Fleetwood Mac, Clifford Adams, and their guitarist and founding member, Peter Green.

Dependent on drugs and alcohol, Phil Lynott collapsed on Christmas day in 1986 at his home in Kew, Richmond-upon-Thames. He sadly died from Pneumonia and septicaemia on 4th January 1986, aged just 36.

Gary Moore died from a heart attack on 6th February 2011. It is believed that he had a huge amount of alcohol in his system which caused his death.

This was not the first time that Moore & Lynott had paired up for a single. The duo also had a hit in the 1970s with Parisienne Walkways, which peaked at #8 in the UK during May 1978. 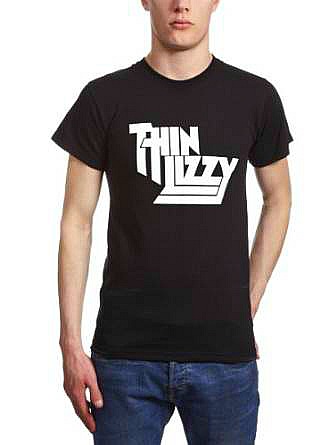 Out In The Fields - The Very Best Of Gary Moore