On this page, you will find information about Gary Numan's early years from 1977 through to 1984. The video playlist above is from the official channel and features 123 videos! I simply haven't yet found the time to write about anything released from 1984 onwards, but hope to include info at some point in the future - hopefully!
Numan has often been described as the synthesizer king of the eighties (or words to that effect), and the awesome analogue sound on the singles "Cars" and "Are Friends Electric?" certainly gave me goosebumps back in the day, which made me realise that I was most definitely going to spend my life being a synth head! But a couple of things that really helped him stand out from other 80s synthpop acts, was his truly unique voice and the robotic, de-humanised look.
However, Numan was an extremely self-conscious person and was regularly on antidepressants. He stated in 2001 that he had "a mild form of Asperger syndrome".

According to Gary's latest autobiography (R)evolution, Gary tried to audition as a guitarist for The Jam, before they became famous, although he was unsuccessful. His Dad had bought him a Gibson Les Paul electric guitar for his 15th birthday, and he used it to play in various bands before forming Tubeway Army in 1977. They were initially a punk band, but eventually morphed into an electronic outfit.
The band went through many line-up changes and also decided to stop performing live gigs in London, as the punk scene had become too violent. Their final gig with The Skids became so violent, they had to abandon the set halfway through! The band decided to record an album's worth of punk demo tapes, and they were signed by the Beggar's Banquet record label in 1978.
Numan was the frontman, writer and producer for Tubeway Army, who scored a No.1 hit in the UK singles chart with the classic synth track "Are Friends Electric?". Helped by exposure in an advert for Lee Cooper jeans, the single took seven weeks to reach No.1 at the end of June 1979, and the album from which it was lifted, Replicas, simultaneously achieved No.1 in the album charts.

Previously, the release of the band's self-titled debut album had been in limited numbers only, but a re-release in mid 1979 (with new stencil cover art as shown below) saw it climb the album charts to peak at No.14. Although many of the lyrics were based on a dystopian sci-fi theme, the music was still very much guitar and drum-based, and the only synth used on the album was a Minimoog, which they stumbled upon in the studio.
Amazon's Gary Numan Store 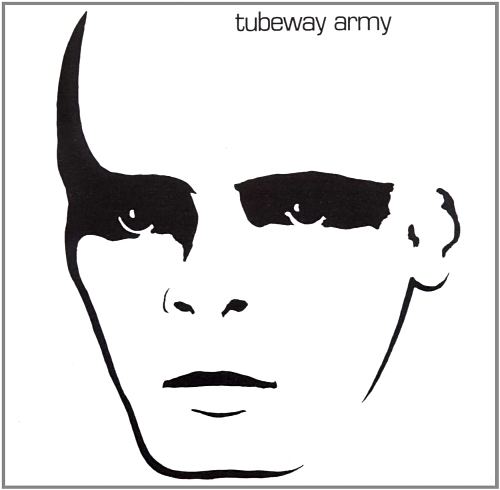 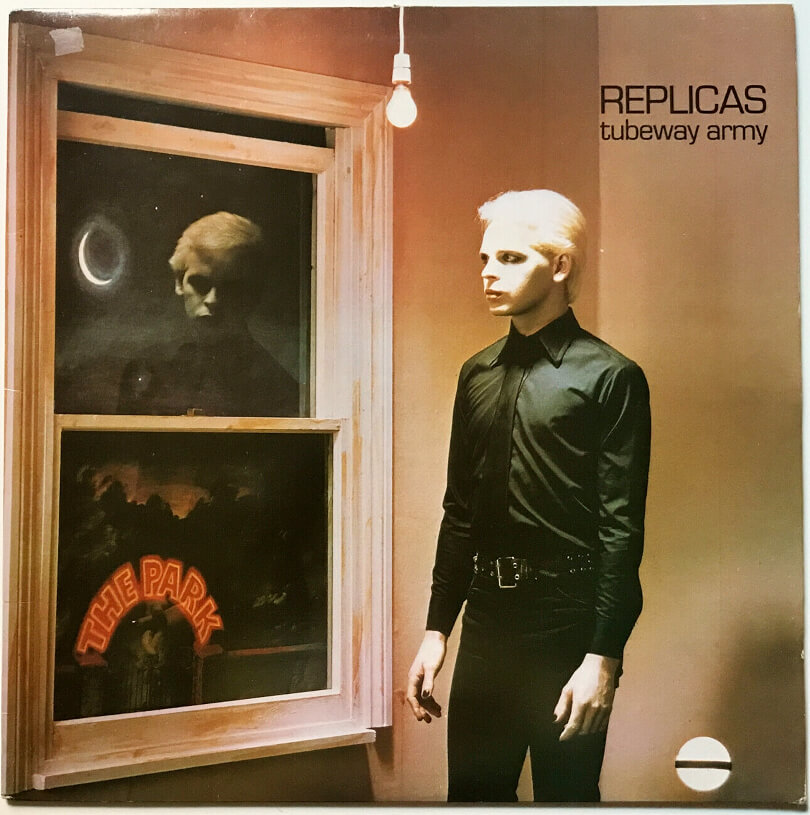 It is with Tubeway Army's second album that Numan first developed his androgynous/android style image, and the use of synths became much more prominent. Although this was the last official Tubeway Army album, the band members continued to work with Gary even though he started to release material using only his own name.

Gary's first release under his own name was "Cars", on 21st August 1979, that was taken from the forthcoming album The Pleasure Principle. The B-side was a non-LP track called "Asylum", that was added as a bonus track to the album when it was re-released on CD.

"Cars" has been a UK Top 20 hit for Numan in three successive decades. First the original release that I've already mentioned in 1979, then in 1987 as the 'E Reg Model' remix (reaching No.16), and again in 1996 following its use in an advertisement for Carling Premier beer, and reaching No.17. 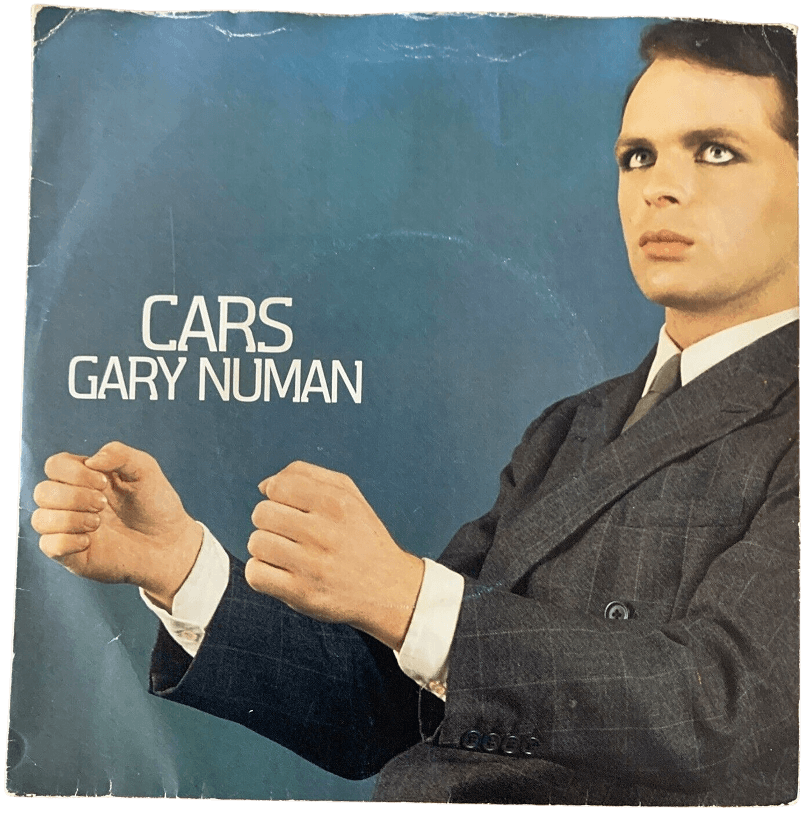 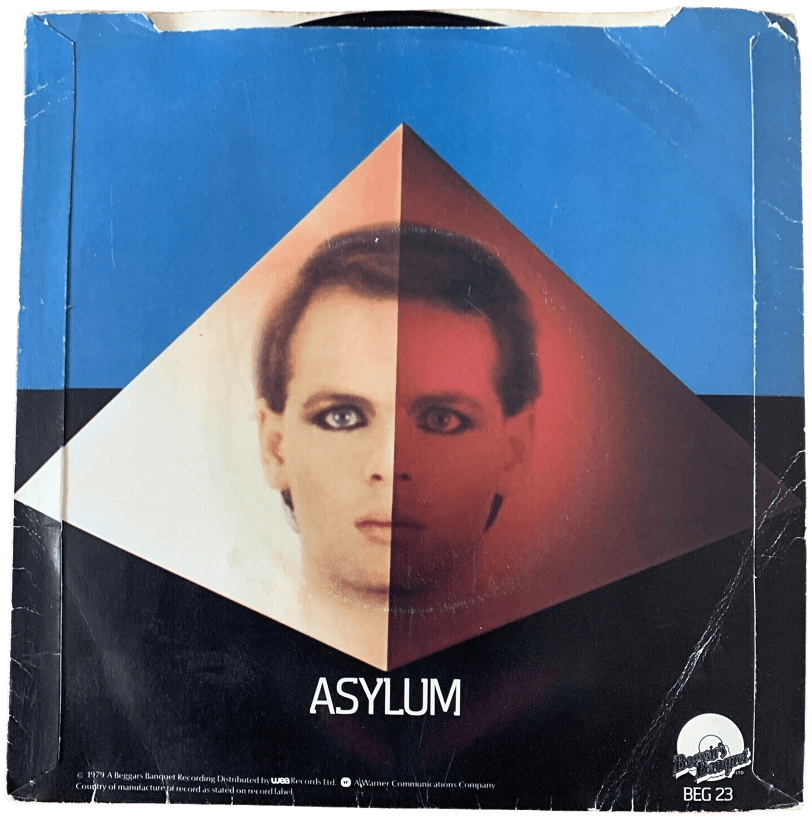 Released in September 1979, The Pleasure Principle was Gary Numan's first album to use only his own name. For the album, he completely ditched the guitars, instead using a range of synthesizers including a Minimoog (which he also used on the previous album Replicas) and Polymoog, with liberal use of electronic percussion and effects such as flanger and phaser. 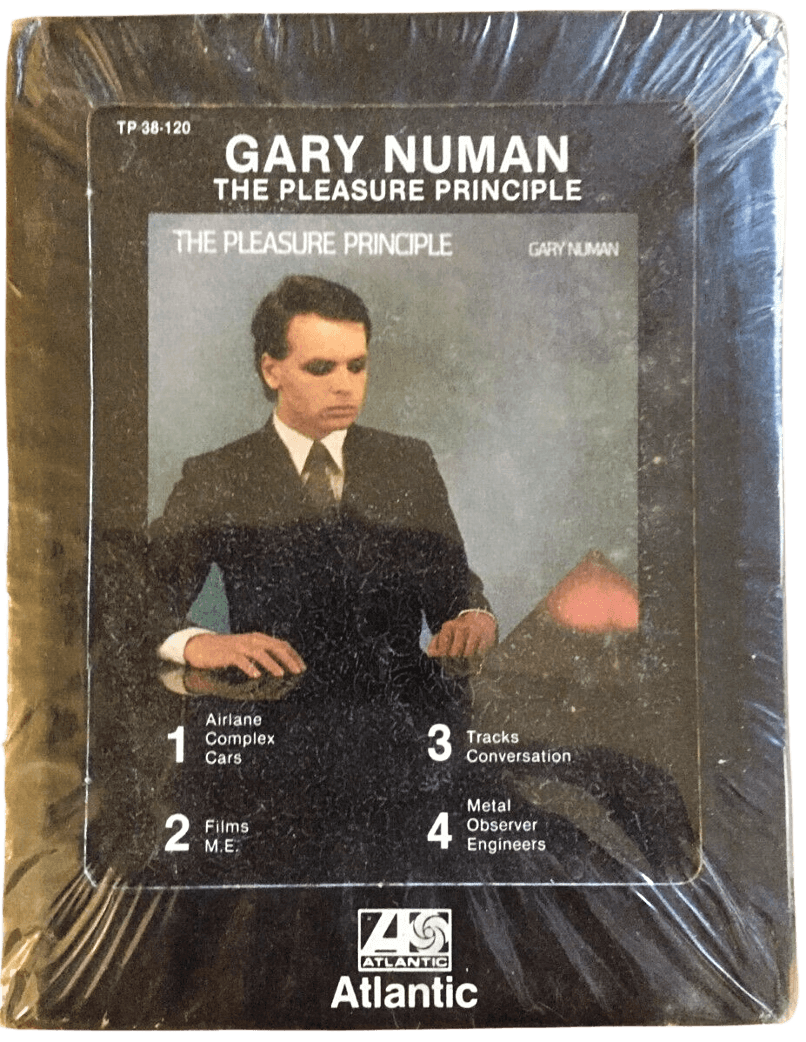 "Complex" was Numan's second and last single from The Pleasure Principle and the follow-up to the chart-topping Cars. Although this track receives nowhere near the airplay of Cars, this was still a major hit, reaching #6 in the UK. 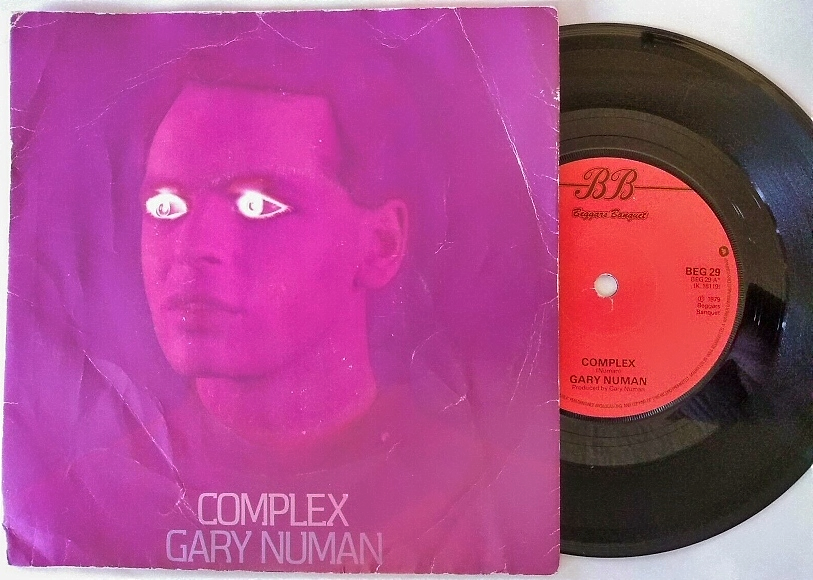 "We Are Glass" was Gary Numan's third single release under his own name and it was another Top 10 hit. This song wasn't originally added to the UK release of the second solo album, Telekon (1980) but was added to the US version.

We Are Glass reached number 5 in the UK singles chart in 1980. 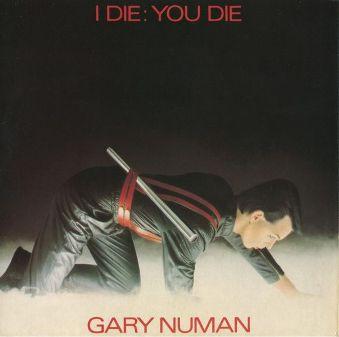 I Die:You Die was Numan's fourth single release (it released in many different colours), reaching #6 in the British singles chart.

Telekon entered the British album charts at No.1 in September 1980, making it Numan's third consecutive No.1 album. He re-introduced guitars and strings, and additional synths were used including a Roland Jupiter-4, ARP Pro Soloist and Sequential Circuits Phophet-5.
The initial release of the album included a free single which included live recordings from The Touring Principle Tour; "Remember I Was Vapour" and "On Broadway". I remember that it came in a plain black sleeve. To further boost sales of the album, a year later, a free poster was included with the LP. The cassette version featured an extra two songs, which were the two non-album singles "We Are Glass" and "I Die: You Die", which were not included on the vinyl LP. A CD reissue in 1998 included five bonus tracks. 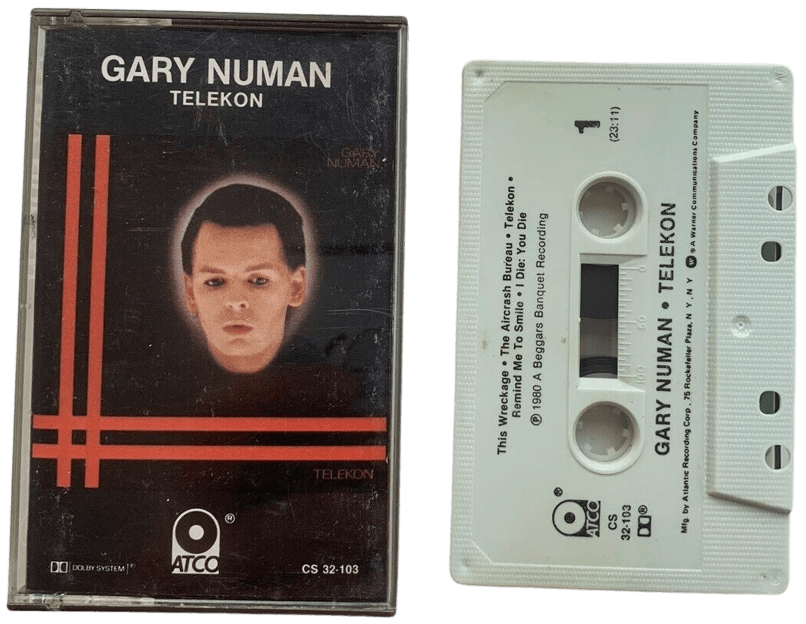 Dance was Gary Numan's third solo studio album and was released in September 1981, peaking at No.3 in the British album charts. The album doesn't live up to its title, though, and trying to dance to it would be pretty hard work as it's a pretty down-tempo, sombre affair and was very experimental. I never found it an easy or pleasurable listen, and it's not an album I would recommend for anyone but die hard fans. Three tracks were released as singles during 1981; "Stormtrooper In Drag" (with Paul Gardiner, the bass blayer with Tubeway Army), "She's Got Claws" and "Love Needs No Disguise". 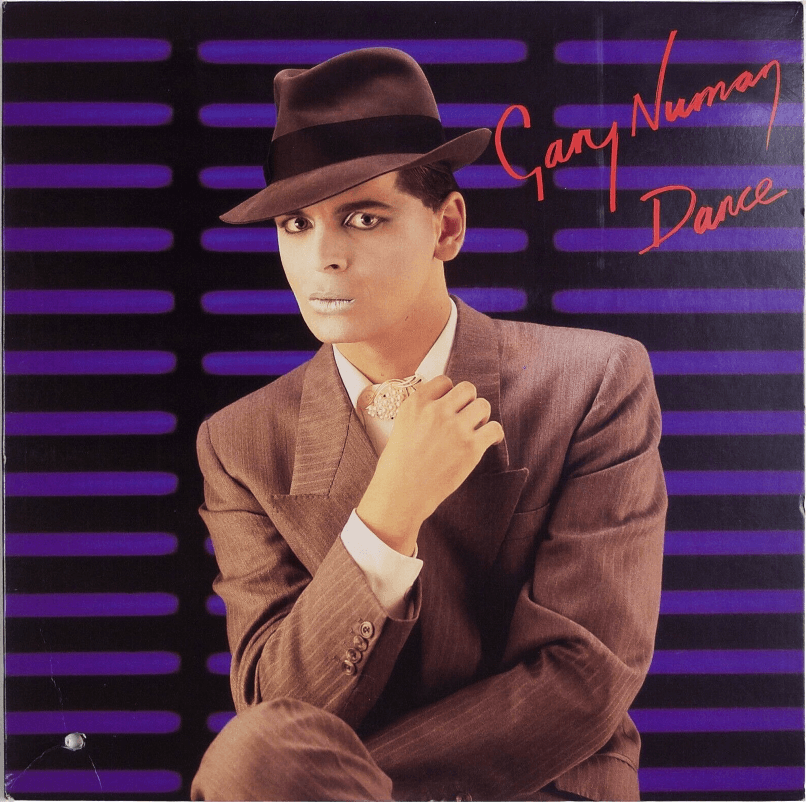 Released on 10th September 1982, the fourth solo studio album, I, Assassin peaked at #8 in the UK album charts. It included the three singles; "Music For Chameleons", "We Take Mystery (To Bed)" and "White Boys And Heroes".

As with Dance, Numan continued being experimental and included jazz elements in his songs. However, many tracks also included an added funk element, and overall the album featured more pronounced bass and percussion. 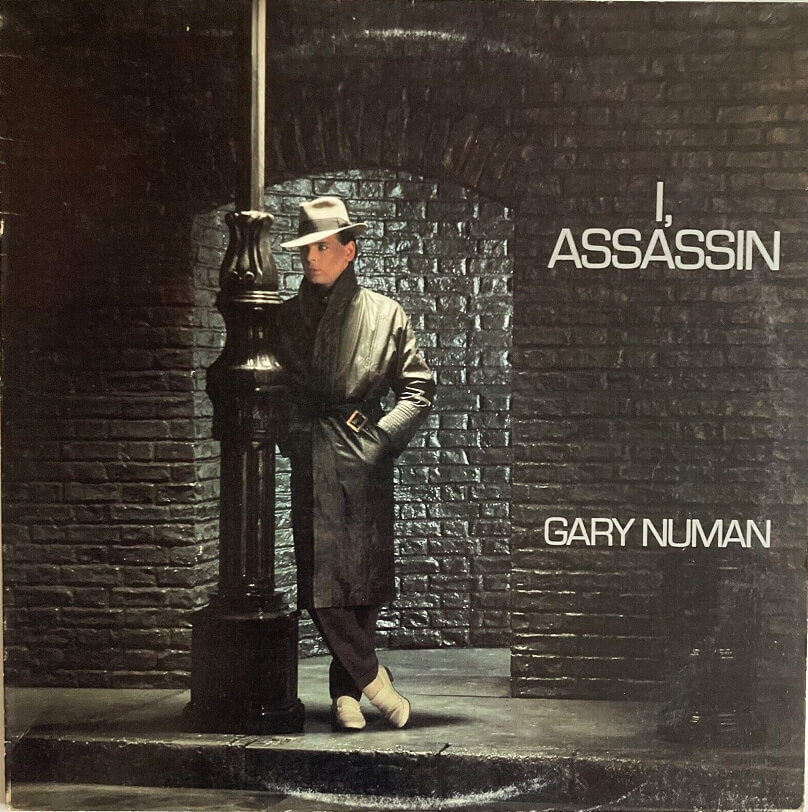 The Warriors album was the last to be released on the Beggars Banquet record label. Numan started recording the album in May 1983 at Rock City Studios in Shepperton, Surrey, England. It reached no.12 in the UK and this was the first album not to make the top 10.
This was the first album on which Numan worked with a co-producer (Bill Nelson) - had had produced previous albums entirely by himself - and this displeased many fans who felt that Numan's distinctive sound had destroyed on this album. Indeed, the decision to rope in another producer was not a decision that Numan took lightly, and in an effort to persuade him, WEA managing director, Mike Heap, promised him an almost unlimited promotional budget. Unfortunately for Gary, Heap was sacked and the record company refused to cover the costs.
Numan and Nelson quarrelled over how the album should sound, and their relationship deteriorated during the recording of the album. Many new musicians played on the album, with Nelson himself on guitars, Dick Morrisey on Saxophone (he had previously played on the Blade Runner soundtrack and Numan was so impressed with him that he played on a further five albums), and Tracey Ackerman providing backing vocals. Drummer Cedric Sharpley, keybaordist Chris Payne and guitarist Russell bell also played on the album, although they had been working with Numan since 1979. 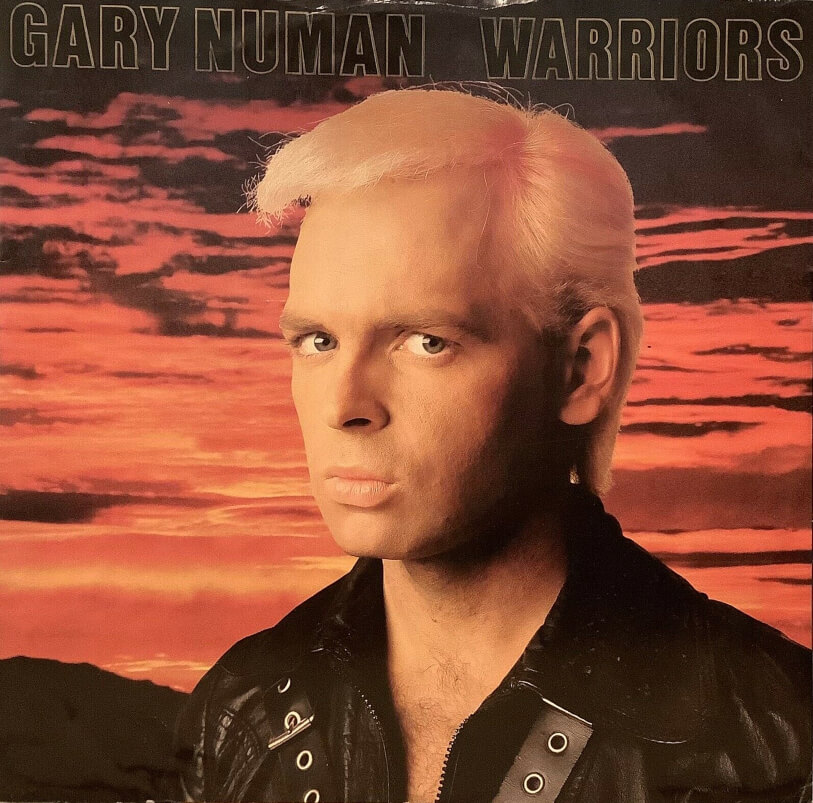 Warriors was the lead single and title track from Numan's seventh studio album and reached #20 in the UK. It was the first of two tracks which were released as singles, with the second being Sister Surprise which peaked at #32. On the sleeve and in the video, we see Numan sporting a new Mad Max fashion style. 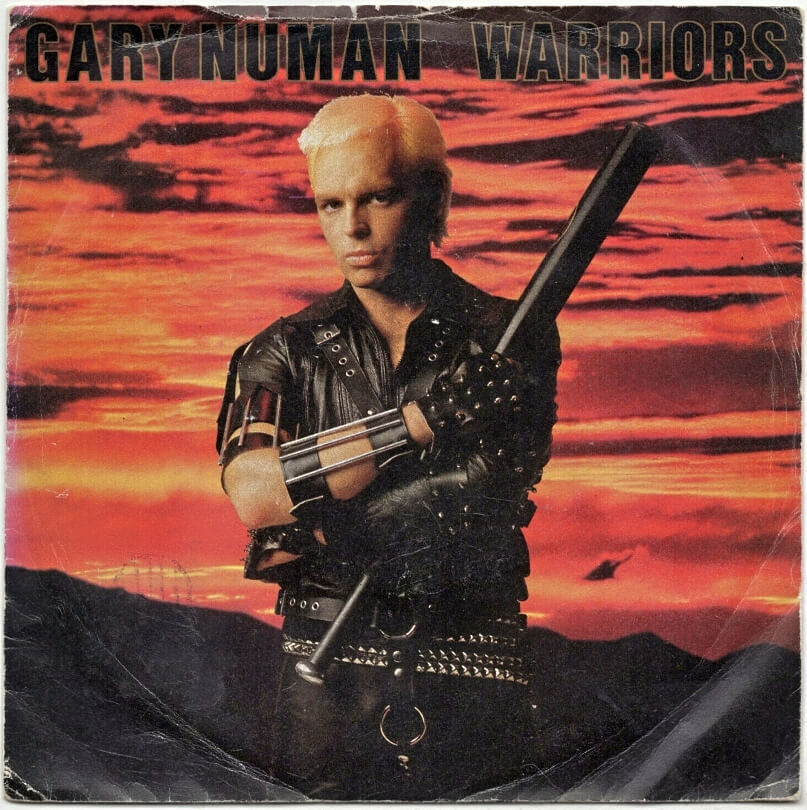 Gary's sixth solo studio album was the first to be released on his own label Numa Records, which gave him complete control over his work. Released on 9th November 1984, all of the songs were penned and produced by Numan. Two singles were released from the album, which were "Berzerker" (peaked at No.32 in the UK) and "My Dying Machine" (reached No.66). This was his first album not to break into the top 40, peaking at No.45.
The album featured an interesting blend of electro rock, industrial rock, synthpop and funk, and was certainly edgier, louder and more aggressive than his previous work, and featured a heavy use of samples.
The title track is my favourite on the album, being dark but melodic with a heavy percussion sound. Indeed, the industrial percussion is quite prominent throughout the album. Although it wasn't commercially successful and wasn't well-received by many critics, I thoroughly enjoyed listening to this album back in 1984. It's definitely my kind of sound.

Chart positions shown are for the UK album chart. 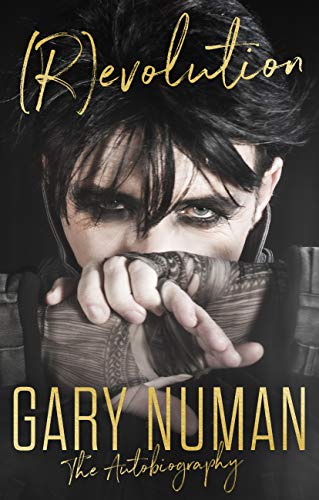 (R)evolution The Autobiography by Gary NumanBUY from AMAZON

Here is Gary Numan performing Warriors on the kids TV programme Crackerjack! Remember how the show used to start? "It's Friday, it's five to five and it's Crackerjack!". Erm, I'm really not sure about that blonde hair, though, Gary! 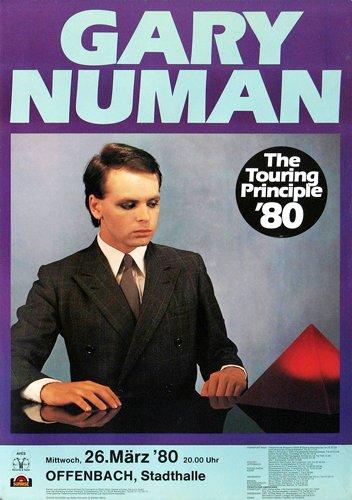 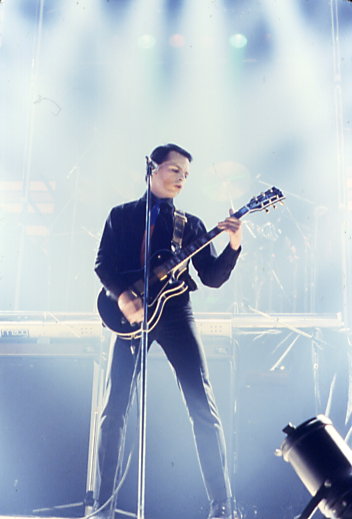 Image of Gary Numan performing in 1980 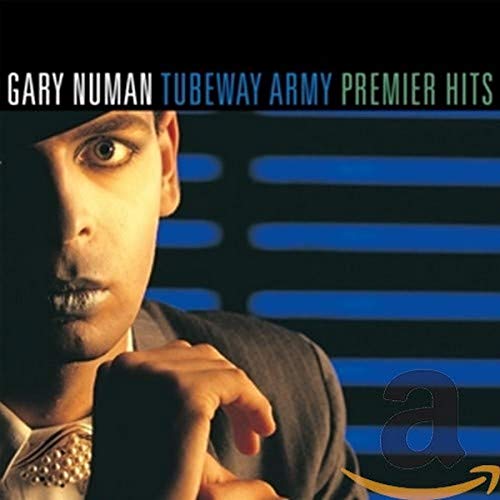 Premier Hits: The Best of Gary NumanBUY from AMAZON